Rich is a freelance musician, arranger and recording artist living in the Twin Cities. He performs on all woodwinds and keyboard with many local and national artists in a variety of musical styles from symphonic to contemporary popular music. Some recent recordings featuring his playing include two albums by Kenne Thomas; Yesterdays, & Woodlawn, Joyann Parker’s album, Out of the Dark, The Freier Department album, Dysfunction and Leslie Vincent’s album, These Foolish Things which includes his arrangement of Ain’t Misbehavin’. Additional studio work includes recording sessions for Nashville- based recording artist Jessie Keys, synch music for TV and online shows, advertising as well as ESPN, and Credit Karma.

Some recent notable live performances include, Bayfront Blues Festival, 18th Annual So the World May Hear Gala with Grace VanderWaal, the Twin Cities Jazz Fest, Lower Town Funk and Blues Festival & Rainy Days and Mondays; A Tribute to the Music of The Carpenters.   Rich was the featured performer / soloist for the St. Cloud Symphony’s performances of Duke Ellington’s Nutcracker. Some of the artists Rich has performed with include, The Temptations, The Four Tops and Kenny Rodgers, Clark Terry, and Jack McDuff. Rich has extensive experience performing in and touring with productions of, I Am He Said; A Celebration of The Music of Neil Diamond, The 1940’s Radio Hour and A Little Night Music.

As an educator, Rich has been an adjunct instructor of music at a variety of colleges and universities and is currently an adjunct instructor at St. Cloud State University and Western Wyoming Community College.  Recent clinic / guest performer events include Paynesville High School and Southview Middle School.

Rich has earned a B.M. in Jazz Performance from Duquesne University and a Master of Music Degree from Boston University. 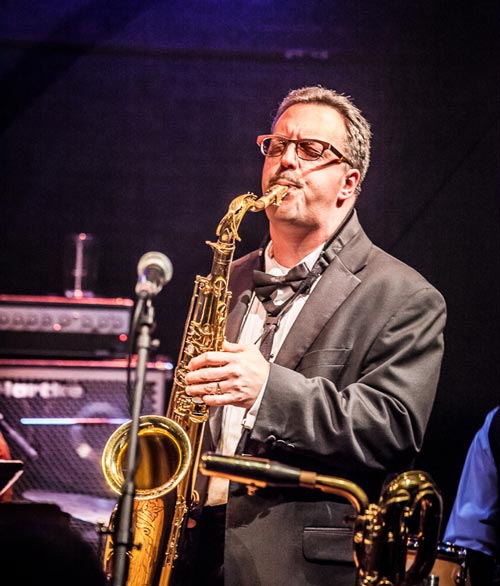