Patricia Kent holds degrees from the College of Saint Benedict and Queens College, as well as a DMA from the University of Minnesota, where she received the coveted Schussler Prize in voice. She studied in Manhattan with Sheila Schonbrun and Martin Lies, and in Minnesota with Larry Weller and Elizabeth Mannion.  Patricia is an esteemed performer in concert, recitals and opera. She has over forty oratorio and concert works in her repertoire. She has performed as soloist with the St. Paul Chamber Orchestra (SPCO) under Christopher Hogwood in performances of Bach's Christmas Oratorio. Ms. Kent has also sung with the SPCO under Hugh Wolff, Joel Revzen and John Harbison. She has performed with the Minnesota Orchestra (MO) with Joseph Silverstein for the orchestra's Viennese Sommerfest, and she also performed the role of the Mother in Amahl and the Night Visitors with the MO in 2003. In 2000, Ms. Kent made her European debut singing the soprano solos in Mendelssohn's Elijah under Benjamin Pope in London. In New York, Ms. Kent performed with the Greenwich Village Singers as the soprano soloist in the Mozart Requiem. In Minnesota, Patricia has performed as soloist with many regional organizations, including the Oratorio Society of Minnesota, the Bach Society, the Macalester Festival Chorale and the Augsburg Masterworks Chorale and the Rochester and Duluth Symphonies.

Patricia is also an eloquent performer in opera and recital. As an operatic soprano, she has performed roles as diverse as Ariadne in Ariadne auf Naxos, Rosamunde in Conrad Susa's Dangerous Liaisons, and Lady Billows in Albert Herring. She has recorded several CDs, including "La Vie Intérieure: Songs of Roussel, Poulenc, Duparc and Debussy" and "All in the Family: Songs of Fanny and Felix Mendelssohn" as well as singing on CD recordings with CSB/SJU faculty members Carolyn Finley and Ed Turley and the Minnesota AIDS Quilt Songbook. Patricia celebrates over thirty years of teaching at the College of Saint Benedict and Saint John's University, and she performs regularly with the faculty chamber music ensemble Pastiche. 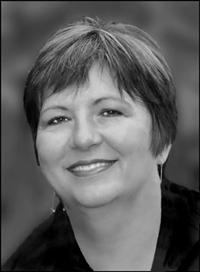