Lindsay Schlemmer is Adjunct Professor of Cello at the College of Saint Benedict and Saint John’s University.  She is also Executive Director and Cello Faculty for the Saint Mary’s University String Festival. She has served on the Thursday Musical Board as Educational Outreach Chair since 2018 and maintains a full private studio out of her home in South Minneapolis.

In addition to teaching, Lindsay enjoys a robust solo, chamber, and orchestral performance career. She regularly performs solo recitals at the University of Minnesota MorrisSaint Thomas University, and the Owatonna Arts Center , and was a featured soloist with Minnesota Public Radio’s 2016 live broadcast segment of “Before Bach’s Birthday Bash” concert series. She has also soloed with the Morris Chamber Orchestra, the Southwest Minnesota Orchestra, and the Illinois Wesleyan Civic Orchestra.

Passionate about chamber music, Lindsay is a founding member of the Meadowlark String Quartet,  an artistic partner of Saint Mary’s University in Winona and the former resident quartet of the Southwest Minnesota Orchestra. The quartet performs in a variety of concert settings from classrooms and public libraries, to traditional concert halls around the Twin Cities and across the state of Minnesota.

Lindsay also served as Principal Cellist of the Southwest Minnesota Orchestra from 2013-2018, and currently serves as a substitute for the Duluth Superior Symphony Orchestra, and Sioux City Symphony.

In 2013, Lindsay co-founded the Southwest Minnesota String Festival, overseeing and executing its growth from a weeklong camp to the ten-day intensive that is the Saint Mary’s University String Festival today. The festival gives students the opportunity to learn chamber music, participate in masterclasses, attend Minnesota Beethoven Festival Concerts, and perform a final concert with the guidance of the Meadowlark Quartet and other faculty.

In 2019, she received a scholarship to attend the Twin Cities Baroque Instrumental Program to broaden her knowledge of historically informed performance practice. 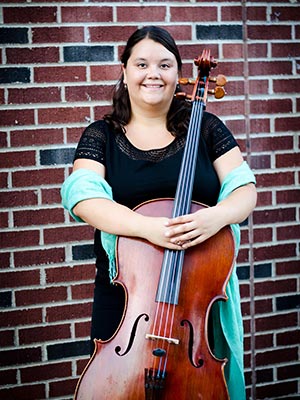