Dr. Kim Kasling is a Professor of Music, University Organist and Director of Liturgical Music Studies at Saint John’s University, Collegeville, Minnesota. He also serves as senior adjunct organist at the Basilica of St. Mary, Minneapolis, principal organist at Jehovah Lutheran, St. Paul; he coordinates the College of Saint Benedict and Saint John’s University Arts Series in the Twin Cities. Dr. Kasling was formerly on the faculties of Mankato State University and Western Michigan University in Kalamazoo.

He was a Fulbright Scholar under Anton Heiller for two years at the Hochschule fur Musik, Vienna, Austria. In the fall of 1985. while teaching at the University of Salzburg, Kasling studied performance practices in Salzburg and Vienna. In Winter/Spring of 1986, he was a student at the North Germany Organ Academy, Ostfriesland, West Germany. His organ teachers include Anton Heiller, Harald Vogel, Marilyn Mason, Raymond Daveluy and James Autenrith.

The recipient of numerous honors and awards, Dr. Kasling has toured widely, appearing in over 100 recitals in the past 10 years. In addition to concerts in the United States, he has performed with critical acclaim in Canada, Germany, France, Austria, Hungary, Finland, Holland and Poland. His articles have appeared in The Diapason, The Tracker and The American Music Teacher, along with reviews in Worship magazine. He has recorded on the Liturgical Press label and is frequently heard in the United States and Europe.

Dr. Kasling has led student tours of historic European Organs. He has adjudicated state and national organ playing competitions, and has been national committee chair of the National Association of Pastoral Musicians, as well as, former Province Govenor of Phi Mu Alpha Sinfonia.

Recipient of Archbishop’s Sweeney Award of Excellence and Proulgation of Constitution on the Sacred Liturgy, St. Paul Cathedral, December 5, 2003. 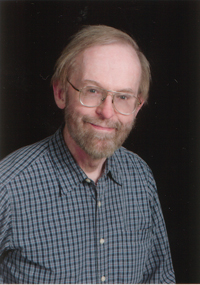