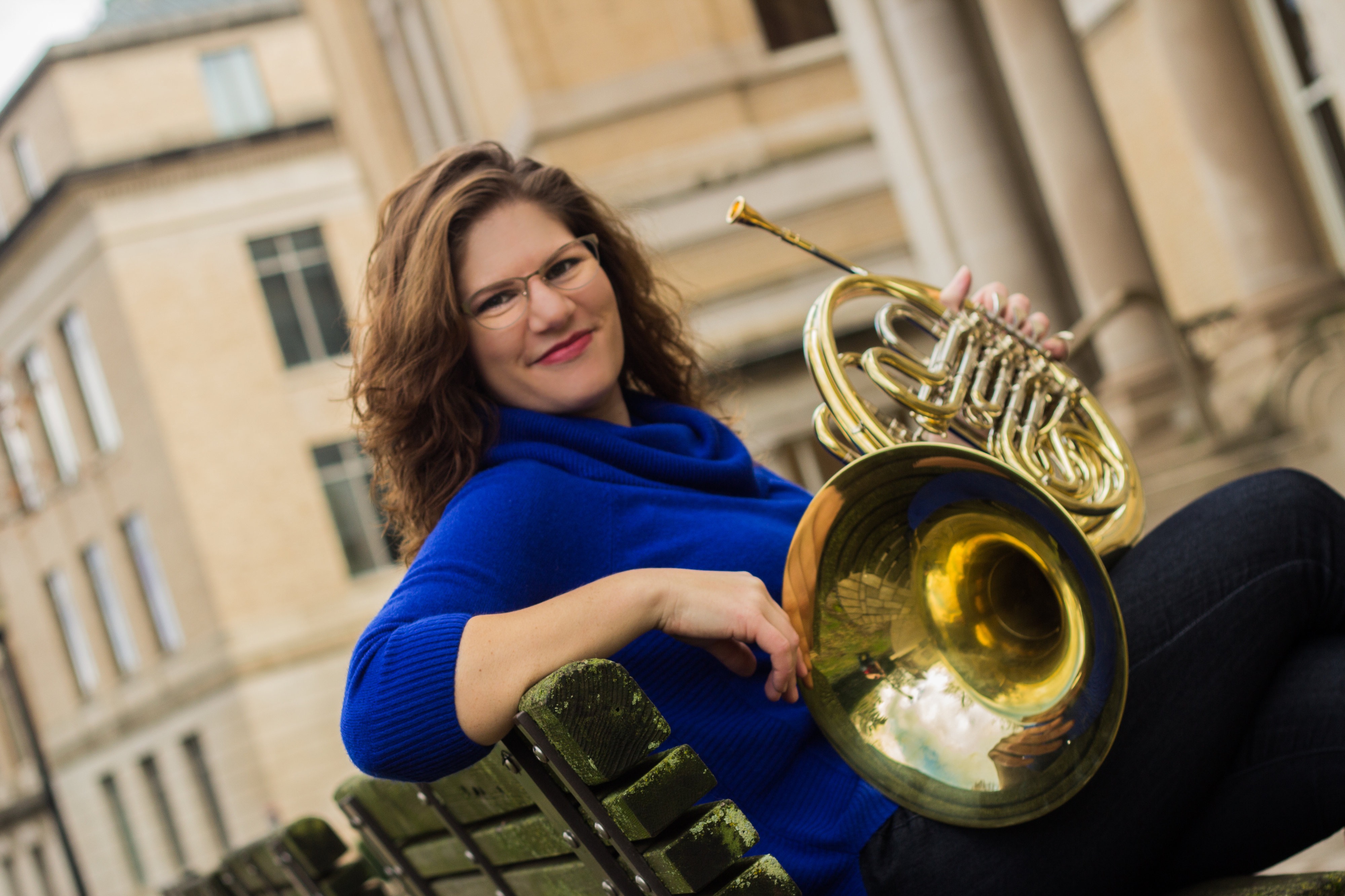 Jenna McBride-Harris, has enjoyed a varied freelance career performing and teaching in Ohio and Minnesota. After earning her Bachelor of Music degree from St. Olaf College in Northfield, MN, McBride-Harris moved to Ohio where she earned her masters and doctoral degrees at the University of Cincinnati College-Conservatory of Music and The Ohio State University respectively. In Ohio, she held positions as second horn in the Canton and Kentucky Symphony Orchestras and enjoyed performing with the Cincinnati Pops Orchestra, Dayton Philharmonic, and West Virginia Symphony Orchestra among others. She was also a founding member of two chamber ensembles; the Ohio River Brass Quintet, and JplaysH, a horn and harp duo. After a summer spent on the horn faculty at Interlochen Arts Camp in Michigan, Jenna relocated to the Twin Cities in August of 2017 where she has presented masterclasses, has enjoyed performing with the Minnesota Orchestra and Minnesota Opera, has established a private teaching studio in St. Paul and is the founding director of the Twin Cities High School Horn Club. McBride-Harris is also a founding member of two new Twin Cities based chamber ensembles, the North Star Winds and Minnesota’s premiere horn trio, SixtyThreeFeet. In the fall of 2018 she will be joining the faculties of both the University of Northwestern – St. Paul, and the College of Saint Benedict/Saint John’s University in St. Joseph, MN as instructor of horn.