The music of composer David Dies has been described as having a “sensitivity to subtle shades of timbre, exploitation of spare textures...and predilection for a certain ceremonial austerity that evokes ancient, remote, or hieratic ritual” ( American Record Guide on agevolmente). His music has also been described as “sometimes dissonant, sometimes lyrical, and always hugely inventive” ( Wisconsin State Journal on Sketches for String Orchestra).

Dies’ music balances between lyricism and economy, combining Romantic opulence with a contemporary attention to timbre and innovation, that keeps an eye on accessibility. His works often have deep ties to literature and language, most clearly in a piece like Prayers and Mediations, that brings together three texts by women mystics and sets them in their original languages: Spanish, medieval Latin and Arabic. Even his instrumental works are shaped by speech rhythms and poetic forms, such as his Sonetos for solo guitar or his orchestral work-in-progress, An American Ghazal. In every work, Dies draws the listener into a haunting, layered, hypnotic sound world that lingers on after the piece has ended. The ties to literature and the perfumed sound world of his music come together in his chamber opera, Ernest Hemingway’s Hills like White Elephants. The overture begins with an unaccompanied mezzo bartender singing a vocalise, and instrument-by-instrument, the orchestra joins her. After the climactic argument between the American couple, the mezzo returns to guide the audience through the denouement, with the opera ending as it began, with a single human voice.

Dies’ music has been performed on three continents and many cities, notably in London, New York, Chicago, Lima, Peru, Lenox, Massachusetts, Oberlin, Ohio, by nationally and internationally recognized performers, including pianist Christopher Taylor, sopranos Mimmi Fulmer and Judith Kellock, bassoonist Marc Vallon, and cellist Jakub Omsky, all of whom performed on the 2011 Albany Records release, agevolmente: chamber music of David Dies. In 2013, several of Dies’ works were featured on “Live on WFMT” in Chicago, performed by mezzo-soprano Julia Bentley and the Anaphora ensemble.

Dies and his long-time friend and colleague, electronic composer Doug van Nort (York University, Toronto, ON), have recently begun the very exciting “ beneath so many lids...” project, in association with soprano Sarah Brailey (Lorelei Ensemble, frequent guest artist with Roomful of Teeth). In this electroacoustic project, Dies and Brailey are providing raw material with Brailey’s recording of Dies’ settings of extracts from the German poet Rilke. Van Nort plans to manipulate the recordings, rendering them unrecognizable as the human voice, at which point the project will proceed in a variety of directions. These will include Dies writing a vocal part to be sung against Van Nort’s electronic results, Dies transcribing the electronics for acoustic ensemble and singer, both composers “remixing” any version of the piece for acoustic and/or electronic performance, and host of other forms that are expected to emerge through the collaboration.

David Dies actively pursues his work as a music theorist and educator, and gives papers and masterclasses both in the US and UK. 2013 saw the publication of his chapter, “Defining Spiritual Minimalism,” in the Ashgate Research Companion to Minimalist and Postminimalist Music. He is a regular contributor to publications such as “I Care If You Listen” and has been involved in curating and adjudicating for a variety of music associations.  He is currently teaching music theory, music history and music technology at the College of Saint Benedict and Saint John’s University. 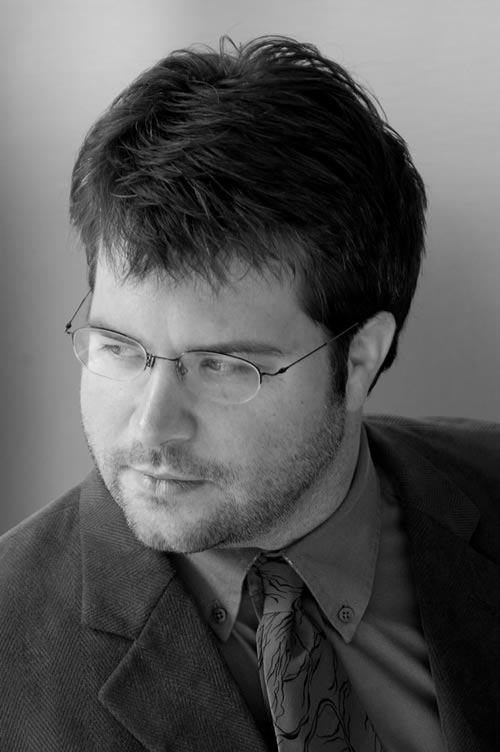