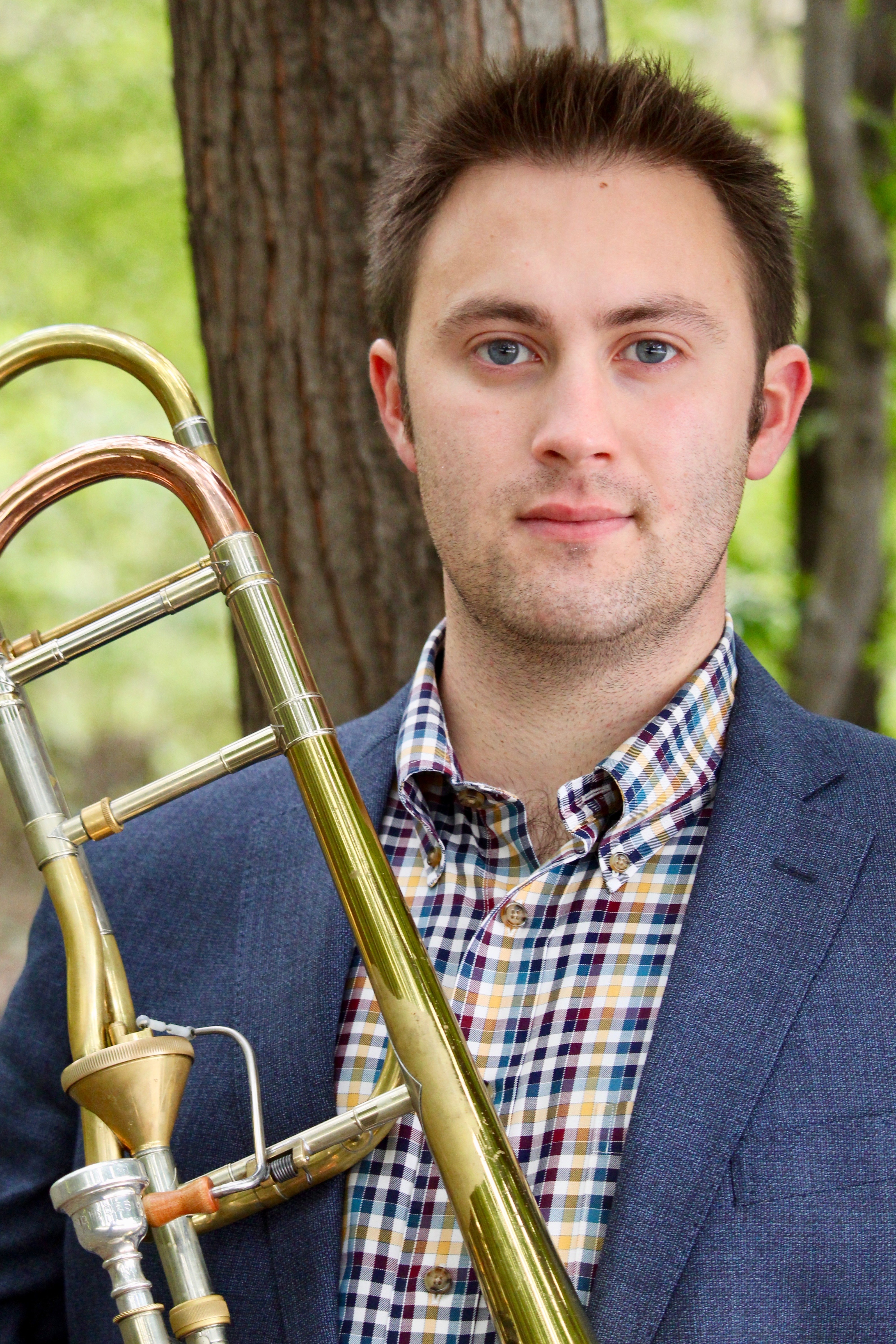 Canadian-American trombonist Carson King-Fournier is a prominent freelance musician based in the Twin Cities, Minnesota. He is currently the Adjunct Professor of Trombone at the College of Saint Benedict and Saint John’s University. Carson holds a Bachelor of Music Degree from the Juilliard School in New York City, and a Master of Music Degree from Northwestern University in Evanston, IL. His principal teachers include Joseph Alessi, Michael Mulcahy, R. Douglas Wright, Kari Sundstrom, and Dr. John Tranter.

Carson has performed with a variety of ensembles including the Chicago Symphony Orchestra, Minnesota Orchestra, Milwaukee Symphony Orchestra, and the United States Military Academy Band at West Point among others. He also has participated in many summer music festivals including the Ravinia Festival, Colorado College Music Festival, Lakes Area Music Festival, Campos do Jordão International Winter Festival, and the Tanglewood Music Centre Festival. He regularly performs in a multitude of styles, and on alto & tenor trombone, bass trombone, euphonium, and sackbut.

As an educator, and in addition to his duties at CSB/SJU, Carson held a Graduate Assistantship as the Assistant Director of the Basketball and Athletic Bands at Northwestern University. Additionally, he held a teaching fellowship in Juilliard’s Music Advancement Program, and has taught private lessons on trombone, euphonium, and tuba since 2015. His students have gone on to study music at institutions such as the University of Wisconsin at Eau Claire, Juilliard Pre-College, and State University of New York at Fredonia.

In 2011, Carson placed 5th in the International Trombone Association (ITA) Frank Smith Competition, in 2013 he was runner-up for the ITA Robert Marsteller Competition, and was runner-up in the 2014 ITA Trombone Quartet Competition with his group from Northwestern, the Lakeside Quartet. Additionally, in 2014 he was selected as one of seven brass Semi-Finalists in the Orchestre Symphonique de Montreal (OSM) Standard Life Competition, the most prestigious classical competition in Canada.