Brendon Bushman is a freelance musician and teacher based in the greater Twin Cities. He is currently principal oboist of the Saint Cloud Symphony Orchestra, oboe faculty at the College of Saint Benedict and Saint John’s University and the University of Minnesota, Morris, and maintains private studios in St. Cloud & St. Louis Park. Having taught privately since 2001, his students have made district and state level honor bands in Georgia, Texas, and Minnesota, and have gone on to study music at colleges including Florida State University, Arizona State University, and Louisiana State University.

In addition to the SCSO, Brendon can often be heard with the South Dakota Symphony Orchestra, Duluth Superior Symphony Orchestra, Journey North Opera, Minnesota Dance Theatre, and accompanying Twin Cities choral groups including VocaleEssence and the South Metro Chorale. He is a former member of the Spartanburg Philharmonic Orchestra (SC), Union Symphony Orchestra (NC), Round Rock Symphony (TX), and Capitol City Opera (GA), and over the last 20 years has performed with regional orchestras throughout the southeastern US and Texas. In 2004, he served as principal oboist on the southeastern tour of “The Pirates of Penzance” with the NY Gilbert & Sullivan Players (NYGASP).

A dedicated chamber musician, Brendon can be heard with the SCSO woodwind quintet as a part of the “Classics For Kids” outreach program which reaches over 1,400 students each year. Previous engagements include Trio Vientos, The Northstar Winds, The Antithesis Project, Charlotte based new music collective Out of Bounds Ensemble, Mercury Season, and The Highland 5 Quintet. From 2005-2008, he was a core member of the Atlanta Chamber Winds, including performing on their 2009 Albany Records CD & Digital release, Music from Paris.

Mr. Bushman received his Bachelor of Music in Oboe Performance at the University of Texas at Austin, studied oboe and studio art at Indiana University Bloomington, and finishes his Masters in Music at the University of Minnesota this spring. His primary teachers include John Snow, Rebecca Henderson, Nicholas Daniel, Theodore Baskin, Anne Leek, & Yvonne Powers Peterson.

Brendon lives in St. Cloud with his wife Catharine, daughters Emmaline & Zadie, and their dog Kona. When not making reeds, Brendon enjoys exploring gravel roads across Minnesota on his bike, hiking & camping with his kids, & good coffee. 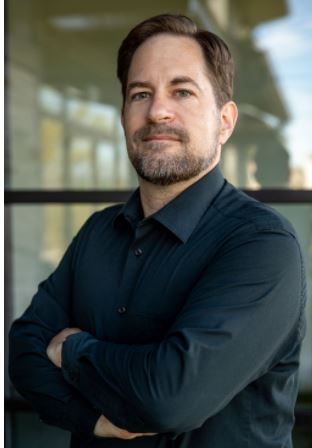