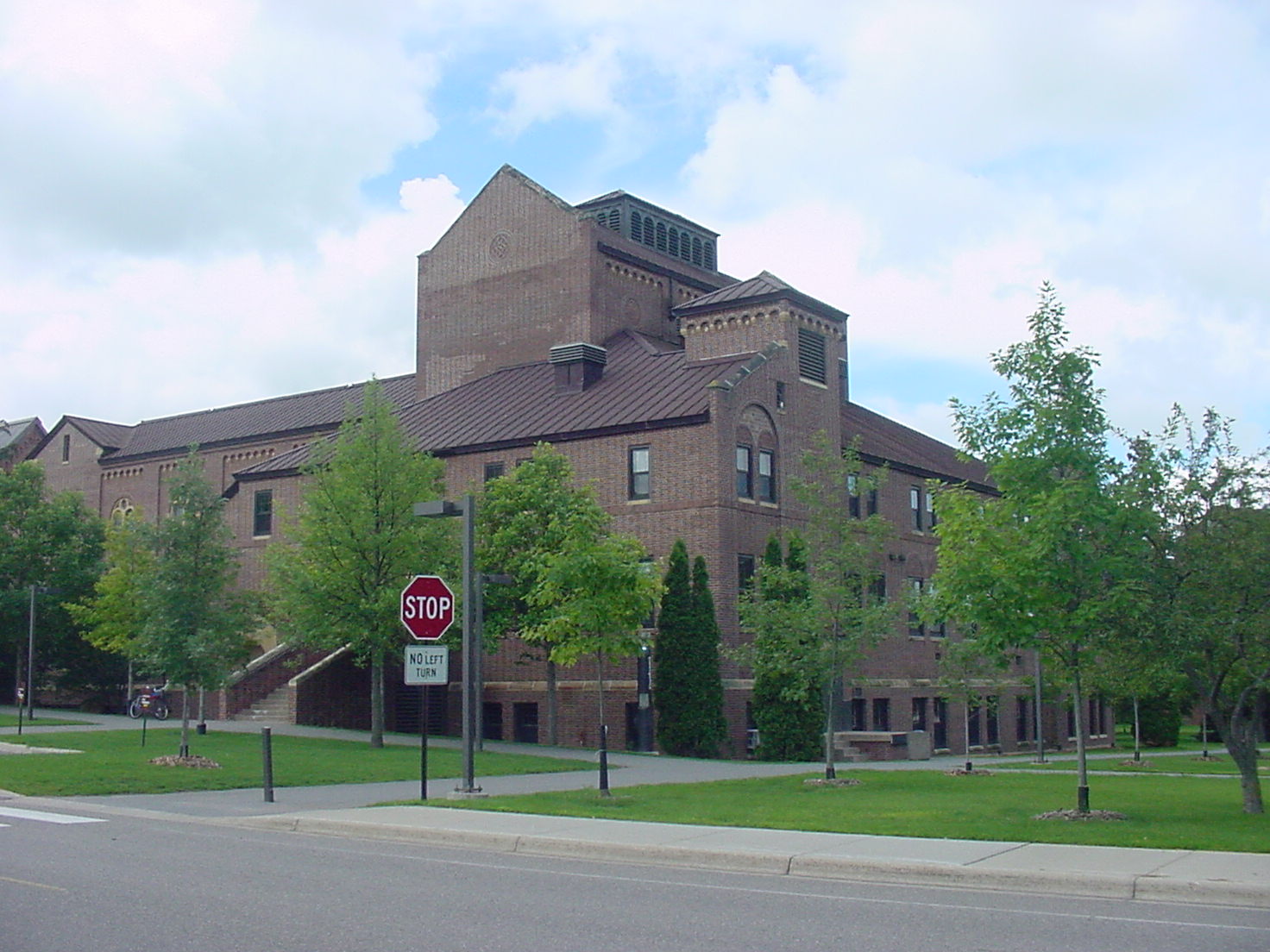 The Music Hall and Stephen B. Humphrey Theater is the music department's home on the St. John's campus. The building centers around the 550-seat theater, a space often used for chamber performances, student recitals, and Fine Arts Programming events. The Music Hall is also home to faculty studios, classrooms, an array of practice rooms holding a total of 15 pianos and 3 practice organs, an electronic music lab, percussion studios, the Choral Rehearsal Hall, and the Gertken Organ Studio. The St. John's Boys' Choir and Fine Arts Programming also have their offices in the building. 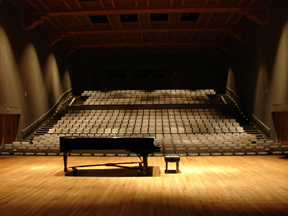 The primary performance space in the Music Hall is the Stephen B. Humphrey Theater, a beautiful 550-seat auditorium. The theater is used by the music department for student recitals, chamber ensemble performances, opera and musical theater performances, and recordings. Other departments, including the Theater Department and Fine Arts Programming, utilize the space. Two 9-foot Steinway concert grands are available for use in the theater. 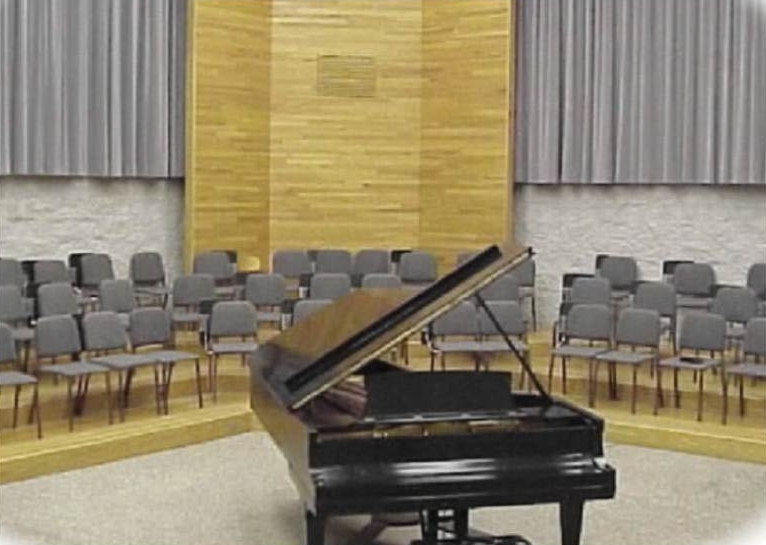 The Chamber Choir, Men's Chorus, and All-College Choir all hold their rehearsals in the Choral Rehearsal Hall. The space is also used for Thursday Recitals. Part of a major renovation, the rehearsal hall was added to the Music Hall in 1985. The piano in the hall is a fully-restored turn-of-the-century 9-foot Steinway concert grand. The top floor of the Music Hall is home to a total of 16 practice rooms with 15 pianos and 2 organs, one electric and one small tracker pipe organ. There is also a larger practice organ studio on the main floor, which with the Gertken organ brings the total to four organs in the building alone. The practice rooms are divided into A, B, and C rooms. The C rooms are available for anyone to use and are always unlocked. The B rooms are equipped with upright pianos and are reserved for music majors, while the A rooms contain grand pianos and are reserved for piano majors. Keys for A and B rooms may be obtained by talking to the department coordinator. 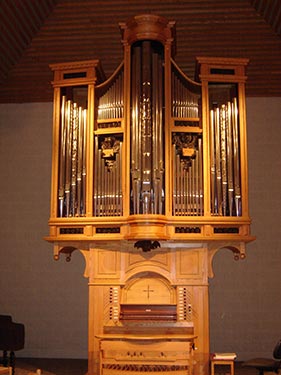 Added to the building in 1985, the Gerken Organ Studio is one of the unique gems of the Music Hall. Organ students take lessons, practice, have studio class and perform on the beautiful 21-stop tracker instrument in the studio. One Student Performance Series per semester is held in the Organ Studio and is reserved for organ students. Students also give recitals in the Gertken Studio.

The Electronic Music Lab is a full MIDI computer studio. The lab provides students with a space to work on electronic compositions and to record. Access to the lab requires a key from the department office and is granted with approval from composition professors Dr. Brian Campbell or Dr. David Dies. 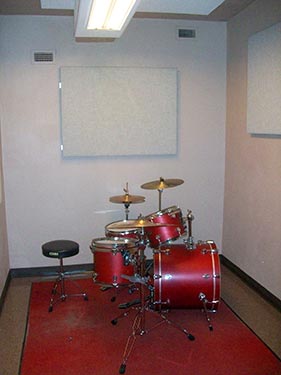 While the main percussion studios for the colleges are located in the Benedicta Arts Center, there are also spaces available in the Music Hall for students to store and practice their own personal percussion instruments. Interested students should talk to the department coordinator for keys and access to the studios. 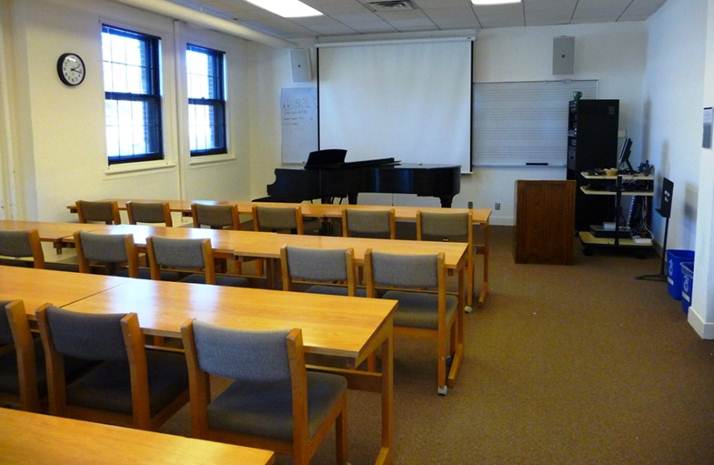 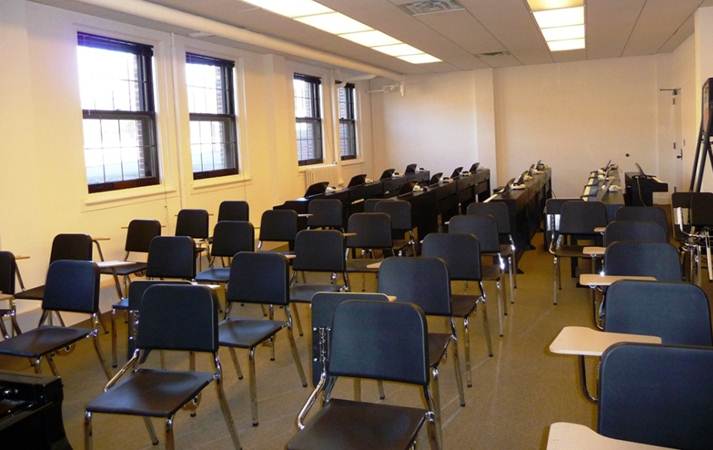