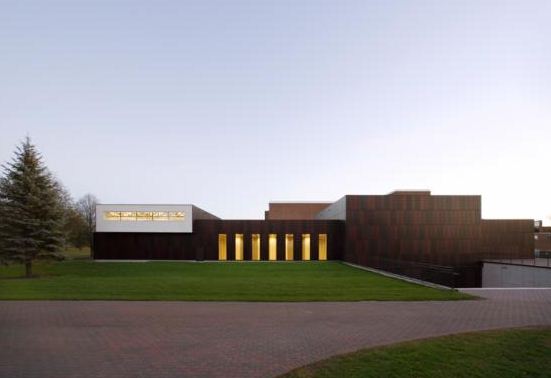 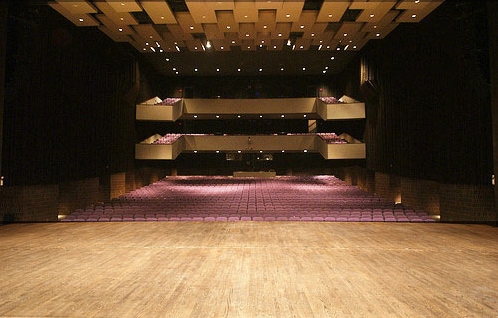 The Escher Auditorium is the largest performance space at the College of St. Benedict. The auditorium is named for Sister Firmin Escher, OSB,  a former music professor at St. Ben's and an instrumental figure in the construction of the BAC. The incredible space seats 1,078 and features excellent acoustics throughout the entire auditorium. The acoustics in the hall are so fine that Escher was used as a model for Orchestra Hall in Minneapolis, the site of performances of the Minnesota Orchestra. The CSB|SJU Orchestra, Wind Ensemble, Jazz Ensemble, Symphonic Band, and many chamber ensembles regularly perform in Escher Auditorium, along with numerous off-campus groups. 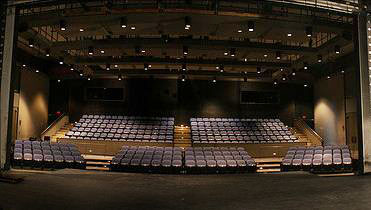 The Gorecki Family Theater is connected by a movable wall to the Escher Auditorium stage, and the two share a common stage house. The Gorecki Theater is a small, but highly versatile space, and the seating and stage are able to be moved in a variety of arrangements, including a standard theater stadium setup, a thrust stage format, and a jazz cabaret arrangement with both theater and table seating. The Gorecki Theater provides an intimate setting for performances by String Chamber Ensembles and the Jazz Ensemble and Combos, as well as for plays and musical theater productions by the Theater Department. 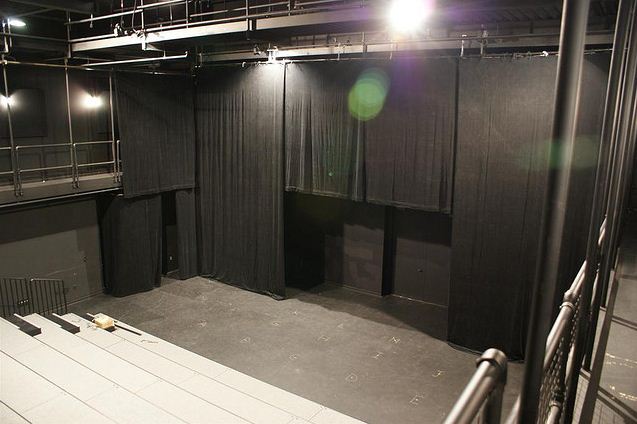 The Colman Theater, named for former CSB President and Theater Professor Colman O'Connell, OSB, is an intimate black box theater. The space is even more versatile than the Gorecki Theater, able to be arranged in any setup imaginable. While it is primarily a theatrical performance space, the Colman also occasionally hosts music events, most recently the 2018 Opera Workshop production of Meanwhile, Back at Cinderella's. 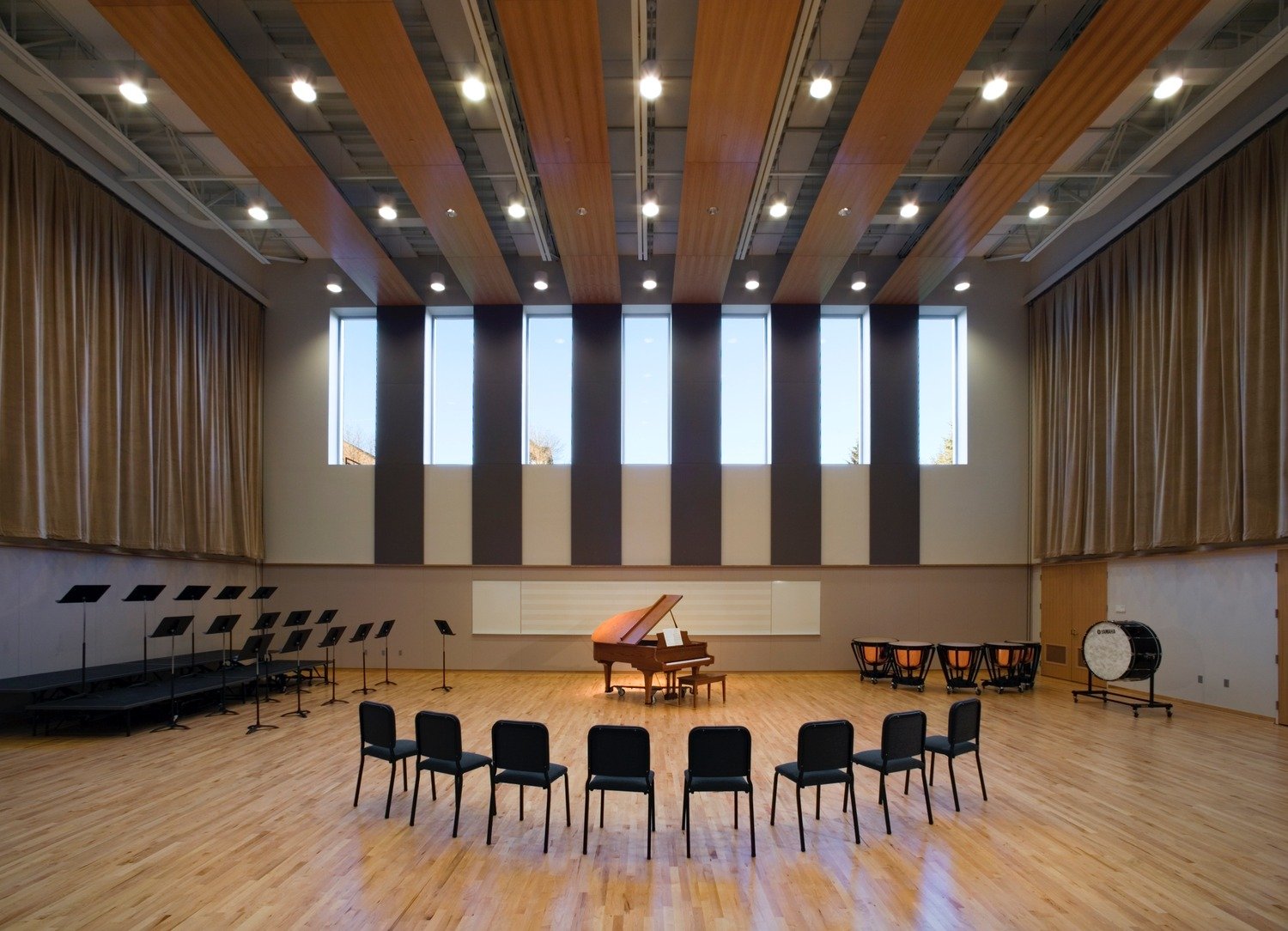 Part of a major expansion and renovation in 2006, the Music Rehearsal Hall is the primary rehearsal space for the Wind Ensemble, Orchestra, Jazz Ensemble, Symphonic Band, and many chamber ensembles. Additionally, the hall functions as a classroom for several courses, including conducting and instrumental methods classes. The piano in the hall is a 7-foot Steinway grand. 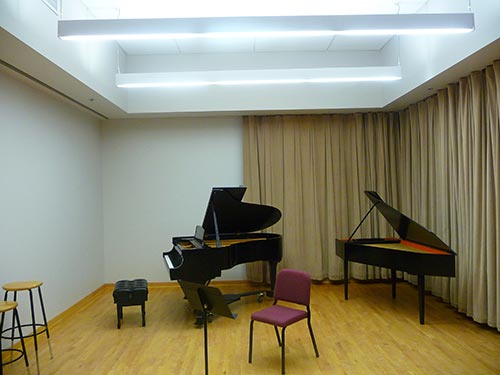 The Small Ensemble Rehearsal Hall provides an excellent space for students to rehearse in small groups. The room is used for lessons as well as rehearsals for chamber ensembles and other small student groups. Well-equipped with computer and audio technology, adjustable acoustic curtains, a Steinway grand piano, and a harpsichord, the room is an ideal space for small ensembles to meet and rehearse. 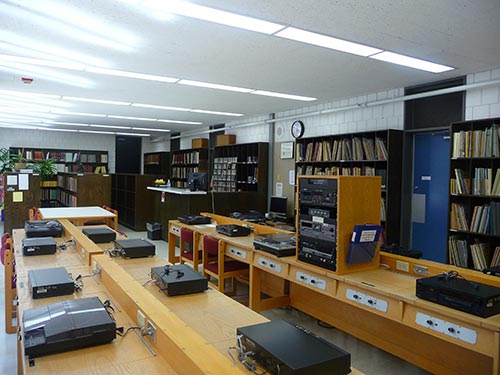 The Music Library houses an extensive collection of music scores, books, and recordings, all available for student use. In addition, the library has audio equipment available for use and check-out, including CD players, turntable listening stations, audio duplication and reformatting equipment, metronomes, and a USB recorder. Music students often gather in the Music Library to study or work on group projects; it is a great place for students to bond and learn together. Search library holdings. 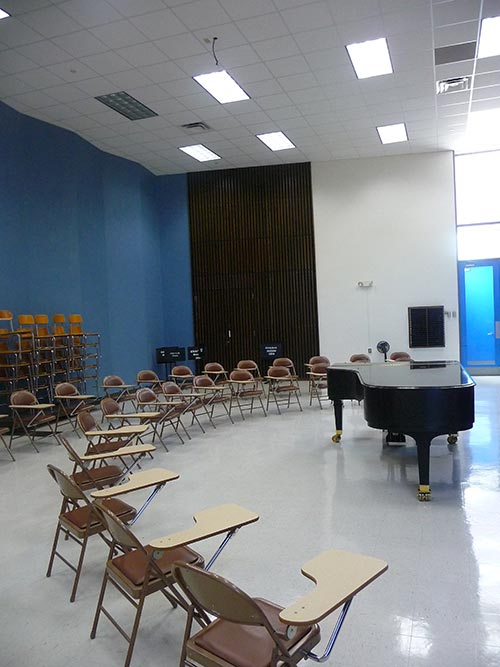 The Recital Hall in the BAC is a versatile space used for a variety of purposes. Thursday Recitals are regularly held in the room, and the Women's Choir and Percussion Ensemble hold their rehearsals in the Hall, as well as the off-campus group, the Minnesota Center Chorale. The room is also used for classes such as Music History, and piano studio classes. Occasional student recitals are held in the hall. The Recital Hall is home to a 9-foot Baldwin concert grand piano purchased in 2011. 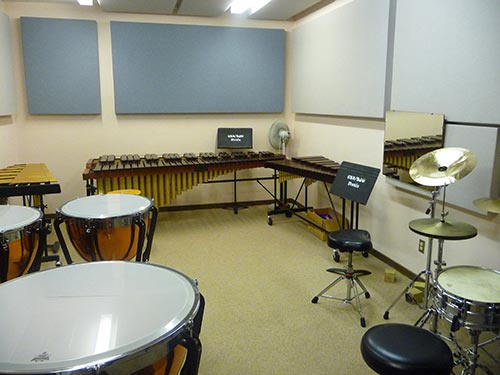 There are two Percussion Studios in the BAC. Stocked with a battery of high-quality instruments, including timpani, marimbas and other mallet percussion, drum sets, and auxiliary percussion, the studios provide a complete space for percussion students to practice and have lessons. 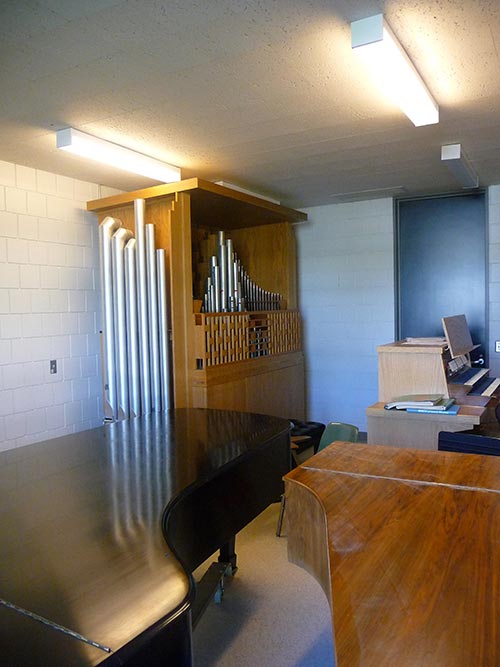 While the main organ spaces for the colleges are located at St. John's, the BAC also contains a practice studio for organists. Keys for the studio can be checked out from the Music Library. In addition to the practice organ, the studio also houses a two-manual harpsichord and a 9-foot Steinway concert grand piano, which serves as the primary stage piano for Escher Auditorium and other spaces in the building. The BAC contains 20 practice rooms which hold a total of 35 pianos. This large quantity of rooms ensures that students almost never have to wait for an open practice space. No sign-up, key checkout, or pre-determined practice schedule are necessary--the practice rooms are always unlocked and available for any student to use. 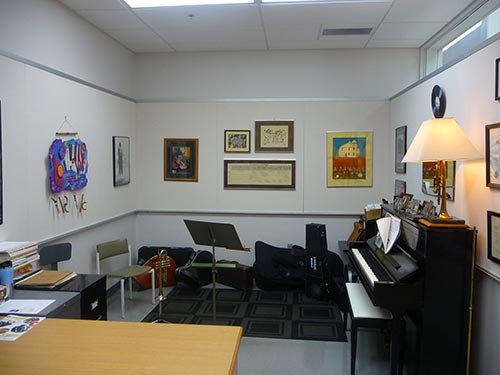 Many CSB|SJU instrumental and voice instructors have studios and offices in the BAC. Students use these spaces for lessons and meetings with the professors, who are always friendly and eager to talk with students. The building's classrooms are used for a variety of classes, including music, theater, art, English, and theology.