About the Women's Choir 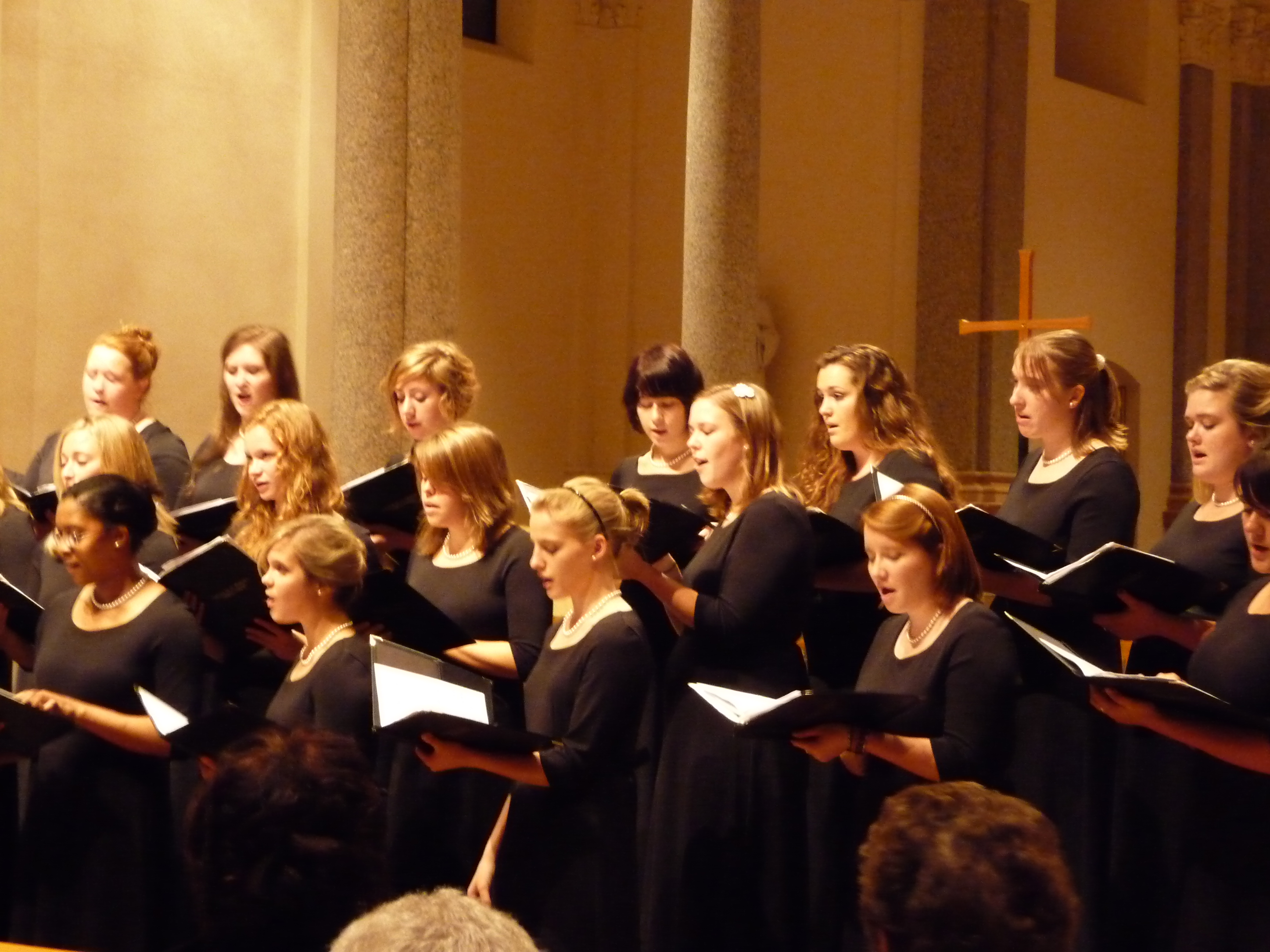 The Women's Choir (formerly known as the Campus Singers) was founded in 1950 as an adjunct to the College of Saint Benedict Women's Choral Club.  Initial membership was eight carefully selected singers.  Over succeeding years the group has become one of the CSB/SJU Music Department's major performing organizations and the only one that is exclusively representative of the College of Saint Bennedict.  Performances range from campus liturgy and concert appearances to regional, national and international tours. Most recently, the choir toured the upper Midwest in the spring of 2012. The Women's Choir is currently directed by Dr. Susan Vollbrecht.

In addition to tour, liturgical performances, and performances with the other college choirs at the Christmas at St. John's and spring choral concerts, the Women's Choir gives two formal concert performances each year. They rehearse Monday/Wednesday from 3:20 - 4:35 and Tuesdays/Thursdays from 2:40 - 3:55, and admission is by audition only. Interested students should register for MUSC 235 for 0 or 1 credit.