About the CSB|SJU Chamber Choir

The CSB|SJU Chamber Choir has been in existence since 1970, when its present director joined the music faculty at St. John’s University and the College of St. Benedict. Up to that point, the students of the two colleges had participated in either the Saint John’s University Men’s Chorus or the Campus Singers - the Women’s Choir at the College of Saint Benedict - combining their voices only occasionally for special celebrations. The choir is now one of the major touring ensembles of the combined Music Department. 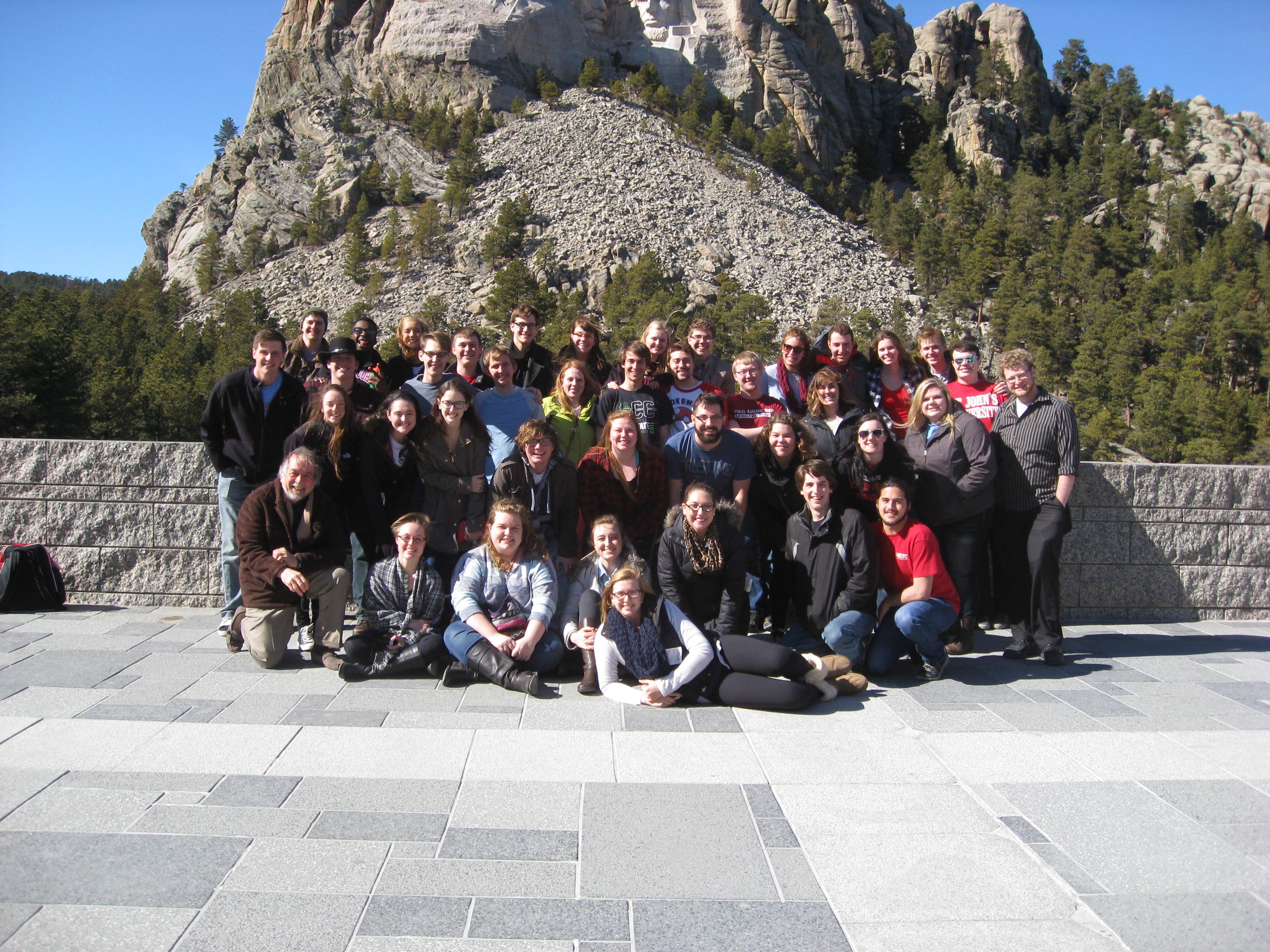 Most of the choir’s performances are scheduled in the Midwest, although over the years the choir has also performed extensively throughout the United States (as far as a bus will carry you over a 12-day tour) including concerts in IL, OH, MI, VA, D.C., MT, WY, CO, NM, AZ, TX, OK, KS.

Every 4 or 5 years singers of the Chamber Choir have the opportunity to join members of the SJU Men’s Chorus and the CSB Women’s Choir to travel abroad. They toured Europe in 1980, 1985, 1992, 1997, 2001, 2010 and 2015 presenting concerts in Austria, Belgium, Germany, Holland, Hungary and the Czech Republic. In the spring of 2005 this group toured Asia, performing for audiences, and collaborating with choirs in Tokyo, Okinawa, Seoul, Beijing and Hong Kong. The next international tour is scheduled for May of 2018 when current singers of the Chamber Choir (together with members of the Men’s Chorus and Women’s Choir) will return to Germany, the Czech Republic and Austria for a three - week concert tour. 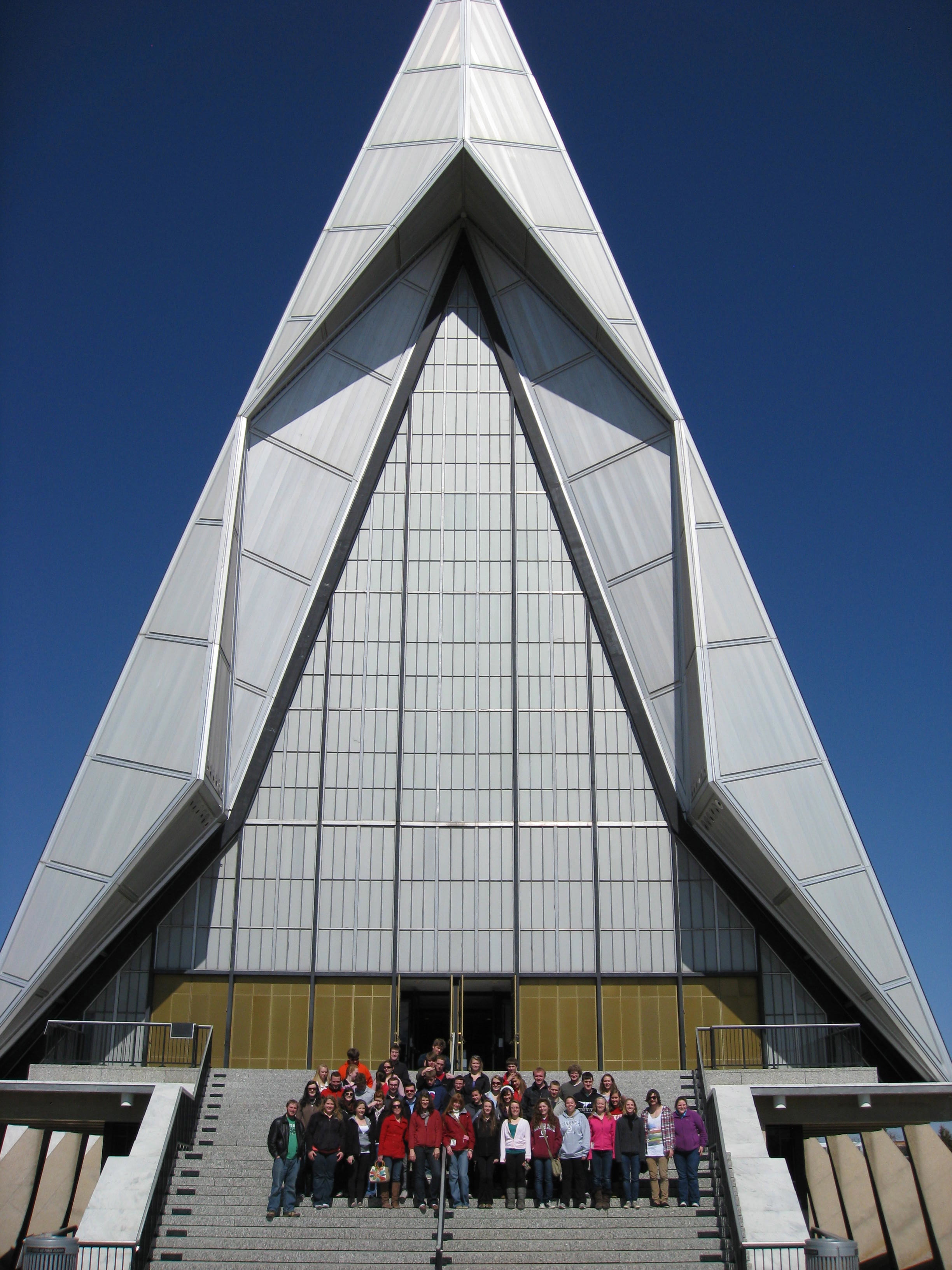 Traditionally the program covers a wide variety of sacred and secular music, ranging from Gregorian Chant and 17th century polyphony to masterworks of the 20th century.

The Chamber Choir appears regularly with the Amadeus Chamber Symphony, participates in the annual Christmas at Saint John’s and Celebrating the Season concerts (Christmas Concerts in the Great Hall at St. Jon’s and the Basilica of Saint Mary in Minneapolis) and joins its voices with Men’s Chorus and Women’s Choir in the annual Choral Masterworks concert in April, which, over the last few years featured major choral works such as Brahms’ Ein Deutsches Requiem, Mendelssohn’s Elijah, Faure’s Requiem, Haydn’s Creation and, in the Spring of 2018, Glenn Burleigh’s Alpha Mass.

In 2002 the choir presented the American Premiere performance of Anno Domino, an oratorio by noted Czech composer Petr Eben.

The singers of the choir represent a wide variety of musical background, talent and choral experience. What brings us all together is the love for singing, making music with others and the special camaraderie, which is such an important part of ensembles. Students are encouraged to join choirs in their first year at St. John's /St. Ben's and, time and schedule permitting, remain in the choir throughout their college years.

The choir's ………. concerts are available on CD. 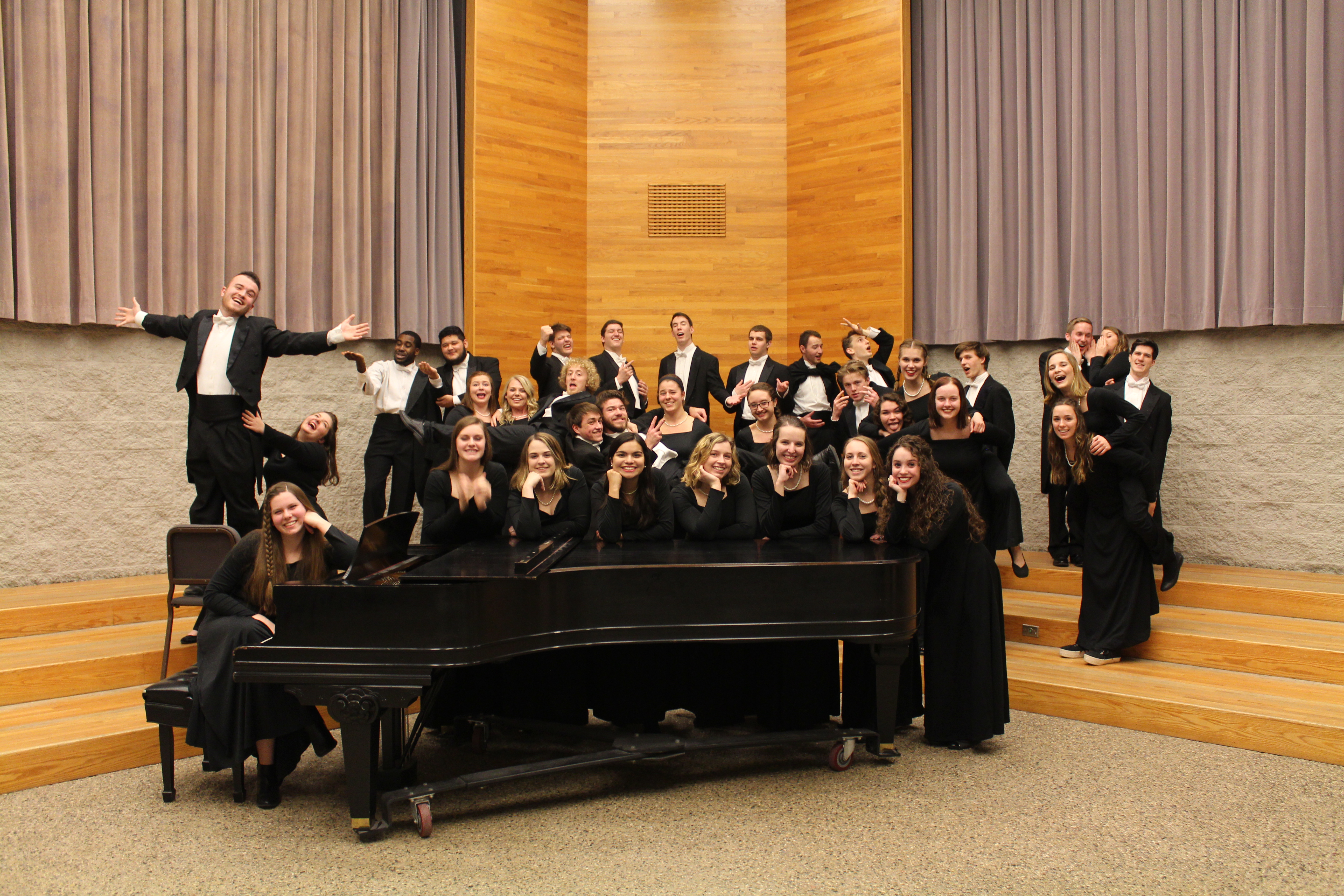 Auditions are held every fall, at the beginning of a new academic year, and are open to all students, First Year to Senior.