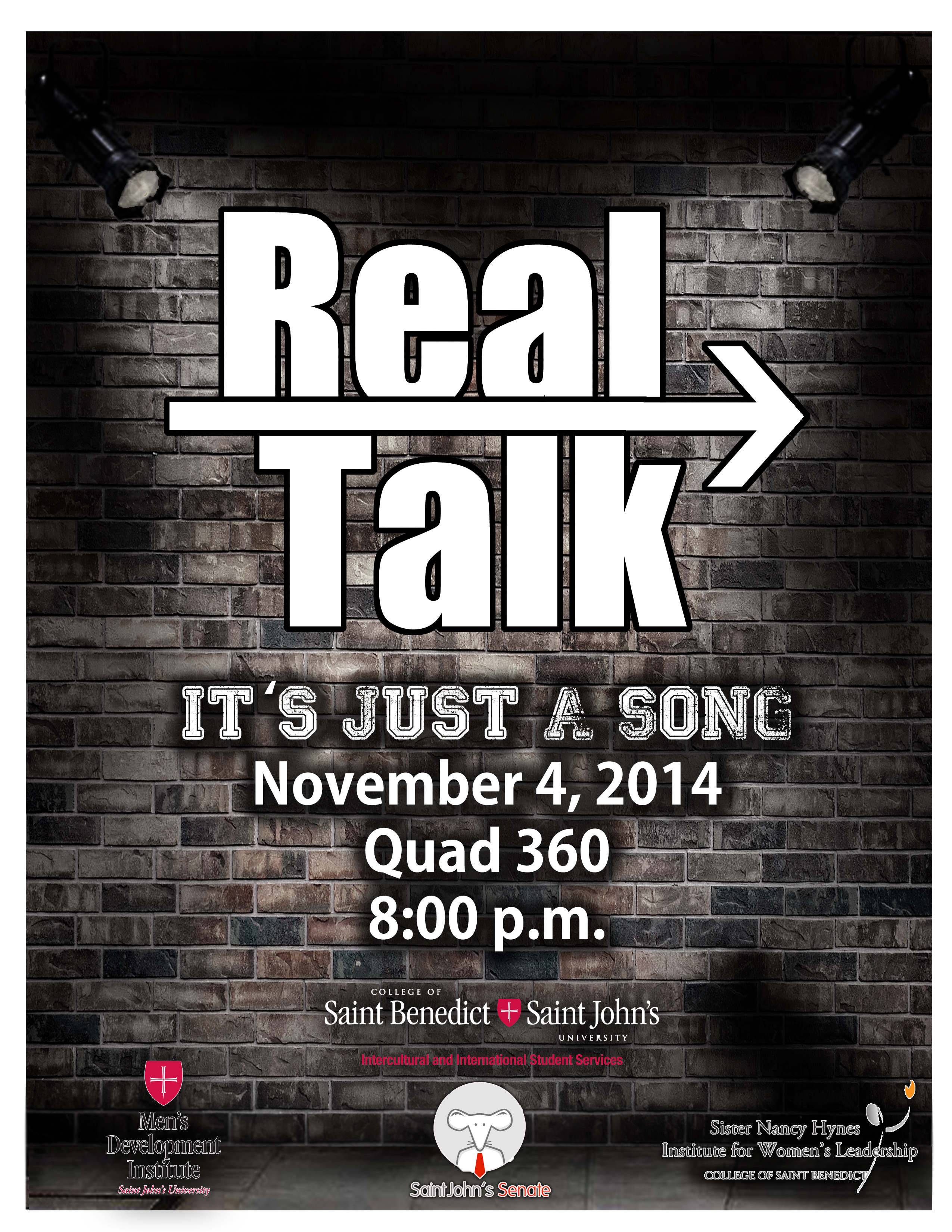 Due to many suggestions by the attendants of the first Real Talk: It's Just a Song, the IISS, IWL, MDI and Saint John's Senate will be hosting this event once again but this time at Saint John's.

On the Link, some members of our community have created the following song lyrics: "I wish that all the Bennies were buns in the oven. That way I'd be the baker, and f*** them by the dozen." "I wish that all the Bennies were the statue of Venus. If they were, I'd shape them with my penis." "I wish that all the Bennies were woods in the forest.  I'd be the lumberjack and split their clitoris." These are just some of the lyrics sung by some students on campus. We were also able to get an audio recording of one of the songs being sung on the Link, and will play it during the event. This discussion is not only to bring awareness to the campus, but for the community to understand how these lyrics affect those around them. The first event had over 100+ attendants and we hope to have the same, plus new faces in order to have a more engaging conversation for all the student body.