On September 20-21, 2012, students participated in a study tour in Minneapolis that featured an eclectic mix of political and policy issues. The students viewed an exhibit at the Walker Art Center titled "Art, Love, & Politics in the 1980s," attended the Theater of Public Policy at the Minneapolis Institute of Arts, toured Fulton Beer and learned about the politics of beer, heard from Sen. Dave Durenberger, and toured the Federal Reserve Bank of Minneapolis. Below are some pictures of the participants. 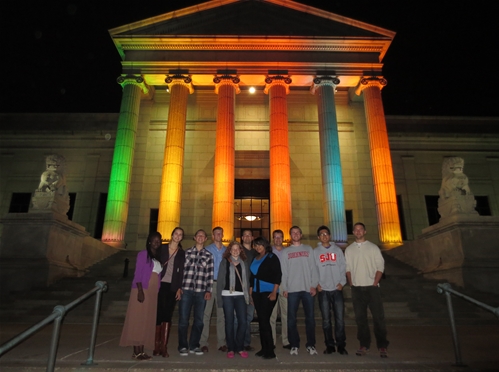 Participants in front of the Minneapolis Institute of Arts 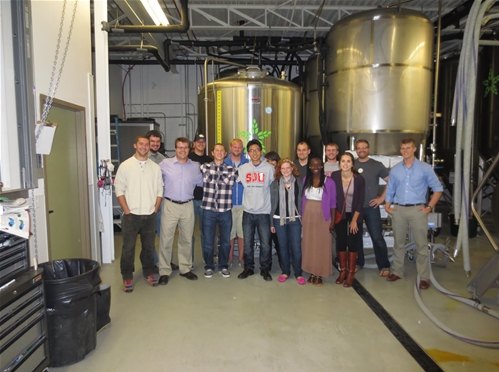 Students with SJU Alums and founders of Fulton Beer 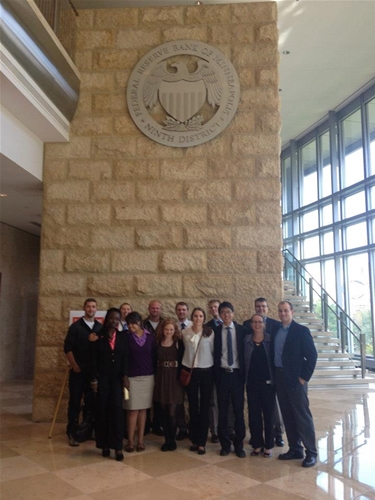 Students in the Federal Reserve Bank of Minneapolis