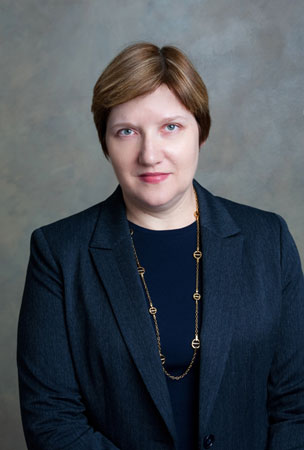 Fedor's residency will be highlighted by two public sessions.

Minnesota Lt. Gov. Tina Smith will be interviewed by Fedor at 7 p.m. Monday, March 14, at the Gorecki Center, CSB. Smith, Minnesota's 48th lieutenant governor, has served since January 2015. Prior to being elected with Gov. Mark Dayton, she served as Dayton's Chief of Staff.

In addition to the two sessions, Fedor will speak to classes at CSB and SJU.

Fedor joined Twin Cities Business in September 2013. She writes and edits stories on a variety of business topics and oversees the magazine's Trending sections that examine industry challenges. She previously wrote a column for the website MinnPost on the intersection between business and government.

Before coming to the magazine, Fedor worked for 11 years at the Minneapolis Star Tribune newspaper, where she reported on the airline industry and manufacturing, and supervised coverage of agriculture, consumer issues and the housing market. She was a political reporter and editorial page editor at the Grand Forks (North Dakota) Herald newspaper prior to coming to the Twin Cities, and was part of the newspaper's coverage of the 1997 floods that ravaged the city that earned the paper a 1998 Pulitzer Prize for Public Service.

The McCarthy Residency showcases the work and skills of someone who has a distinguished career in public service, policy or politics through an on-campus residency. The primary purpose of the residency is to give students extended access to someone with real knowledge and wisdom about policy, civic engagement and public life.