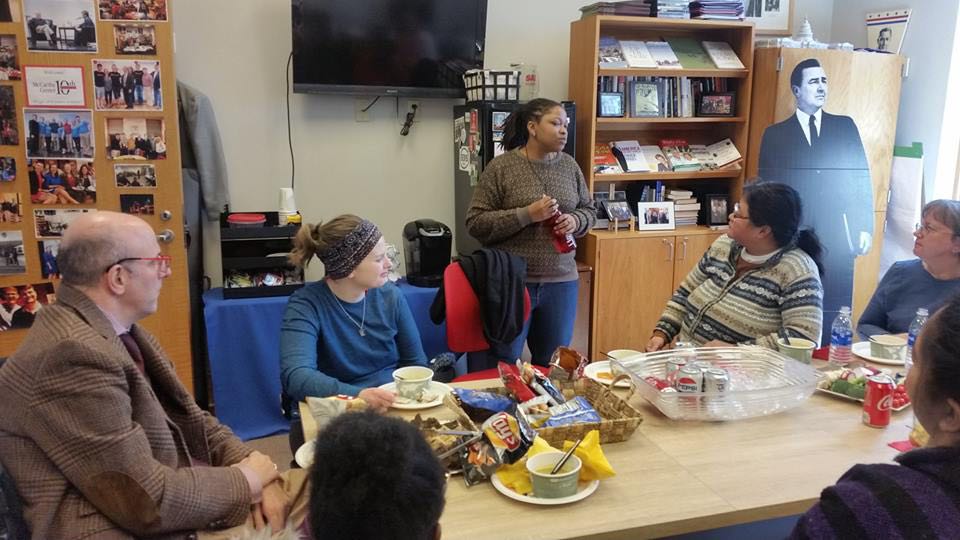 In March of 2018, the Eugene J. McCarthy Center for Public Policy and Civic Engagement was honored to host LaToya Green as the spring resident.

LaToya Green works tirelessly to inspire others through numerous programs. Since August 2015, Green has been a professor in human communications studies at California State University, Fullerton, where she is also the director of debate. In 2017, Green received the Galentine Award, which recognizes an outstanding female debate coach. Green has also received the Weber State University Coach of the Year Award, as well as the Cross Examination Debate Association’s Mid-America Critic of the Year Award, in 2015.

Throughout her stay at Saint John's University, Green spent much of her time engaging with both students and faculty, teaching those around her the importance of empowerment, engaging in local community, and how to foster civil conversations between opposing viewpoints. While she was in residency, Green visited a First-Year Seminar class and toured Saint John's Pottery Studio; in light of the recent March for Our Lives movement and student walkouts, Green presented a student round table discussion on gun control and student activism alongside Whitney Court, professor of political science at CSB and SJU. With students from the Donald McNeely Center for Entrepreneurship, Green led a seminar entitled "How to Create a Personal Brand".

Green also presented “Understanding Activism: Voices of a Generation” at Brother Willie’s Pub as part of the McCarthy Center's “Politics and a Pint” series. The event was moderated by Aric Putnam, professor of communication at CSB and SJU, and featured a panel of local activists who discussed their individual programs and encouraged students to get involved in their local communities. 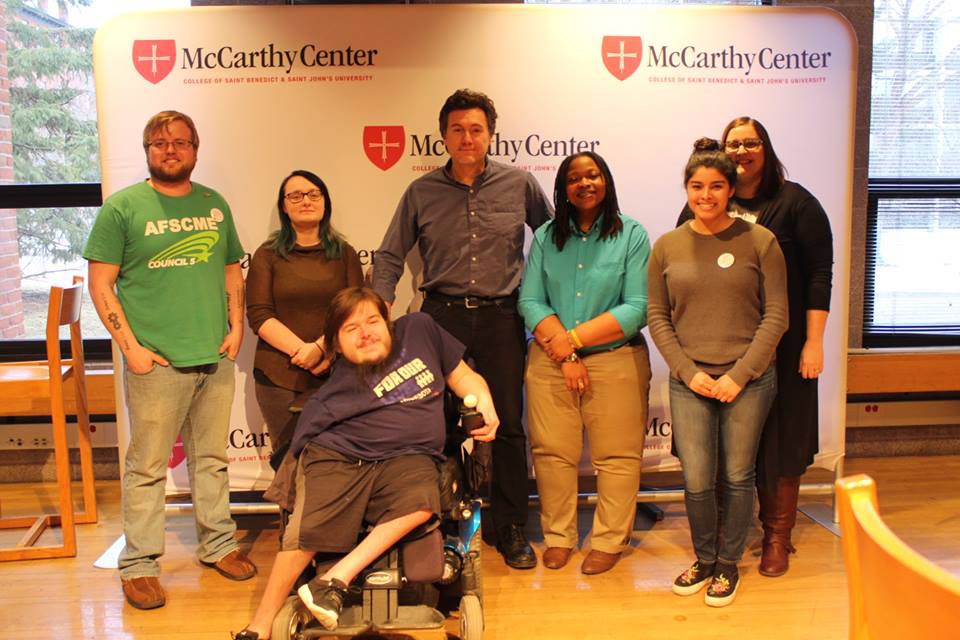