Versatile, energetic and visionary, Dr. Henry left an enduring legacy at Saint John's: In addition to developing and chairing the University's emerging political science department, he launched a foundation-funded honors program between Saint John's, the College of Saint Benedict and St. Cloud State University.  Dr. Henry was much admired by his students for his ability to give personal attention and to bring political science alive by injecting his civic leadership experiences into the classroom.

Endowed professorships have long been recognized as both a hallmark of academic quality and a means by which a university honors its most esteemed scholars and teachers.  Professorships are reserved for scholars of national stature, with highly distinguished records of teaching, research and publication.  They constitute a time-honored way to recruit or retain scholars with exceptional records of achievement.

The Henry Professorship is assigned to the Eugene J. McCarthy Center for Public Policy and Civic Engagement. 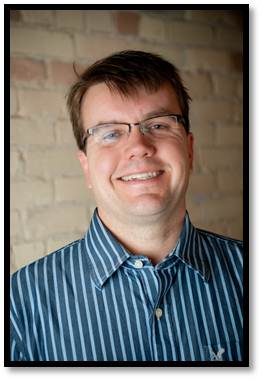 Dr. Matthew J. Lindstrom is the Edward L. Henry Professor of Political Science at St. John's University/College of St. Benedict and the Director of the Eugene J. McCarthy Center for Public Policy and Civic Engagement at St. John's University. He also serves as Co-Director for the CSB/SJU Washington D.C. Summer Study Program and Co-Director for the CSB/SJU Summer Leadership Fellows Program.  In 2019, he led the CSB/SJU South Africa Semester Study Abroad Program.

He edited Encyclopedia of the U.S. Government and the Environment: History, Policy, and Politics, (Santa Barbara, CA: ABC-CLIO, 2011) (Publisher page). He co-authored The National Environmental Policy Act: Judicial Misconstruction, Legislative Indifference, and Executive Neglect, (Texas A & M University Press, 2001) and co-edited Suburban Sprawl: Culture, Ecology, and Politics (Rowan and Littlefield, 2003).  Lindstrom's interest in experiential learning resulted in an essay titled, "What's a Bus Ticket Got to do with my Political Science Class" which won a "Best Paper Award" from the American Political Science Association.

Prior to starting at CSB/SJU in 2005, Lindstrom taught at Siena College outside of Albany, NY for eight years. At Siena College, he chaired the Political Science department for two years, and together with his wife, Amy Braig-Lindstrom, also created the Troy Waterfront Farmers' Market, a year-around entity with over 70 vendors.

Born in Willmar, MN, Matt graduated with a BA in Government from St. John's University and in 1997 Matt received a Ph. D. in Political Science (with distinction) from Northern Arizona University in Flagstaff. Matt and Amy are parents of Isaac and Anna Lindstrom as well as their dog, Sadie. 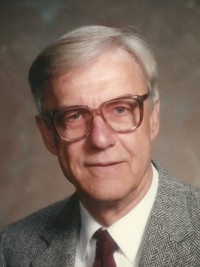 During World War II, Henry served as a naval officer on a destroyer escort in the Atlantic, Mediterranean, Caribbean and Pacific. He returned to St. John's as a professor of political science for 19 years and later as vice president. He served on the St. Cloud School Board and then as mayor of St. Cloud for two terms beginning in 1964.

His passions were teaching, public service and his family. Ed had a delightful sense of humor and a great love for the outdoors, especially the BWCA, travel, and bridge.