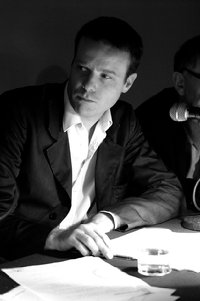 English writer McCarthy has published three novels in addition to literary criticisms, short stories, essays, and articles.  Though the mainstream publishers in the United Kingdom rejected McCarthy's first novel, Remainder, it received extensive critical attention from literary and mainstream publishers upon its 2005 publication by a small French publisher.  An independent publisher in the United Kingdom re-published it in 2006, and by the next year, Remainder was on the Los Angeles Times Bestseller List and a top one-hundred seller on Amazon.com.  The novel has been translated into thirteen languages and adapted for film in 2008.  In the meantime, the same independent publisher published McCarthy's second novel, Men in Space, which has been translated to French and Greek.  McCarthy's newest novel, C, received more mixed reviews for critics than his previous two, but it has received the 2010 Man Booker Prize and consideration for the Walter Scott Prize, regardless.  He presently lives in London, England.