"A writer of arresting talent... Scott's fiction is innovative but inspired by a passion for truth" - The Australian 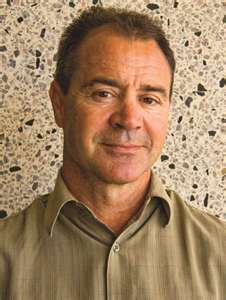 Scott descended from the indigenous Noongar tribe, which lived on the southwestern coast of Australia before colonization.  He has written four novels and a children's book; his poetry and short stories have been included in many anthologies as well.  Published in 1993, Scotts's first novel, True Country, was based on his family's history and semi-autobiographical, as was his second novel, Benang.  For his second novel, Scott received the 1999 Western Australian Premier's Book Awards, 2000 Miles Franklin Award, and 2001 RAKA Kate Challis Award.  Scott worked with Noongar elder Hazel Brown in order to write his third novel, Kayang and Me, which details the oral history of his family.  His newest novel, That Deadman Dance, examines the interactions between the Noongar, British colonists, and American whalers in the early nineteenth century.  Scott received the 2011 Miles Franklin Award for That Deadman Dance, making him the first as well as the second indigenous writer to receive the award.  Presently, Scott serves as an Associate Professor at Curtin University in Western Australia and lives in Coolbellup, Australia, with his wife and two children.

In the spring of 2012, Scott came to the University of Notre Dame Australia Fremantle (UNDA) campus to address the 29 CSB/SJU study abroad students as well as 25 faculty, staff, and students from UNDA.  The intimate crowd made for a two hour event that included a reading from That Deadman Dance, discussion of Scott's work in recovering the Noongar language and stories, and question and answer session.  At the light reception that followed the event, Scott signed books sold by the New Edition Bookshop and engaged in further conversations about That Deadman Dance and his other novels.

"Being an American I find that it is sometimes a challenge to fully understand Australia's history and the relationship between those of European descent and those of Aboriginal descent... I found that Scott's book was able to transport me to the time of early settlement and helped me to understand the development of interaction between Europeans and Aborigines. To have Kim Scott with us to discuss his work and his dedication to preservation of Aboriginal culture was a pleasure and enriched the experience of reading the novel."

"Reading Kim Scott's novel provided me with an artistic outlook on the Aboriginal heritage of Western Australia. Kim Scott provided an amazing presentation filled with humour and continued insight into his novel, That Deadman Dance. After hearing him speak, I realized how poetic and insightful he is which lent itself to discovery all the hidden meanings within his novel."