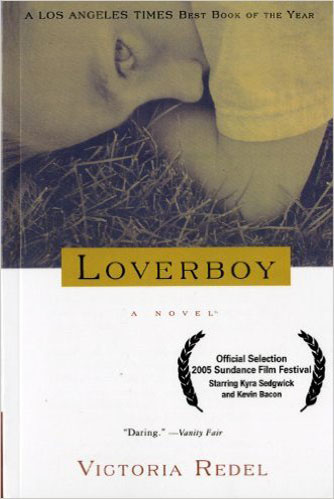 What Did I Call Him?

After he had been alive exactly nine months, I watched him in his twitchy infant sleep.

"Now you have been theirs," I thought, his hand bunching around my finger, "for as long as you were safe inside and only mine."

Now I wake and think I hear him speaking to me, the musical insistence at the edge of his words.

"I am here," I try to say, but then I open my eyes and see people, too many people in this white room. And none of them is him.

Someone leans in over me, "She's trying to speak."

They parade by in twos and fours. Or, they enter alone, pause stiff-legged at the door. There is one with a blue tattoo spiraling up her freckled arm, and inked tail snaked under her white uniform. There is one who carries papers. One with a sterile cloth. Others I barely see, or see only pieces of them, bulky calves, a brown hand fumbling with a knob. I see a scar quarter mooned on a brown cheek. Clipboards. How much deprivation has been sustained? they wonder. They point. The hippocampus has been involved. They worry over my basal ganglia. They calculate my damage. Has there been paralysis, a visual fixation?

Many Clipboards scuff in and out of the room.

I am attached. Things drip and measure, machines pump, clean my blood, beguile air, trying to bring me all the way back to life.

"Expect seizures," says a White Coat going out the door.

I hear him somewhere, clapping and singing. I try to join his patty-cake.

"Hey! Quick! She's calling for the nurse," someone says.

But I am gone. Past the Clipboards. Swerve past the orderlies. Back to find wherever he is, lost on our trip, trying to find his way to me, his mother.

Yes, I named him Paul, but until he insisted, I never called him Paul.

I called him Pussycat and Sweetheart and Button and Sweetpea and Honeypie and Cutie and Babydoll and Sprinkle and Kiddo and Buck. I called him Cookie and Bear and Angel and Gooseboy and Ace and Spunk and Rabbit. I called him Pablo and Pablito. I called him Lovey and Love.

But most of the time I just called him Loverboy.

"Loverboy," I said when he was little, him mouth just perfect for a tiny pucker, "You, Loverboy, are the loveliest thing on this earth."

What if he had not said it, not said that night without so much as a glance up at me from where he stacked his Legos, "Call me Paul." We might have just stayed there, inside our house with its milky, early evening light.

We might have locked the door and called it a holiday.

We might have snuggled on the couch just as Sybil and Marty taught me to do.

I gave everyone all the chances I could to give him back to me.

I would not have pressed down the stairs into the garage.

Let me start with his teeth.

First there was the fretting agony of the first teeth coming in. Nights rubbing analgesics, an ice pack to press against his raw baby gums, a finger dipped in brandy, anything it took to stop the desperate bleating. Of course there is always a mother who claims that for her baby it was uneventful. No spiking fever. No crankiness for her child. "Heavens," she wrinkles her nose, "no runny bowels."

But I was not that mother.

It was for my boy an agony.

And then, just a few years later -- hardly any time at all -- the tooth falls out. And the child, look at him, ready for big teeth, he tries to speed it up. All that twisting, that horrible pressing, rocking, playing the tongue against that little chicklet, working the tip into the crevasses, feeling, perhaps, the point of the incoming tooth. Hours with fingers in the mouth. The constant wobbling of the tooth. As if a reward, a coin beneath the pillow, a measly token from a night fairy, could measure the agony of bone growing through bone.

But he could not remember that.

No, for my Pablito it was a delight, this promise of something grown-up, his permanent teeth.

It did not upset me. It broke my heart.

I am barely breathing now. I am almost there, far away, safe, with him. The IV, a vein of blind turns. My body rolls, a slow-motion spinning toward the smash of light. I veer, my heart skids and the machine snaps on.

But what are they doing here? The aqua woman with the messy kisses, none for the girl-child, all for the man, for this child's father who opens the front door each night and swings the mother, freshly showered, up in his arms, saying, "Sybil, I could not bear to be away from you another moment."

No other mothers now,

Not that non-mother, my mother, Sybil, and not these neighborhood mothers scolding, "No baby-sitter? Come on, don't you ever get a minute away from that child?" No father. Not even the one that, despite myself, I remember sometimes when I am holding my son, touching his sweep of black hair, the leafy night of forested places on his body.

No, only the child. My child.

It would do well to find a passion, Sybil said when she thought to dispense some motherly advice.

What I needed in the end was only to love the child.

Afternoons, when he was still little, I mounted him in a child's pack and with him riding high against my back, I walked. Out of our neighborhood, into the city where there were streets where shirts were hung on frayed lines between freight buildings. All the time I talked to him. Laurel tree. Bench. Shop. Wheel. Brick. I taught him the names of what we saw. Once, remarkably, on a narrow city block, we saw the carcass of a deer hanging by a rope from a window. More words. There was a word for everything. Even words invented for the pleasure of sound. We never got lost, we got smoshkabibbled. There were afternoons we friddled. As though we were first, my darling and I, naming our very own world into being. We were gods then, together, those afternoons.

Later, when he could walk, he walked next to me. Hours walking, especially in rain, walking on puddled streets. "It is only water," I laughed. The few people we passed were hunched under umbrellas or had coats yanked pitifully over their turtled heads. For us there were never umbrellas. As if rain was something from which gods and heroes needed protection!

We waited under a railway trestle. A sudden waterfall cascaded over the sawed-off ends of the metal ties. We stepped out into the rain. While everyone else crowded under shop awnings, we skipped from one to the next, ordering a steaming bowl of noodle soup, a cup of warm almond milk. Then we cut holes in plastic bags and frogaciously jumped puddles all our way home.

Mostly here, I hear women. Women talking the cluck of their calibrated tongues. "Can she hear us?" "Look at this chart." The poke and prod of fingers and needles. Someone straps something against my chest. Next my arms are strapped.

"It's unbelievable, we're in another convulsion."

This motor of women and machines, they claim me.

"It's under control. I think we got her stabilized now."

Here is what I did.

I ate him when he was my powdery and juicy sweet boy who wanted to be eaten. He was my morsel. He was delicious in his rodeo pajamas and corduroy slippers squealing, "Tickle me more!" He bucked and kicked. I lassoed him close and tickled more. I rubbed his back as he fidgeted and thrashed his way to sleep. I wiped his nose. I put my pinkie into his tiny nostril when the mucus was hard, crusted into a tight pebble, and I worked to pick it out. I kneaded his stomach when he was crampy with gas. I cut out the knotted hair matted at the back of his head. I tilted his head to keep the shampoo from running into his eyes. I munched on his thick legs. I let him suck the dried sticky jam off my finger. I put him -- once he was so small! -- on the changing pad. I cleaned an eye and, with new cotton, the other eye and with more fresh cotton, the wrinkled skin under his neck and under his arms and, with a little alcohol, I cleaned around the stubby umbilical clamp. And when his penis was still crusty with blood from the doctor's cut, I used a Q-tip to dab salve on that. Then I lifted his feet the way you would lift a trussed chicken and wiped Chickieboy's lightly haired back and his bony behind. Or when he was sick, I held his head while he vomited into the metal mixing bowl or I caught his vomit in my hands when he could no get to the toilet on time. I wiped shit from him and put a little cream on his puckered anus skin when it was raw and red from whatever in his diarrhea made him itch and sting. I touched him all the time. His cheeks, the lids of his eyes, the palms of his hands. I should have touched him more.

Every part of him I kissed. My hair trailed kisses so that in the high heat of August when my hair was clipped off my damp neck, he would say, "No, I need your hair with the kisses." But when he said, "Kiss me there," pushing my head toward his miniature cock, I stopped. I shook my head, my hair shaking in a tickley way on his chest and said, "No way, Loverboy, there will be no kisses like that."

What a thing it is, love! How love amazes us, at first turning us ever deeper into love. How it thrills, and thrilled , dizzy descending, we imagine there is no end to the depth. And how, finally so deep in love, we panic. How did we get here? How long will it be until our circumstances exhaust our love? Or will our circumstances outlive the love?

Either way, how will we survive?

His breath, that sweet dazzle, the thousands of tiny exhalations. Or a night he is ill, his body a damp burning against my chest and I do not sleep listening to each wheezy thick breath as he sleeps sitting up in my arms.

Who has ever wanted to share a love? I had done everything to make this child. I refused to share.

I listened to the smiles that said, "He is ours now, lady."

I packed us up. It was as easy, as quick as leaving all the rental homes I had ever left. A few boxes loaded into the back seat, that was all we would need. This time we would roam farther than the city or the island with its washed-out bridge. We needed to speed very far away. That is why Mrs. Yarkin came back all these years later, why she appeared, whispering to follow her. We would find a road not on any map. She would show me where she had driven off in the middle of the night.

I was never going to be ready to give him up.