Excerpt from The House on Eccles Road 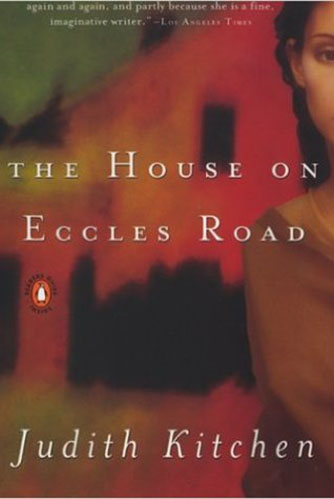 It would be quite a while, she knew that now, not that she'd heard the sirens and imagined their slow progress through the stalled lanes. It would be quite a while and she needed to rethink her plans. She'd have to call Ted and skip her plans, go straight to Leo's office. Or else see how Jackie was doing. She'd see Ted tomorrow. It would be all right. What should she sing for the audition? There'd be the songs from the show, of course, but they usually asked the singers to give them something they knew, something that could show the range of the voice or the depth of the feeling. It would depend on whether there was a pianist. But her best songs were sung without piano. With fiddle and flute, or nothing at all. She liked it best when the flute seemed like an echo, higher and frail, like a trail of melody, slightly lost as it followed her home. She'd choose something for the voice alone. Humming now.

She should be here by now, was all he could think of. It didn't take that long. He'd driven it too many times, and he knew it didn't take that long. He'd fixed iced tea, seemed like a good, informal thing for a summer afternoon. June 16th, a day he'd remember. Remember the day she came back into his life. Was it possible to fall in love at fifty? To feel like twenty when you were fifty? Because that's how he felt and that was foolish, he knew, since all he was doing was renewing an old friendship, one that had fallen on hard times. He'd feel even more foolish when she showed up and the feeling didn't persist. It was only anticipation, not love. Love was far more complex, he knew that, it was just that he suddenly felt so buoyantly alive. All day he'd been looking backwards, editing a collection of writing and historical photographs of Ireland in 1900. These were his people -- all of them, since he didn't know which of them. There was a milkman in County Roscommon and O'Connell Street bustling with double-decker buses and the intricate chaos of a horse fair in Bantry. Steamboats and spinning wheels. But he was particularly drawn to one photograph called "Turf cutting in Connemara." In the foreground two men worked with short-handled spades on what looked like the most windswept land he'd ever seen. In the background a huge white cloud rose like a mountain, so that they stood out like cutout figures. And above the cloud was a dark sky -- the darks and lights so ephemeral he wanted to warn the men in from the storm, wanted to tell them he was waiting in their future, in a bright yellow air-conditioned room in America. All they had to do was put down their spades and look up and he'd be there, waiting.

The afternoon that had stretched so sensuously before her was shrunken now, reduced to the steady minute-by-minute turnover of the car's digital clock and the wavery sense of fumes on the rise, tailpipe after tailpipe spewing its colorless gases into the atmosphere. The highway ahead was a haze of exhaust, of sun glinting on metal, ricocheting off metal in fitful sparks and harsh streams of light. Even with the air conditioner on, the car was growing warmer by the minute, the sun beating like a hammer on its roof. Molly pitied the people who didn't have air conditioners, but did they make cars without them anymore? She supposed they must, for people in Vermont or Maine or North Dakota, maybe even Seattle, places where it didn't ever get too hot for too many days in a row. With global warming, even they'd need it soon enough. She wondered about global warming, though. It certainly seemed to be happening and the theories made sense, but the statistics themselves seemed questionable, too sketchy, too recent to account for anything but possible trends, nothing definitive. It was only a few years ago that they'd been predicting a new ice age. Science, which had always seemed so immutable in her childhood, now seemed as flawed as any other discipline, as subject to whim and whimsy and manipulation as anything else. She'd shocked herself the first time she thought that, the first time she'd questioned what an expert was saying on the television, but now she found herself questioning all the time. Pertinent questions, as though the experts had put on blinders and refused to see the other side of the story. They were always so certain -- red meat is bad for you, only two eggs a week -- and then a few years later, they were taking it back, eggs suddenly had "good" cholesterol, but she'd gone on eating them in the intervening years simply because her body liked eggs, sometimes craved eggs, and now it turned out that she had been smart all along. Not her, exactly, but her body's irrefutable sense of itself. First they wanted women to take hormones to prevent osteoporosis, then they told them the hormones might cause cervical cancer, then found they helped prevent breast cancer, then they worried about hormones in chickens, and pretty soon she didn't care. She'd learned one thing in her lifetime; people died. People died of a number of causes and in a variety of ways and at every imaginable age, but they died. She couldn't see spending her time reading labels for the least amount of salt or refusing to eat a steak or driving all the way across town for the latest herbal tea when, really, there was more to be doing with her time, which was running out like everyone else's.