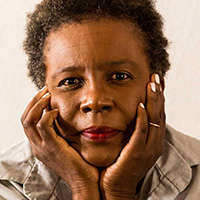 Claudia Rankine joined the College on January 29 as the 2014 Sister Mariella Gable Visiting Writer and gave a public reading from her new book, Citizen: An American Lyric. Claudia has been nominated as a National Book Award finalist and a finalist for the National Book Critic Circle Award in both poetry and criticism. She is also the author of Don't Let Me Be Lonely, Plot, The End of the Alphabet, and Nothing in Nature is Private. In 2014, Rankine was awarded Poets & Writers' Jackson Poetry Prize, awarded to an American poet of exceptional talent who deserves wider recognition. Rankine co-edited the anthology American Women Poets in the 21st Century: Where Lyric Meets Language, and her work is included in several anthologies, including Great American Prose Poems: From Poe to the Present, Best American Poetry 2001, Giant Step: African American Writing at the Crossroads of the Century, and The Garden Thrives: Twentieth Century African-American Poetry. 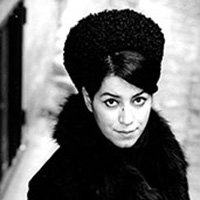 Marjane Satrapi visited the College of Saint Benedict on October 20. Born in Rasht, Iran, much of Satrapi's work is influenced by her experience during the Iranian Revolution and their imposition of Muslim fundamentalism. She has produced several children's books, and, most notably, the internationally best-selling and award-winning comic book autobiography in two parts: Persepolis and Persepolis 2. Persepolis was made into an animated feature film, co-written and co-directed by Satrapi, distributed by Sony Picture Classics in 2007. Satrapi currently resides in Paris, where she is a regular contributor to magazines and newspapers throughout the world, including The New Yorker and The New York Times. This event was held in collaboration with CSB/SJU Fine Arts Programming. Dr. Madhu Mitra interviewed Satrapi, while also fostering a Q&A session between audience and author. 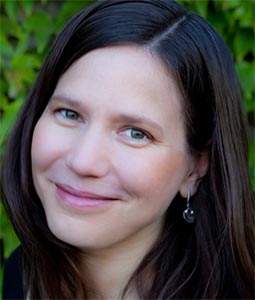 Mary Szybist is most recently the author of Incarnadine, winner of the 2013 National Book Award for Poetry. She is the recipient of fellowships from the Guggenheim Foundation, the National Endownment for the Arts, the Rona Jaffe Foundation, the Witter Bynner Foundation in conjunction with the Library of Congress, and the Rockefeller Fondation's Bellagio Center. Her work has appeared in such publications as Best American Poetry, The Kenyon Review, Poetry, Ploughshares, and two Pushcart Prize anthologies. Her first book Granted won the 2004 GLCA New Writers Award and was a finalist for the National Book Critics Circle Award. A native of Williamsport, Pennesylvania, she now lives in Portland, Oregon, where she teaches at Lewis and Clark College. From the National Book Award citation: Mary Szybist … recast(s) the myth of the Biblical Mary for this era. In vulnerable lyrics…with extraordinary sympathy and a light touch of humor, Szybist probes the nuances of love, loss, and the struggle for religious faith in a world that seems to argue against it. This is a religious book for nonbelievers, or a book of necessary doubts for the faithful. Photo credit: Joni Kabana. This event is co-sponsored by the Koch Chair in Catholic Thought and Culture and Fine Arts Programming.