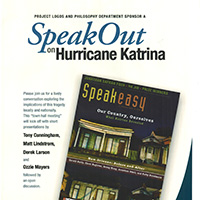 A lively conversation exploring the implications of this tragedy locally and nationally. This event was co-sponsored by Project LOGOS and the Philosophy Department. 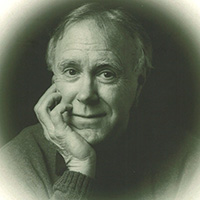 Robert Hass is a poet, critic, environmentalist and former U.S. Poet Laureate. He is the recipient of numerous awards, including the National Book Critics' Circle Award and the MacArther "Genius" Fellowship. Hass is also a Professor of English at the University of California, Berkeley. Haas was in residence at the college February 15-17, 2006. 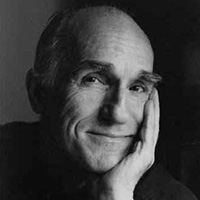 Scott Russell Sanders is the author of many books, including The Paradise of Bombs, The Force of Spirit, and Writing from the Center. His many honors include fellowships from the Guggenheim Foundation and the National Endowment for the Arts, the Kenyon Review Award for Literary Excellence, the Great Lakes Book Award, and a Lannan Literary Award.