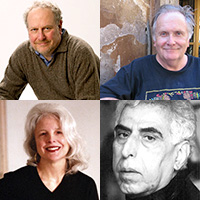 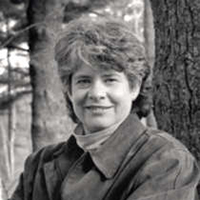 Barbara Dimmick's first novel, In the Presence of Horses, was published in 1998 to much critical acclaim and was translated into five languages. Her reading took place in the Teresa Reception Boardroom at the College of Saint Benedict. Dimmick was in residence at the college April 22-25, 2002. 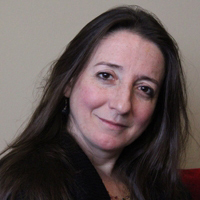 Hamilton's poems have appeared in the Threepenny Review, the Kenyon Review, and the Colorado Review, among other journals. Hamilton was the recipient of a Bunting Fellowship from the Radcliffe Institute for Advanced Study. Hamilton was in residence at the college March 10-14, 2002. 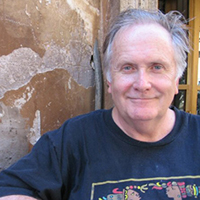 Marchant is the author of Tipping Point, which won the Washington Prize in poetry, and Full Moon Boat. Marchant was in residence at the college February 11-14, 2002. 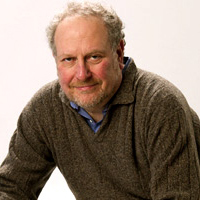 Sutin is an award-winning memoirist and biographer. His books include Jack and Rochelle: A Holocaust Story of Love and Resistance, Divine Invasions: A Life of Phillip K. Dick, and Do What Thou Wilt: A Life of Aleister Crowly. Sutin was in residence at the college January 14-May 10, 2002. 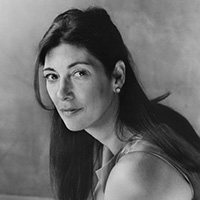 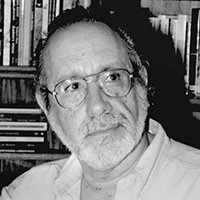 Goldbarth is the author of many books of poetry and prose including Many Circles, Dark Waves and Light Matter, Great Topics of the World, and A Sympathy of Souls. He won the National Book Critics Circle Award for his poetry. Goldbarth was in residence at the college October 15-18, 2001. 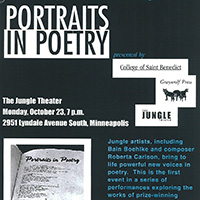 Jungle artists bring to life powerful new voices in poetry. This was the first event in a series of performances exploring the works of prize-winning poets and authors in the intimate setting of the Jungle Theater.