The Latino/Latin American Studies minor consists of 20 credits of interdisciplinary coursework. This study of the Americas is appropriate for all students, especially those majoring in History, Hispanic Studies, Political Science, Sociology, Theology, and Global Business.

Students who plan to attend all three events are invited to register for LLAS 270, for either 1 or 0 credit, on an S/U basis. Participants in LLAS 270 will attend three events (see attached poster) and will have the opportunity to participate in the design and production of a mural. The theme and design for this mural will connect the Benedictine value of the dignity of work to the experiences, perspectives, and struggles of working people. Our exploration of the theme of Labor will involve listening, reflection, and conversation about how labor makes our world, about how labor is often made invisible, and about what is required for labor to be honored and recognized.

There is no classroom meeting schedule for LLAS 270, just the scheduled public events, some participation in online conversation via Canvas, and the occasional informal gathering. Please contact Dr. Bruce Campbell, Director of the Latino/Latin American Studies program at [email protected], if you have any questions. 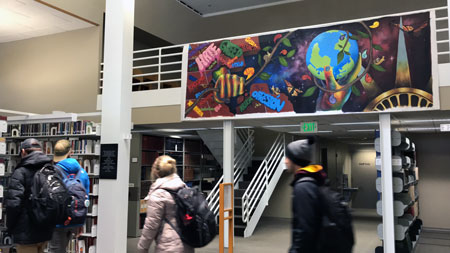 A lead organizer for the Centro de Trabajadores Unidos en Lucha (CTUL) will share with us insight about his organization, its worker rights campaign in the construction industry, and current organiziing experience. CTUL is a workers center that promotes worker rights, including in the non-unionized sectors of the Twin Cities metro area construction industry, seeking to improve the conditions for all workers. Since CTUL’s inception in 2004, about a quarter of workers who   have connected with the organization have worked in the non-union construction industry. After years of witnessing exploitation and rampant wage theft in the industry, CTUL began a construction worker committee where non-union construction workers bring their voice, experience, and leadership to improve conditions and win back stolen wages. CTUL's campaign builds on the remarkable success of the Coalition of Immokalee Workers to create a Worker-driven Social Responsibility Program in the construction sector. Please come prepared with questions you have about CTUL, the construction campaign, or about organizing.

Carlos García Velasco, pictured center, began doing community organizing work in 2004. He has done this work off and on for many years and in different spaces, including political work, union organizing, campaigns, and more. He has been with the Centro de Trabajadores Unidos en la Lucha (CTUL) for the last three years. He is the lead organizer with CTUL's construction campaign, through which CTUL is organizing non-union construction workers to build power and fight for change in the non-union sector of the construction industry.

Chinese Indentured Labor during the Era of Abolition:
Cuba, Peru, and the United States
during the Mid-Nineteenth Century
Tuesday, October 18, 2022 at 7:00 PM
Quad 264, SJU

This talk examines the experience of the tens of thousands of Chinese indentured laborers who went to Cuba, Peru, and the United States during the mid-nineteenth century as replacements or supplements for slaves. In particular, it explores how and why Cuba and Peru, despite their many differences, developed similar systems of Chinese indentured  labor—ones in which supposedly free individuals labored like slaves—while an effort to copy this system failed in the U.S. South. Race, abolition, Chinese resistance, and international relations all interacted to shape the trajectory of Chinese indentured labor in these three places. Nevertheless, the strength (even if temporary), goals, and actions of the state helped determine the viability of this labor system.

Dr. Benjamin Narvaez is Associate Professor of History at the University of Minnesota, Morris, where he also serves as coordinator of the Latin American Area Studies program. He received his Ph.D. and M.A. from the University of Texas at Austin and his B.A. from Grinnell College. His research focuses on the history of Chinese migration to Latin America, especially Chinese indentured labor in nineteenth-century Cuba and Peru and Chinese immigration in early twentieth-century Costa Rica. His work has appeared in various journals, including the Journal of Social History, The Americas, and the New West Indian Guide, as well as edited volumes. 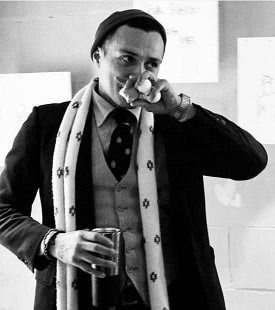 Using the name of his hometown's mascot, the Robstown CottonPickers, as his point of departure, Bobby will explore intersections of labor and commuinity and how they play roles in identity and creative practice.

A native of Robstown, Texas, Bobby Marines is a Minnesota-based artist whose interdisciplinary practice considers the influence of socio-economics, race, and the criminal justice system on Chicano(x) identity. Growing up engulfed by poverty, gang culture, and drug epidemics, his practice references personal experiences which reflect the candid reality of marginalized and underserved communities today. Bobby is the recipient of an Advancing Artist grant from Southeast MN Arts Council in 2015. In 2021, he was awarded a Creative Support for Individuals grant from MN State Arts Board. In 2021 and 2022, he was awarded multiple grants for his online project, Voces y Visiones, which uses art as a catalyst to explore issues in the Latinx community.

His work has been featured in various exhibitions and publications throughout Minnesota and resides in private collections across the country. His work was most recently featured in the group exhibitions “La Línea: 20 Years of Soap del Corazón” at Plains Art Museum, “Mestizaje: Intermix-Remix” at the Minnesota Museum of American Art, and “Images Unbound” at the Des Moines Art Center.

Imagining Socio-economic
and Agro-ecological Alternatives
in a Moment of Climate Crisis:
Voices from Movements
in Latin America and Baltimore
with Dr. Nicole Fabricant 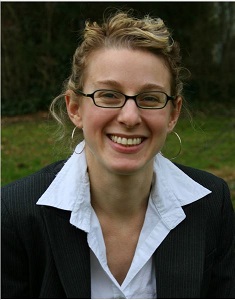 Visit Digital Commons for most of our recent presentations.

We are proud to share the podcast, Game the Bigger Picture, a production by students of the Theater of the Oppressed course from the spring 2020 Guatemala study abroad program.

The program offers a variety of courses, some focusing on particular national groups or specific academic disciplines, and others organized around comparative topics or issues.  The purpose is to encourage in-depth study as well as to provide guidance for a general inquiry into the problem of cultural difference and its social and political implications, within both the Americas and the Caribbean