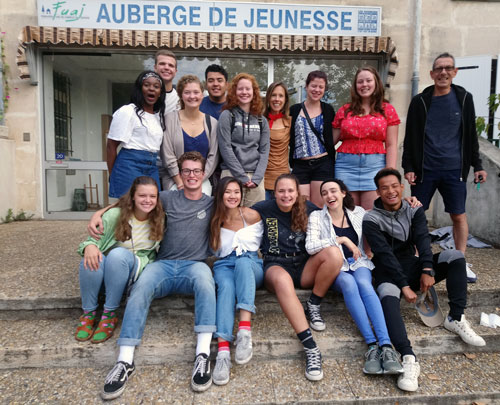 Life at the Collège

Cannes is a beautiful city. It is not extraordinarily large, but is very crowded during tourist season (which ends in October).  The weather is hot and humid in the summer and into fall then becomes more chilly by the end of the semester.

The Collège International de Cannes is situated across the street from the ocean (very ideal for afternoon relaxation).  During the beginning of the semester, there are more students from countries all over the world including Switzerland, Slovenia, Russia, Spain, Venezuela, and Italy.  In October, the number of students at the Collège decreases leaving mostly Americans (CSB/SJU and AIFS students) and some others who spend the rest of the semester.

Dorms at the Collège are comfortable.  Most are doubles and students may either request a roommate from CSB/SJU or and international roommate.  The Collège also provides three meals per day on campus served at 8, 12, and 7.

Le Français (4 credits)
While in France, everyone is required to take a French language course.  It meets every morning from 9-12.  Students take a placement test upon arrival in France to determine which grammar class they will be in.  However, if after a couple weeks you feel like your class is too easy or too difficult, you can talk to the professor and switch.

l'Histoire d'Art (4 credits)
Art History is offered in both English and French.  This class examines French movements and individual artists, emphasizing Impressionists and artists of the School of Paris, many of whom lives and painted on the Riviera. Students will have excursions to local museums containing many of these works.

Phonétique (1 credit)
Phonetics is a course offered in French that focuses on pronunciation.  The classes are very small (usually 2-4 people) and students meet once/week for a month to practice sounds that are traditionally difficult for Americans learning French.

Expression Théâtrale (1-2 credits)
In this theater class, students will rehearse and perform a play written specifically for them by the director of the Collège.  Rehearsal times vary based on the student's role in the play, but may include evenings (between 4 and 7) and nights (between 8 and 9).

French Civilization Abroad (4 credits)
This course is available in both English and French. It examines France through its history, geography, and politics. An emphasis is placed on the media, daily life of young people, educational institutions, and aspects of fashion.

le Cinéma* (4 credits)
Cinema is only offered in French. This seminar seeks to illuminate the evolution of French Cinema during the 20th century. Many aspects of French Cinema are covered, including particular movements, renowned legends of the screen, cinematic writing, the reality and role of the Cannes Film Festival, as well as French cinema in today's world. Students will be invited to discuss film extracts in an open-forum format.

La Littérature* (4 credits)
This class is only taught in French. It examines prominent French literary figures from the 17th century to modern times. It presents a chronological study of the authors and examines thematic development with regard to the literary exposure of the students.

Introduction to International Business (4 credits)
This course is offered only in English. It is designed as a series of workshops to familiarize participants with the essential aspects of business within a European context. The seminar follows two inter-related paths of thought concerning the transformation of the economic, social, and business environments of France since 1970, as well as the increasing economic and social integration of the&nbsp;countries of the European Union (EU). Participants will discover the growing relationship and inter-dependency that now exists between France and Europe. Prerequisite: MGMT 201 (if applied to MGMT major)

Supervised career exploration, field work, or service learning which promotes the integration of theory with practice. An opportunity to apply skills under direct supervision in an approved setting.

*Note: Courses marked with an * are offered contingent on sufficient enrollment.

During the semester, students will take three trips organized and paid for by CSB/SJU.  In 2009, these trips included the Villes Perchées, cities around the Provence region, and, of course, Paris.  Students are also encouraged to travel before, during, and/or after the semester.  There is a train station in Cannes, approximately a 20-25 minute walk from the Collège, as well as a public bus to the airport in Nice. 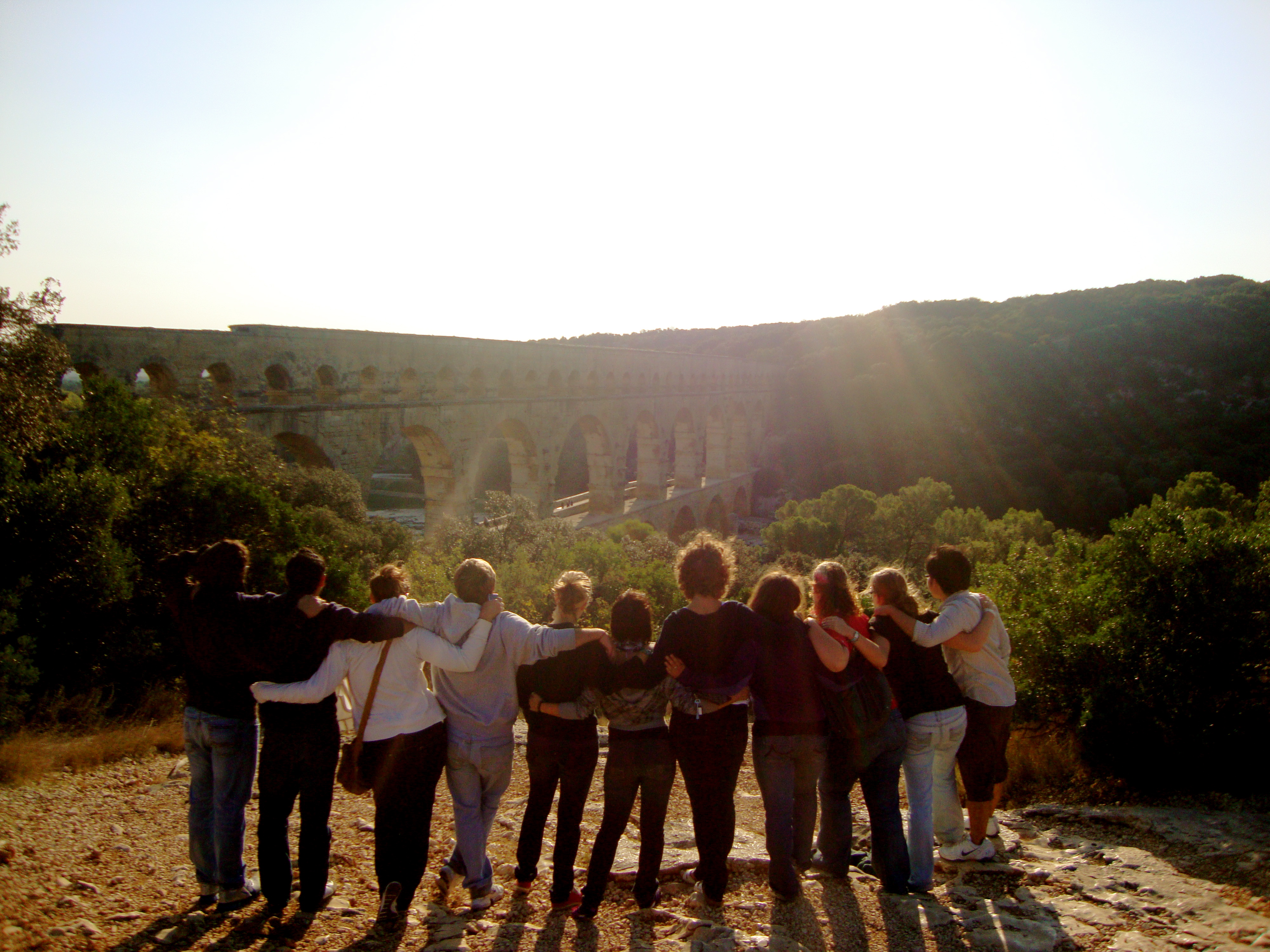 Interested in studying in France this summer for six weeks? Earn 9 credits, live with a French family, and hone your French skills in Lyon, the gastronomic capital of France!

Students who have taken the equivalent of at least one year of college-level French are invited to apply to the  UMKC Lyon Summer Study Abroad program, which will be celebrating its 22nd summer in Lyon. June 1 – July 10, 2020.

For more information and to fill out the application (by Feb. 15), click here (https://umkc-sa.terradotta.com/index.cfm?FuseAction=Programs.ViewProgramAngular&id=12119)  or email Dr. Gayle Levy ([email protected]).

My time in France was perfect.  It was such a different world living in the south of France right along the Mediterranean Sea.  My memories from my time abroad center around the sun, the sea, and the good friends that I met abroad.  We lived at the Collège International de Cannes, a school specifically to learn French, so I met interesting people from all over the world as well as French students.  I met some of the most amazing friends, and I was even invited to the home of one of my good friends from France.  This was a memorable experience because as we did not live with host families the private lives of French families were not something that everyone got to experience.  Being able to be immersed in the French culture, from shopping, transportation, education, nights out, and especially cuisine was an experience that I will never forget.  Learning about and sampling French food was definitely one of the most interesting experiences, and now I have a much better appreciation for fresh bread, wine, and cheese.  I was also able to do a lot of traveling while I was in Europe, and with planes, trains, and buses I ended up touring cities all over the south of the country as well as seven other countries.  Overall I would say that this experience changed me greatly, I will take lessons I learned abroad with me for the rest of my life, and I will remember the friends I made there forever.