What CSBSJU Alums Say About Classics 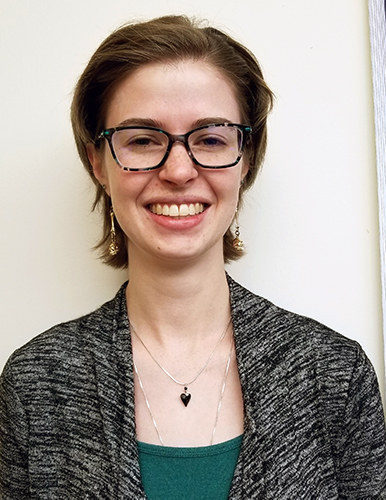 When I started at CSB/SJU, I was a committed math major (truly scary) whose favorite series was Percy Jackson and the Olympians.  I decided to take Ancient Greek to be like my favorite demigods, and absolutely fell in love with the language.  I added a Classics major and ended up in grad school, getting an MA in Religions in Antiquity.  While I have learned a lot about ancient religions, languages, and cultures, there are a lot of other “usable” skills for the real world that I have learned too.  Here is a list of some from my college experience:

Classics has put me on a path that I didn’t even know was a possibility, and I’m so glad that it did.  I had amazing opportunities at CSB/SJU, from going on an archeological dig in Israel to working at a Greek TA for three years, that have shaped who I am and what I want to pursue.  While I don’t know what comes next, whether it is a PhD or a desk job analyzing data, the skills and experiences that I have had because of my Classics degree will help me.  My advice would be to be open to new experiences and to pursue what you love – everything else will come later. -EB 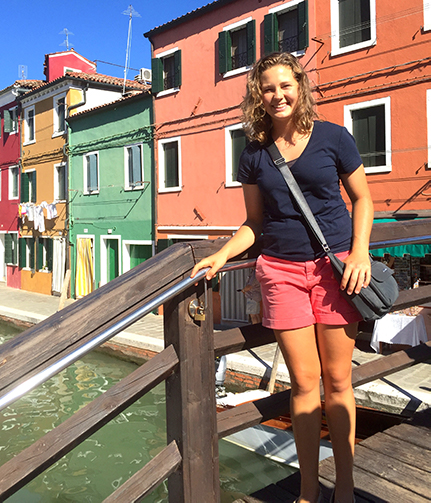 My first introduction to the Saint Ben's/Saint John's Classics department was sitting down to lunch at the Reef with Scott Richardson. I was a prospective student who had developed a love for old books and old languages in middle and high school, but would I be able to continue with those passions at the college level? My conversation with Scott gave me a resounding "yes" answer. As we chatted about Wheelock's Latin, the Classics community at CSBSJU, past graduates, study abroad opportunities, and a new colleague he was very excited to have join him in the fall (cue Jason Schlude's entrance!), I suddenly could see myself calling this place home for the next four years.

From 2014-2018, CSBSJU did become my home. It offered me a place to grow and gave me areas of opportunity I would never have experienced otherwise. I majored in Classics, minored in Music, studied abroad in Italy and Greece, rowed on the CSBSJU Crew Team, and developed life-long relationships with students and professors alike. CSBSJU offers the best kind of educational experience: a rigorous academic program taught by professors who challenge, support, and encourage you every step of the way. Perhaps I am biased, but I would argue that the CSBSJU Classics department exemplifies this personal, scholarly model like none other!

Today I am grateful to say that I am in my second year of teaching Latin and language arts to middle school and high school students. Every day I am able to utilize the life and professional skills that I learned from my time at St. Ben's/St. John's. Jason: my students love when I write out words in Greek from our readings, and I find myself imitating your teaching style in front of the classroom! Scott: many thanks for showing me that it's possible to bring music into the Latin classroom, and although my opening discussion questions aren't Great Books/Richardson caliber, I am learning! I am forever grateful to you both. -OB 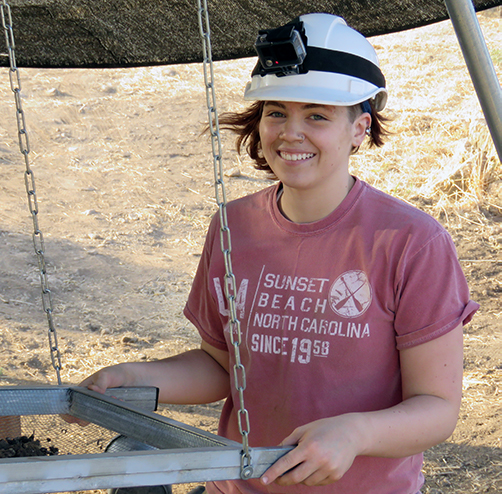 Academically, my Classical education at CSB/SJU let me pursue all the areas of study I was interested in without having to limit myself to a narrow set of regulations. I enjoyed the freedom of being able to “bounce around” in the humanities departments and take courses that I was interested in, and not just ones that checked off a box on my degree requirements. Being able to study a little bit of everything helped me form a more comprehensive idea of the ancient world and narrow down my interests for future study, and the courses I took in college continued to assist and influence my work in my graduate program.

One of the most valuable skills I learned through the Classics department at CSB/SJU, particularly in the Greek and Latin courses, was how to read a text closely and to analyze in-depth everything it had to say. I still enjoy translating and reading slowly, and finding unexpected and meaningful passages hidden inside. Once developed, I’ve found that this is a skill I’ve used every day, both in and outside of academia. Particularly in graduate school, the ability to read closely was key to my academic success, and I definitely felt that my experience in language courses developing this skill gave me a head start over Masters’ students who hadn’t studied languages. In other areas of my life, I’ve found that my time in Latin and Greek courses has changed how I consume media and how I listen to others because of the emphasis on in-depth analysis, and overall it has made me more attentive.

Beyond the skills it taught me, my time with the Classics department at CSB/SJU allowed me to travel and meet new people. As a student, I was able to study abroad in Israel, Italy, and Greece. My education at St. Ben’s also helped me to pursue a Master’s degree in archaeology in Scotland, where I was able to travel to Georgia, Turkey, and Italy to meet with other archaeologists and classicists. Exploring the ancient world has also allowed me to explore the modern one, and introduced me to some of my best friends across the globe. -AH