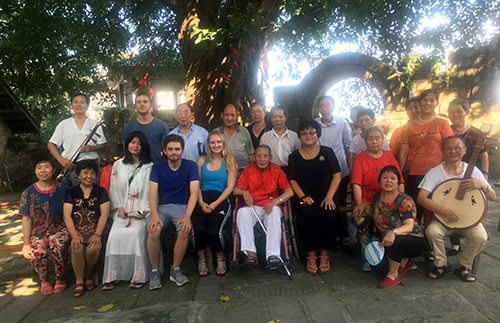 In 2019, Dr. Sophia Geng and four CSB and SJU students were awarded the ASIANetwork Student-Faculty Fellows. An overview of their research project is noted below:

Our project aims to investigate the role urbanization plays in shaping the cultural identity of towns and cities rich in cultural heritage. Additionally, we analyze the local people’s resistance to the official cultural representation designed by the national and local authorities as well as dissect the local people’s ingenuity in searching for a shared future centered on community and sustainability. Our chosen sites of case study are Hu Ji Town in Shandong Province, North China and Zou Ma Town in Chongqing Municipality, Southwest China. Although more than a thousand miles apart geographically, Hu Ji and Zou Ma both showcase China’s traditional opera and arts. Hu Ji, a cluster of one town and one hundred villages, represents North China’s drum-accompanied ballad singing heritage, popular at towns and cities hosting large-scale outdoor bazaars. Zou Ma, a cluster of one town and ten villages, exemplifies Southwest China’s “courier roads culture,” where storytelling and oral performances move with horse-drawn commodities along the mountainous roads. Thanks to their rich folklore traditions, Hu Ji and Zou Ma were among the very first enlisted on the national register for Intangible Cultural Heritage in 2006. Subsequently, both sites won the title of “China’s Town of Folklore.” However, these two towns have one distinctive difference. In 2010, villagers of Hu Ji were relocated from traditional one-story courtyards to multiple-story apartment buildings developed by the local authorities whereas Zou Ma has kept its ancient town center and surrounding villages largely intact.

Under the auspices of this fellowship, these five faculty and student fellows conducted a one-month research in China in the summer of 2019.  One of their end products is a storymap that documented their rich research trip engaging with China’s two cultural heritage towns: Zou Ma in Southwest China and Hu Ji in North China. (You will need a google id to access this storymap.) 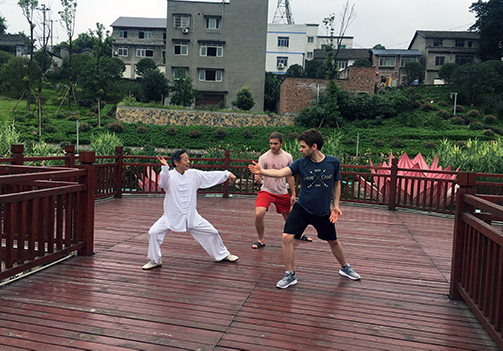