Music as Exploration and Expression of the Divine 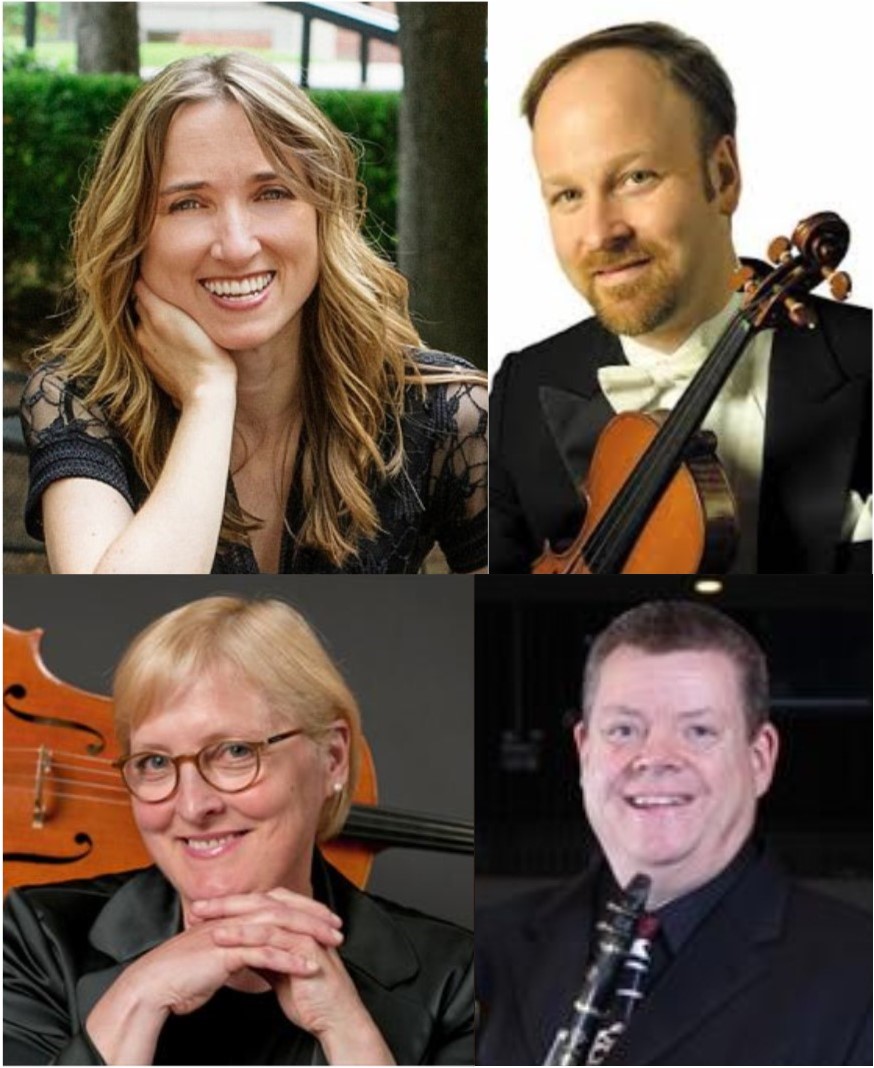 French composer Olivier Messiaen (1908-1992) wrote Quartet for the End of Time in 1941 while a prisoner at the Nazis' Stalag VIII-A camp during World War II.  Alex Ross, music critic for The New Yorker, called it "the most ethereally beautiful music of the twentieth century." The unique combination of piano (Messiaen's instrument), violin, cello, and clarinet reflects the players he had available in the camp. Messiaen was a devout Catholic, and Quartet for the End of Time is a profound reflection of his faith in the midst of dreadful circumstances. Brian Campbell, chair of the CSB/SJU department of music, said that "perhaps no other composer has suggested the eternal as powerfully and beautifully as Messiaen."  According to Amy Grinsteiner, assistant professor in the CSB/SJU department of music, who will be at the piano for this performance, "Quartet for the End of Time has become one of the iconic pieces of the twentieth century, not only because of the circumstances under which it was written, but also because of the twentieth century musical elements it employs."  She has also noted that "while on the surface it can be a bit abrasive at times, it is also peaceful, challenging, comforting, thought-provoking, and mesmerizing."

Amy Grinsteiner is assistant professor of music at CSB/SJU, teaching piano and music through history, and she enjoys a varied performance schedule as a pianist, including solo and chamber music recitals, concerto performances, and choral accompaniments.

Svend Rønning, concertmaster of the Tacoma Symphony Orchestra and one of the most active violinists in the Pacific Northwest region, is associate professor of music and chair of the string division at Pacific Lutheran University.

Lucia Magney teaches cello and directs the cello ensemble at CSB/SJU and is assistant principal cellist of the Duluth-Superior Symphony Orchestra and the Minneapolis Pops Orchestra.

Bruce Thornton is associate professor of music and director of the jazz and clarinet ensembles at CSB/SJU, and he maintains a busy performance schedule, including performances with the Minnesota Orchestra and in the Plymouth Music Series.

Part 2: Responses to the performance and conversation about music and the divine
Panelists: David Jordan Harris and Mary Dana Hinton

Music is widely perceived to be a preeminent way of expressing and provoking feeling. But it is not commonly recognized to be a way of knowing, which is how it is described by Vincent Smiles, professor in the CSB/SJU department of theology.  "Like other forms of knowing, music involves exploring reality, and then attempting to express the reality discovered," he said. "Music is unique, because it does both of these things through sound, and through its deep connections to the human spirit. Music evokes reality and at the same time responds to it, but more than that, in its singular way, it brings experience of reality's depths - even the depths of God." In an interfaith discussion, David Jordan Harris and Mary Dana Hinton will share their insights on this topic and audience members will be invited to do the same.

David Jordan Harris, whose performance and study of Judeo-Spanish music has taken him to numerous countries, is artistic director and co-founder of the Twin Cities-based performance ensemble Voices of Sepharad and executive director of Rimon: The Minnesota Jewish Arts Council.