When Lincoln Mullings first enrolled at CSB/SJU, he already knew he wanted to be a doctor and that Biochemistry would prepare him well for medical school.

While Mullings already had his major figured out, he had no idea he would also minor in Gender Studies. But through his work with the Men’s Development Institute and the Black Student Association, Mullings became intrigued by concepts such as masculinity, intersectionality and gender. He took a Gender Studies course and soon became a minor.

Through his minor, he came to understand the importance of Gender Studies and found a way to connect it to his major. “For me, Gender Studies was eye opening, especially being from the Bahamas as there is not much discussion of gender, culture, or intersectionality there.” Lincoln realizes that gender, race, ethnicity, and culture will each play a major role in how he interacts with future patients. He would like to bring these life changing skills back home to the Bahamas.

Although Lincoln hasn’t yet put these skills into action as a doctor, he has implemented them in his own classroom. Mullings had the privilege of being accepted into the Benedictine Volunteer Corps Program for 2018-2019. He went to St. Benedict’s Prep in Newark, NJ, where he taught a Public Health course. Lincoln combined his major and minor, teaching young men about masculinity along with taking care of their mental health. “Being at St. Benedict’s allowed me to see the diverse backgrounds that people come from that I may encounter in the future as a doctor.”

Lincoln is grateful for the year he spent in Newark. He continues to work towards becoming a doctor and educating men about the interconnections between gender and health. “I will be attending medical school at the University of the West Indies in Trinidad: I am also hoping to create an online magazine to help men understand the importance of self-care and the performance of masculinity and what that does to a personal relationship.”

As Lincoln continues to tap into his Gender Studies background in his post CSB/SJU life, he encourages current students to do the same. “Having a background in Gender Studies  has given me the opportunity to not only learn more about myself and help the students I taught break down sterotypes related to masculinity and sexuality. I encourage all students to take advantage of this opportunity because it goes by so fast." 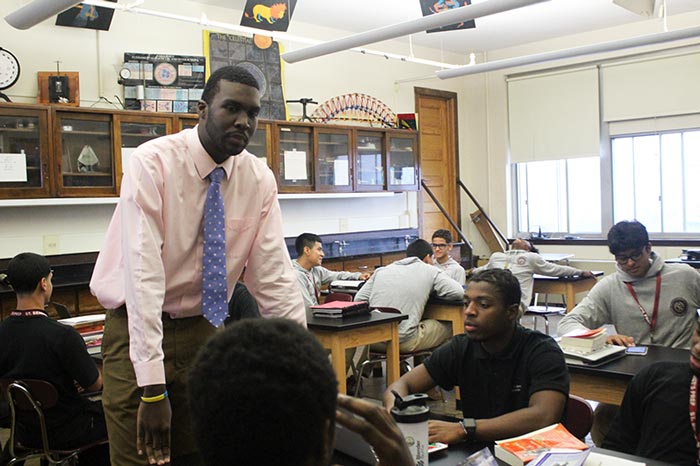