Alex Kuno created a series of interwoven, darkly satirical fairy tale vignettes in his work The Miscreants of Tiny Town. This series presents the trials and tribulations of wayward children in various forms through mixed media paintings on hand-carved pieces of wood, drawings on paper, sculpture and installation. These pieces are playful investigations of longings, fears and dark stories from childhood that have shaped our adult anxieties and understanding of the real-world, large-scale cultural, economic and environmental change. 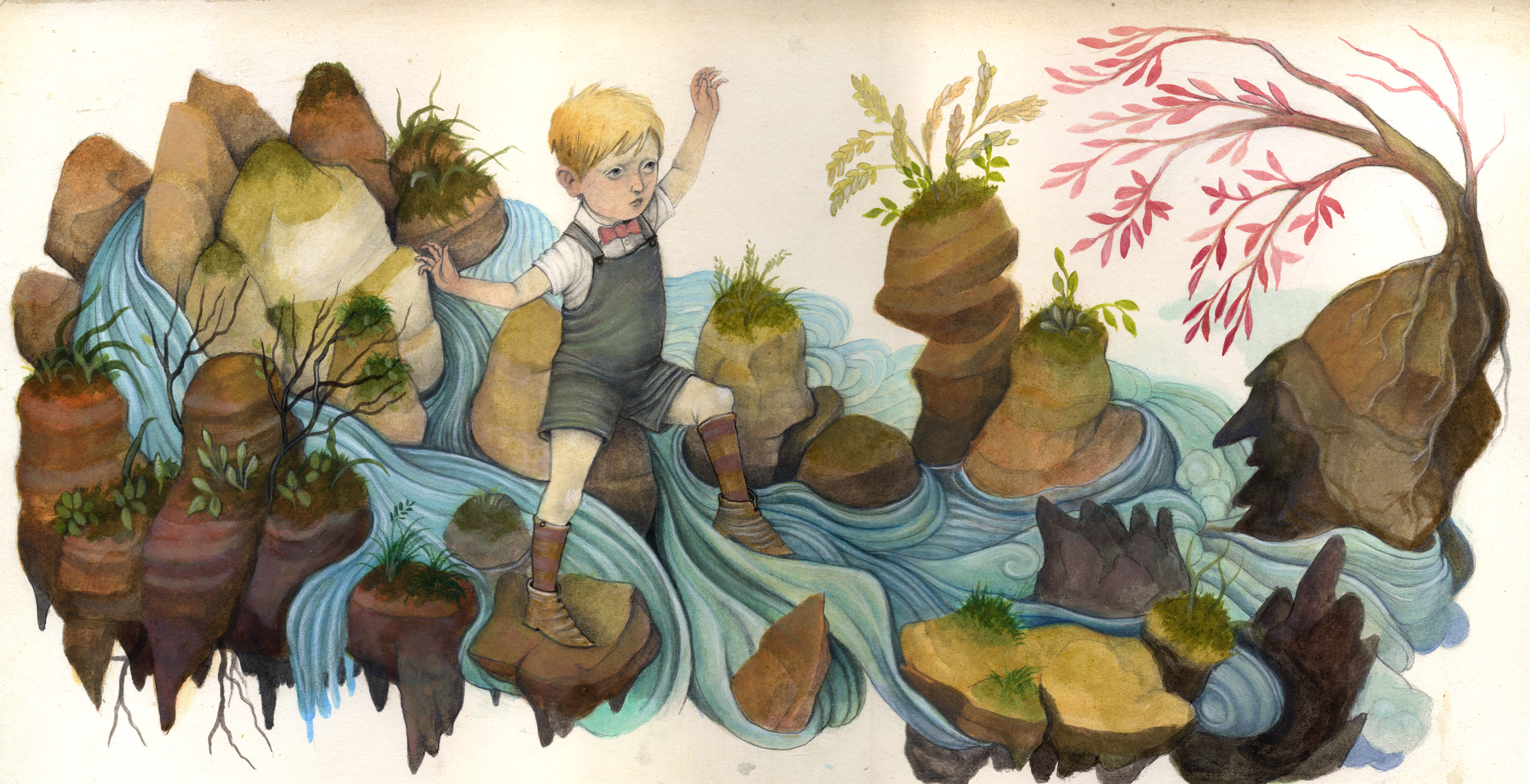 A Few Words Regarding
"Crytotopographies of Malthusia: Stories Of Worry And Wonder From The Miscreants Of Tiny Town Miscellany” by Alex Kuno

The Miscreants of Tiny Town is an ongoing series of interwoven, darkly satirical fairy tale vignettes whose visual narratives I’ve been expanding on since 2008. I’ve presented the trials and tribulations of Tiny Town’s ever-imperiled, wayward children in various forms over the years, from mixed media paintings on hand-carved pieces of wood, drawings on paper, to sculpture and installation. The series as a whole is by turns whimsical and melancholic, tinged with both nostalgia and a sense of the macabre. I think of them as playful investigations into the sometimes violent imaginings that are part of the universal experience of childhood. I’m specifically interested in how the longings and fears and dark stories from our early years inform our perspectives in adulthood and shape our grown-up anxieties and understanding about real-world, large-scale cultural, economic and environmental change.

For my “Cryptopographies of Malthusia” exhibit at Saint John’s University, I set out to create a pseudo-academic series of faux-archaeological “studies” depicting the final years, days, and split- seconds before the island continent of Malthusia suddenly and mysteriously disappeared off the coast of the Tiny Town mainland. The resulting body of work, taken as a whole, presents the last remaining memories and dreams of an imagined populace. What happened? Was there a natural disaster? A war? Perhaps corruption within the Secret Family played a part, or maybe the delicate geological structure of the island could no longer support the absurd goings-on on the surface, and it eventually gave way, collapsed and sank into the sea? One thing’s for sure, is that as much as we might think it’s possible to piece together the puzzle of whatever caused the calamity of this non-existent continent, the solution isn’t actually relevant.

With our changing global climate being potentially at the root of so many economic, racial, moral, political, intellectual and religious upheavals we’re now  (and about to be) experiencing, I personally think it’s okay to just admit that we’re all in the midst of a pretty uncertain time in Human History. This new body of work, then, is about my admittedly failed attempt to find order and objectivity in an increasingly irrational and subjective world. The inevitable collapse of Malthusia might seem dour and hopeless to some, but it’s okay. Malthusia is a hypothetical place stuffed with imaginary characters that existed in a time that never really existed in the first place. There’s some hope in that idea, on account  it might be time we start generating some new Creation Myths soon, anyway.