an evening with J. Drew Lanham

Dr. Lanham will discuss what it means to embrace the full breadth of his African-American heritage and his deep kinship to nature and adoration of birds. The convergence of ornithologist, college professor, poet, author and conservation activist blend to bring our awareness of the natural world and our moral responsibility for it forward in new ways. Candid by nature — and because of it — Dr. Lanham will examine how conservation must be a rigorous science and evocative art, inviting diversity and race to play active roles in celebrating our natural world. 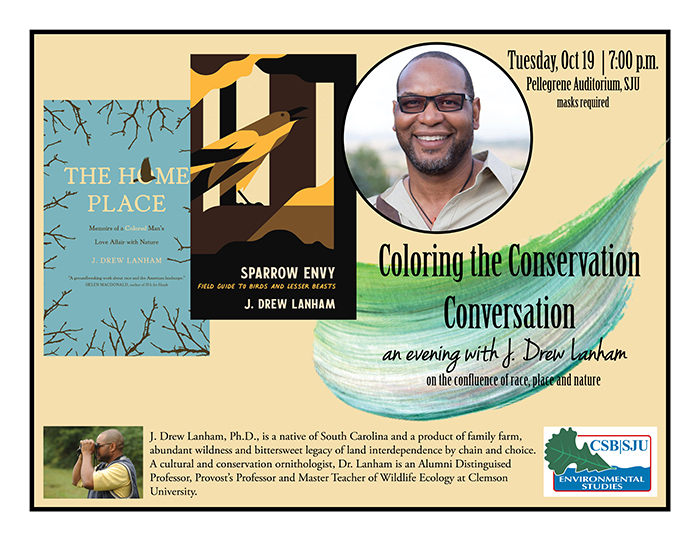 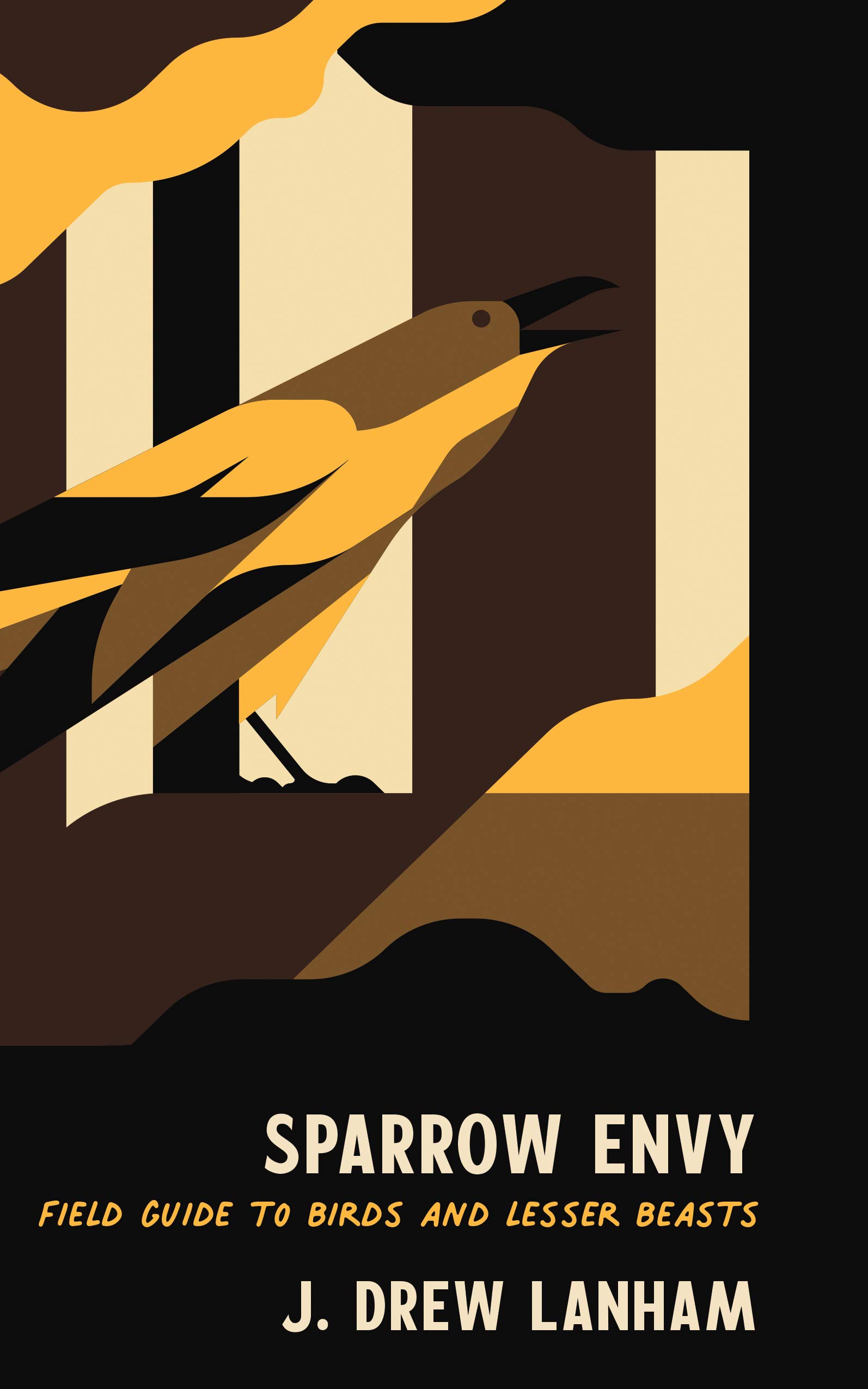 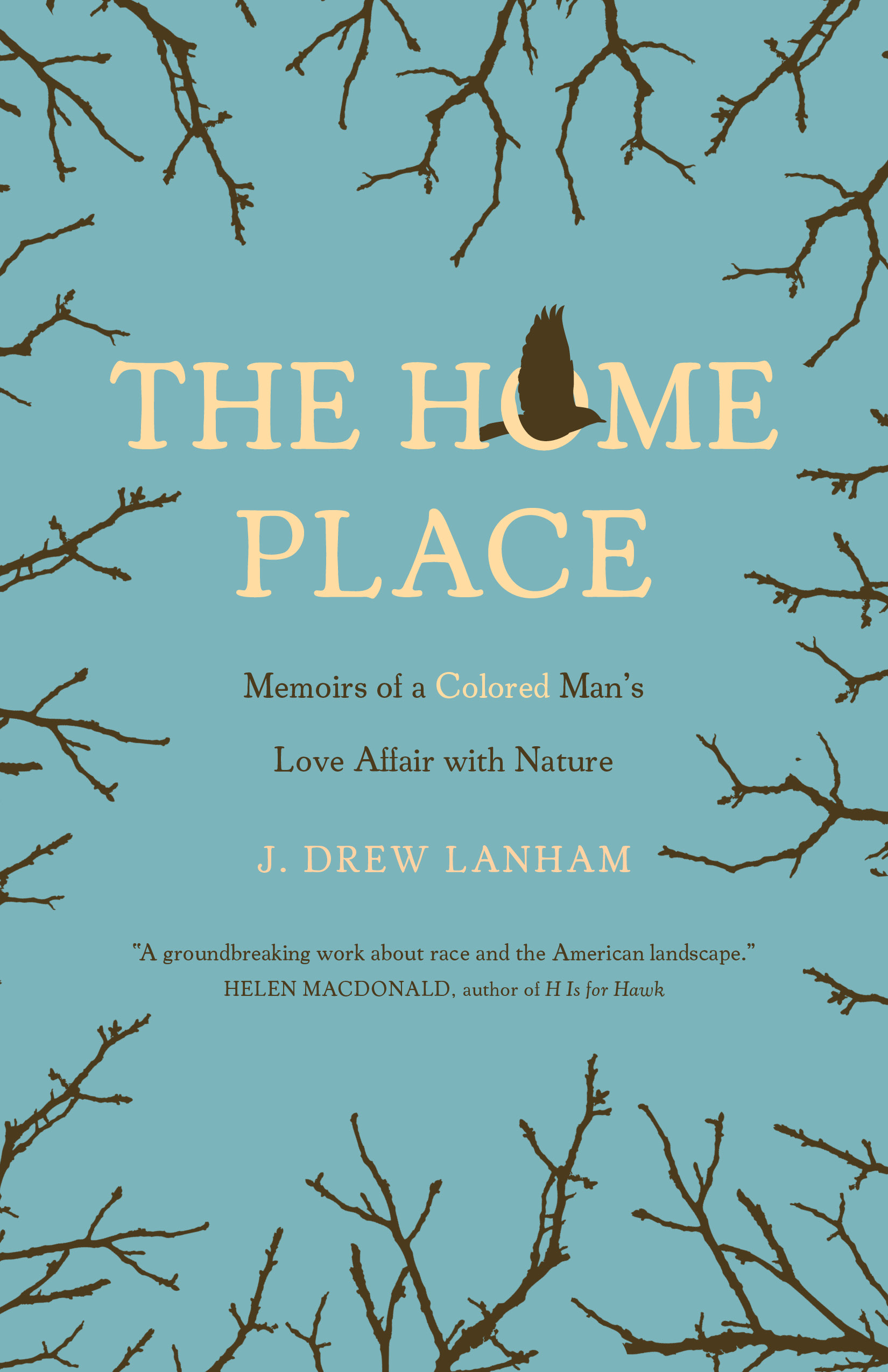 J. Drew Lanham, Ph.D., is a native of Edgefield, South Carolina and a product of family farm, abundant wildness and bittersweet legacy of land interdependence by chain and choice. He is an Alumni Distinguished Professor, Provost’s Professor and Master Teacher of Wildlife Ecology at Clemson University. Dr. Lanham is a cultural and conservation ornithologist whose work addresses the confluence of race, place and nature.

He is the Poet Laureate of his home county and the author of Sparrow Envy - Poems (Holocene 2016, Hub City 2018), Sparrow Envy - A Field Guide to Birds and Lesser Beasts (Hub City 2021), and The Home Place - Memoirs of a Colored Man's Love Affair with Nature (Milkweed 2016/ Tantor Audio 2018). The memoir is a winner of the Reed Environmental Writing Award (Southern Environmental Law Center), the Southern Book Prize and a 2017 finalist for the Burroughs Medal. It was recognized as a memoir and scholarly book of the decade (2010-20) by Literary Hub & The Chronicle of Higher Education, respectively, and has been a common read for universities, colleges and other organizations.

Drew's creative work and opinion appears in Orion Magazine, Vanity Fair, Oxford American, High Country News, Bitter Southerner, Emergence, Cutthroat, Flycatcher, Terrain, Places Journal, Literary Hub, Newsweek, Slate, on NPR, Story Corps, Threshold Podcast, Audubon, Sierra Magazine, The New York Times, This is Love with Krista Tippet and On Being Podcasts, among others. He is a contributor to myriad anthologies including The Colors of Nature, Bartram’s Living Legacy, Carolina Writer’s at Home, Gather at the River – Twenty-Five Authors on Fishing, and several others.

For his service over the past thirty years, Drew has been awarded the Dan W. Lufkin Conservation Award (National Audubon Society ) , the Rosa Parks and Grace Lee Boggs Outstanding Service Award (North American Association for Environmental Education), and the E.O. Wilson Award for Outstanding Science in Biodiversity Conservation (Center for Biological Diversity). He’s a past winner of Regional Emmys for his public radio birding broadcasts and most recently named as the Roland P. Alston Awardee for outstanding outreach communication at Clemson University. The South Carolina Land Conservancy Upstate Forever, recognized him as its Tommy Wyche Land Conservation Champion, citing his “…decades of teaching, research, and writing that have made the field of conservation more accessible and inclusive.”

Drew is currently a Contributing Editor for Orion Magazine, a wide-ranging public speaker, a lifelong bird watcher/adorer and a hunter/conservationist, who writes on the eco-pyscho-social edges where the richness of wildness and identity converge. His forthcoming book (2022-23) from Farrar, Straus and Giroux, Range Maps – Birds, Blackness and Loving Nature Between the Two, is the work that he hopes will breathe being into his desire to make birds “who’s” as much as “what’s”, and his writing to become the definitive “feel guide” for blending culture and conservation. Drew resides in Seneca, SC, a soaring broad-winged hawk’s downhill glide from the foot of the Southern Appalachian escarpment the Cherokee once called the “Blue Wall”.