This information was taken from a monastery publication.

S. Kristin was born in Van Hook, N.D., the first of William and Helen (Lehner) Malloy's four children. Her father died when she was ten. She attended the public grade school in Van Hook, Bismarck High School and summer religion classes conducted by Benedictine Sisters. After graduating from the College of Saint Benedict with a major in English in 1943, she spent two years at the National Catholic Welfare Conference's Bureau of Immigration in Washington, D.C. On September 12, 1945, Lois entered Saint Benedict's Monastery, and was received into the novitiate as Sister Kristin on June 19, 1946. She made her first monastic profession on July 11, 1947, and perpetual profession on July 11, 1950. Her Golden Jubilee in 1997 and her 60th anniversary in 2007 were both wonderful celebrations.

S. Kristin loved teaching and her students loved her. A long teaching career in English began with one year at her alma mater, the College of Saint Benedict, followed by four years at Cathedral High School, St. Cloud. From 1952 to 1968, S. Kristin taught at the College for six years, again at Cathedral High School for five years, and a five-year stint at Pierz Memorial High School which entailed both the English classroom and the chair of assistant principal.

In 1968, S. Kristin returned to ministry at the College. For almost 30 years, she was a vital member of the English Department and chaired the Development Office in its early efforts; her outgoing, friendly manner was a valuable plus in both roles. In 1986, she was cited as an outstanding academic advisor. With her expertise in Irish studies, she directed a tour group of College of Saint Benedict/Saint John's University students to Ireland and, on three occasions, sponsored alumnae tours to the Emerald Isle. In 1998, President Mary Lyons named her Professor Alumna of English. An endowed scholarship to the College of Saint Benedict was named in recognition of her.

Smiling, energetic and vivacious, generous to a fault, determined and tireless, lover of Irish culture-all fit S. Kristin. Her prayer and work, in fact, all her life was steeped in the Benedictine spirit. 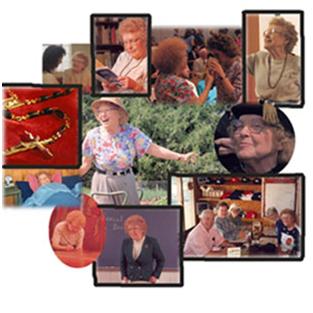