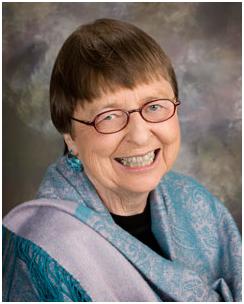 S. Nancy was born November 19, 1933, to Stanley and Charlotte (Cram) Hynes in Winnebago, Minn. She graduated from the public grade school and Winnebago Public High School. She entered Saint Benedict's Monastery September 12, 1956, and was received into the novitiate June 18, 1957, made her first monastic profession on July 11, 1958, and her perpetual profession on July 11, 1961.

As an educator, S. Nancy taught English at St. Boniface High School, Cold Spring; Cathedral High School, St. Cloud; Immaculate Conception High School, Stephan, S.D., and Pierz Memorial High School in Pierz, Minn. S. Nancy's long career at the College of Saint Benedict/Saint John's University began in the Development Office, where she was director of public information. She rose to the rank of full professor in the English department, where she taught for 32 years. During her teaching career, she served as faculty advisor for Studio One, a journal of the arts, and accompanied study groups to Hawaii and England. She was also the first director of the First Year Symposium program from 1984-1989. The Sister Nancy Hynes Center for Women, named in her honor, opened in September 2007.

S. Nancy was a prolific scholar, the editor of a collection of works by Mariella Gable, OSB, titled Literature of Spiritual Values and Catholic Fiction, and a biography of J. F. Powers. She also regularly lectured on these authors and other topics to community, monastic and school groups. In community life at the monastery, she gave reflections at the Eucharist, sang in the monastic schola and led liturgies as cantor. 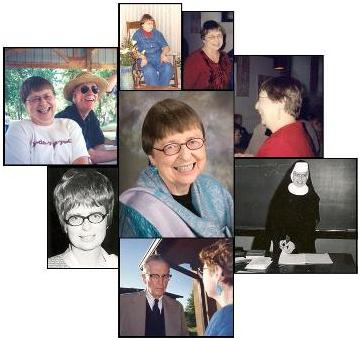