The English Department awarded five scholarships to English majors for the 2009-2010 academic year. These scholarships are based on financial need and good academic standing. Winners are also chosen for their ability to write a well-organized and persuasive essay on the topic how reading in college has affected them, using a piece of literature to outline a new or wider view of the world, the evolution of their intellect, a change in a pivotal relationship, or consequential shift in their own behavior. 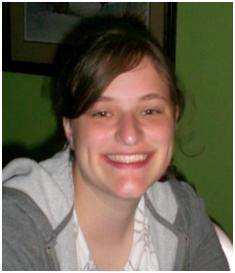 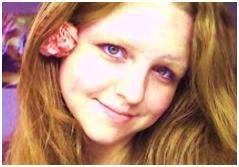 Sr. Kristin Malloy Scholarship
Angela Lightbourn, English Major and Writing Minor
Daughter of Dennis and Kathryn Lightborn from
Nassau, Bahamas and her favorite book is:
To Kill a Mockingbird by Harper Lee 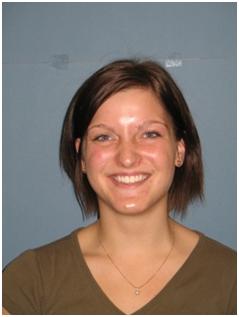 Dr. Angeline Dufner Scholarship
Laura Murray, English Major and Spanish Minor
Daughter of Ann and Tom Murray from Mankato, MN
Some of her favorites include: Girl with a Pearl Earring, by Tracy Chevalier, Outlander Series by Diana Gabaldon, Pride and Prejudice by Jane Austen, The Giver by Lois Lowry, and The Westing Game by Ellen Raskin. 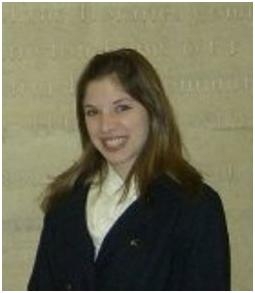 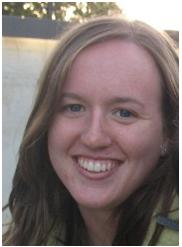 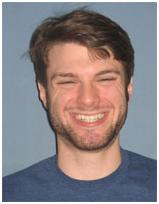 Outstanding Honors Thesis of 2009
Nicholas Bingham, His award was conferred on him from a pool
of about 12-16 other candidates from all other
academic disciplines. He received a monetary prize along
with a framed certificate.

His thesis was about how the British World War One poet
Wilfred Owen viewed war and how his perceived gaps in
understanding--which occurred between civilian-readers and
soldier-poets--can form a theoretical framework useful for
discussing modern war in both the real and literary arenas.

DES, a national Catholic honor society for women, is considered CSB's highest honor for a student. The applicants must maintain a 3.9 grade-point average or higher on a 4.0 scale, and must be very involved in the community through volunteer and extra curricular activities. The purpose of DES is to recognize academic accomplishments, dedication to intellectual activity, and service to others.

No Photo
Sarah Crompton, daughter of David and Jane Crompton of Shoreview, Minn. Crompton is a junior English and music double major. Megan Koltes, daughter of Richard and Marilyn Koltes of St. Cloud, Minn. Koltes is a junior English major.
"Koltes works at CSB Clemens Library where she tries to crack open lots of books. As for future plans, she would like to incorporate English and education, possibly teaching education literacy at the college level."

Megan Sinner, daughter of Philip and Mary Kay Sinner of Renville, Minn. Sinner is a junior English major.
"Megan is the coordinator of VISTO Singers and a Writing Center student manager. She helps lead retreats through Campus Ministry and is a member of the Theology department Student Leadership Team. After graduation, she plans to attend graduate school for English Language & Literature Studies."

Angela Tate, daughter of Jim and Mary Tate of Marshall, Minn. Tate is a junior English major.
"Tate is currently the co-chair of the Pseudonym Club and works as a writing tutor at the CSB/SJU Writing Center. She volunteers at Seven Dolors Parish in Albany, MN teaching high school religious education classes. After graduation, she hopes to either attend graduate school or work in publishing and continue to read and write as much as she can."