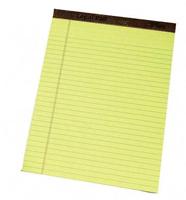 What We Look Like Now: a portfolio of CSBSJU English faculty/staff/student  photos and captions. 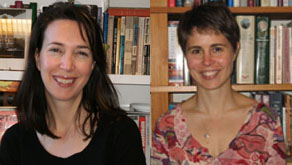 Women Having Words/A Poetic Encounter:
Jessica Harkins (Assistant Professor of English) and Betsy Johnson-Miller (Instructor of English and Communication): Jessica and Betsy sit down for an audio interview with Luke Mancuso to read and discuss several of their poems and their passion for the writer's craft. (42 minutes) (click on the picture to listen)

Bill Meissner's Prodigious Prose:
Fiction Writer Bill Meissner talks writer's craftsmanship in an audio reading/interview with Matt Callahan (Instructor of English). Spirits in the Grass, Meissner's most recent book, won the 2008 Midwest Book Award for Fiction from the Midwest Booksellers Association. His other works of fiction are Hitting into the Wind (Random House) and The Road to Cosmos (University of Notre Dame Press, 2006).  He also wrote four books of poetry, including American Compass (University of Notre Dame Press, 2004).  In addition to writing, Meissner serves as the director of creative writing at St. Cloud State University. (41 minutes) (click on the picture to listen)

Chasing the Moonlight:  CSB Author and English Major Katherine Bloom (CSB Class of 2011) presents her personal essay "Chasing the Moonlight," along with an audio reading of the text, which was selected for the distinction of one of two runners-up for the Editor's Choice Award for an essay writing contest at Assumption College.  (click on Katherine's picture to listen)

Doreen Baingana's Reading: Seeing Tropical Fish: Tales from Entebbe
A video presentation of highlights from Baingana's reading event here in Collegeville in November 2010.
Baingana's collection of short stories, Tropical Fish: Tales from Entebbe (2005), won the Association of Writers and Writing Programs prize for short fiction as well as the Commonwealth Writers' Prize for best first book in the African region. Additionally, she has won the Washington Independent Writers Award and is a two-time finalist for the Caine Prize for African Writing. Her stories and essays have appeared in various journals in America, the United Kingdom and Africa and several major east African newspapers.

Doreen Baingana visited St. John's University to read from her stories on Wednesday afternoon, November 15th, 2010. Doreen grew up in Uganda and currently works as an editor for a small literary press called Storymoja in Nairobi, Kenya. Her visit to St. John's University was sponsored by a collaboration between the Literary Arts Institute at the College of St. Benedict and the Pilgrimages Project of the Chinua Achebe Center at Bard College. Her reading was recorded by CSB/SJU's media services for The English Web.  (click on Doreen's picture to view)

Gender-Based Violence---Men With Women Working to End Violence:
Brian Heilman (SJU English alum 2005) presents a video feature addressing his ongoing work to implement programs directed towards ending gender-based violence. Focusing primarily, though not exclusively, on India, Mr. Heilman  presents new data on the prevalence and causes of GBV. He speaks about what international organizations (like the International Council for Research on Women) are doing to engage men in efforts to reduce GBV against women. Brian gives witness to the three programs in India with which he has personally been involved.  (click on Brian's picture to view)

Mary Catherine Mohr is a current CSB Biology major/Writing minor.  She presents her essay "September" for our subscribers to read, thanks to the encouragement of her instructor, Matt Callahan (Instructor of English).  Read Mary Catherine's essay.