Heather Hatzenbihler, daughter of Debra and Denny Hatzenbihler of St. Cloud, and Erin Wentz, daughter of Dan and Peg Wentz of Rochester, MN, were inducted into Delta Epsilon Sigma in February 2006.  Delta Epsilon Sigma is a national Catholic honor society that inducts students with a GPA of at least 3.9 as well as a record of outstanding service to the community.  Election into this society is the highest honor that St. Benedict's grants to its students. 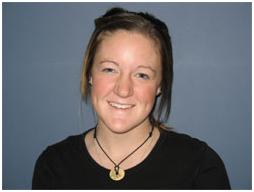 Heather Hatzenbihler is a volunteer coordinator for Big Brothers/Big Sisters, a French tutor, and a religious education teacher. She has also worked with Upward Bound, a program working with high schools students.  This spring she will be student teaching and hopes to continue teaching after graduation. She recently completed her final interview with Teach for America.  If accepted, she will move to Arizona or Chicago to teach in inner city schools.  If not, she hopes to return to camp this summer to work with kids with mental and physical disabilities, and then go to Chicago to work with neglected and abused teenagers.  She is also considering accepting an Americorps position through the Big Brother/Big Sister organization. 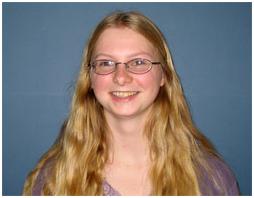 Erin Wentz has worked on various fundraising projects for the Uganda Rural Fund. She is a member of the CSB/SJU Global Aids Awareness Organization and helps organize their meetings and awareness-raising campaigns.  She has also worked as a small-group leader for Magis and has helped organize various activities of the club. Erin plans to go to graduate school to become a librarian, but first she would like to take a year off to volunteer or to work.