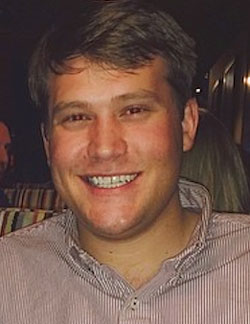 My academic interests going into my first year of college were centered around mathematics and discovering how to apply it to business. I had originally thought the pre-engineering track was the only path for a quantitative-oriented student. However, after taking introduction classes in physics and economics it was an easy decision to continue with economics as I became very interested in conducting research using data. I also continued to study math and ended up double majoring in order to take calculus and statistics courses in preparation for graduate level economics.

After graduation from CSB/SJU, I enrolled in the graduate economics program at the Colorado School of Mines in Golden, CO. I received a Master of Science in December 2013 in Mineral and Energy Economics and, without a doubt, majoring in economics at Saint John's and Saint Ben's laid the foundation for my success in studying at a rigorous school like "Mines". I was drawn to this graduate program specifically to study oil, gas, and other energy markets.

A formative experience as an economics major was the opportunity to develop an original piece of research in Econ 384. My project was on the North Dakota oil boom and the economic growth associated with it. As a graduate student, I was able to study advanced applied math like operations research or mathematical optimization/algorithms. More recently I have researched wholesale deregulated electricity markets and the mathematical programming used to optimize the flow of power across the grid while maintaining a competitive market.

I have had internships in manufacturing and electricity trading while an economics student and have been at a full-time position in natural gas trading and risk management for about five months. The work is exciting and, looking back, majoring in economics at CSB/SJU definitely opened doors and allowed me to pursue my passion of studying energy markets for a living.