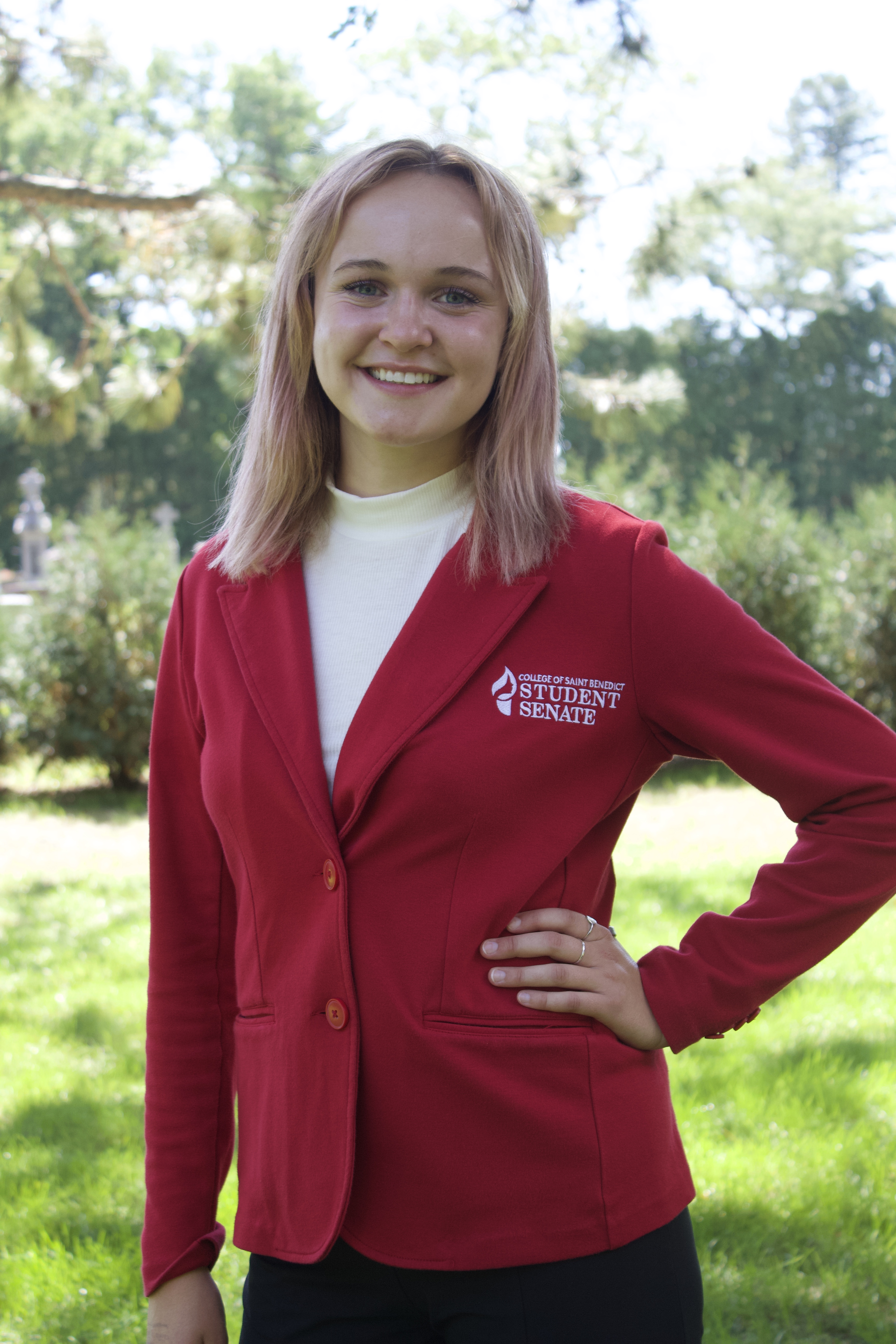 Studying: Major in Psychology and Minor in French

Why did you join Senate: I joined Senate because I wanted to advocate for and improve this school I love!

Favorite spot on campus: the trails around Lake Sarah :)