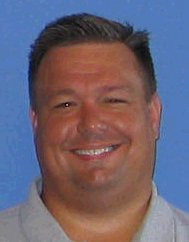 Darren attended St. Cloud State University, St. Cloud MN where he worked as a Lieutenant with St. Cloud State’s security department. After St. Cloud State he went to work for Fingerhut Corporation as Security Supervisor and Corporate Loss Prevention Investigator (1990 – 1998). In 1998 he was hired as the Branch Manager for Hannon Security where he worked until 2005. In 2005 he accepted the position of Assistant Security Director at the College of Saint Benedict. In 2009 Darren was promoted to Director of Security.