I was a community dietitian for programs like WIC (Women, Infants, and Children Supplemental Food Program) that served low-income participants before I came to CSB/SJU.

Nutrition education was an integral part of my job, but  I often found that my message did not get through to participants because the prescribed food package was incompatible with their ethnic/racial food preferences. I remember counseling a pregnant Asian woman who did not drink milk, common in many ethnic populations who are lactose intolerant. All I could offer her was more cheese to replace some of the fluid milk, which was a source of lactose as well as an unfamiliar food. It was meaningless for me to tell her that the milk and cheese were good sources of calcium and protein when I knew she was not going to eat the foods.

For 34 years, WIC's food package remained the same, providing iron-fortified cereals, milk/cheese, eggs, 100% fruit juices with Vitamin C, and in some states, dried beans, or peanut butter. This set of items was not only culturally inappropriate for an increasingly diverse population, but it also failed to reflect changes in what we knew was best nutrition practice.

Recently, the WIC program has been changed to offer participants healthier and more culturally appropriate food options. New food options, with some restrictions based on age, pregnancy, and breastfeeding, include:

Furthermore, cash value vouchers are available to purchase fruits and vegetables year round. In Minnesota and many other states, small grocers are encouraged to offer fresh fruits and vegetables. Locally grown fruits and vegetables can also be purchased at farmer's markets.  In addition to providing health benefits, these changes help the environment by reducing the distance food travels from grower to the plate. Furthermore, if the cost compares to non-organic foods, organic ones are acceptable.

Taken together, the changes in the WIC food package are both more culturally appropriate and offer healthier options.

Unfortunately, some of our recent immigrants to the US have already begun to show the impact of a change to a Western diet, most notably in terms of increases in obesity, cardiovascular diseases, and diabetes. In my chapter on the Hmong in Cultural Food Practices,  published by the American Dietetic Association, October 2009, I show the negative effects for the Hmong of trading a traditional diet of rice, fresh vegetables and fruits, tofu, and small quantities of meat for processed foods high in fats, calories and sodium.  One result is that it is estimated that 41% of the Hmong population is at risk for developing diabetes, even though there was no word for diabetes in the Hmong language.   Health professionals are also alarmed by growing overweight and obesity rates in Hmong American children and adolescents.

While recent changes in the WIC program made it more culturally respectful and nutritionally sound, it is clear that the attractions of the American fast food culture can quickly have negative effects even on recent immigrant populations. 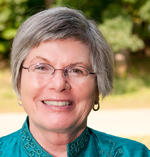 Diane Veale Jones began teaching in the Nutrition Department in 1985. She transferred to the Environmental Studies Department in 2007.

She is a Registered Dietitian (RD) and a Licensed Dietitian. Diane has a wide variety of interests and hobbies that include gardening, baking bread, cooking (especially ethnic foods), traveling (especially to food museums), and spending time with her children and grandchildren.