She has the market on loyalty 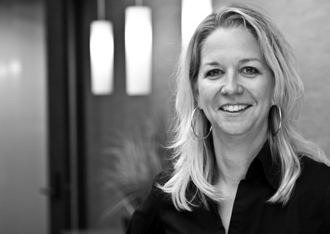 Her bio - borrowed directly from www.olsondenali.com -- tells of the trip to the top of her game.

"She had a paper route at age 10. During her teens she leased a drive-in restaurant and hired her brothers as soda jerks. And while managing a languishing retail complex fresh out of college, she discovered how customer engagement spurs sales.

Then Carlson Marketing discovered Margaret. Provided a global platform to practice what she calls 'the Art of Serving,' the College of Saint Benedict graduate rocketed to SVP of Client Services; earned an MBA from the University of St. Thomas; completed the University of Minnesota's Executive Leadership Program; and became one of the Minneapolis St. Paul Business Journal's 'Top 40 Under Forty.'

Yet it's not just her professional accomplishments that inspire the OLSONdenali staff. Margaret's work ethic and focus are the stuff of legend; her commitment to volunteerism wins hearts; and her travels across six continents model the kick-butt use of vacation time."

Each year, the Business Journal honors 25 Industry Leaders who are at the forefront of their industries as well as 25 Women to Watch.

Murphy is President and COO of OLSONdenali, one of the top 10 independent, full-service brand connection agencies in the U.S. The agency provides brand strategy, advertising, interactive, social engagement, design, public relations, media, loyalty, and analytics for the world's most respected brands.

Saint Ben's has had a strong presence the last two year's of the awards. Last year's Women In Business Award winners included: