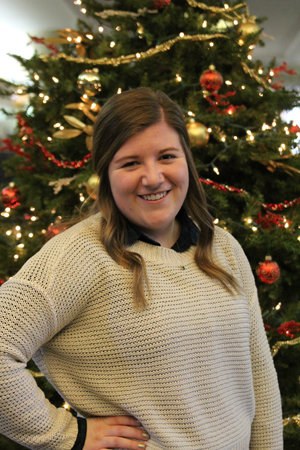 When I think about why I decided to come to Saint Ben's I cannot think of one singular reason. There were many factors that went into my decision, but one of the most important ones had to do with the financial aspect of a college tuition. I was considering a few other good schools but Saint Ben's was on the top of my list.

Out of all of the schools, Saint Ben's gave me the most financial aid and scholarships. When I decided to go to Saint Ben's, I didn't quite understand how or why Saint Ben's was able to give me so much financial support. After being at Saint Ben's for a while and working at the Phonathon, I now understand why Saint Ben's was able to give me the amount of support that they do. Saint Ben's has a large community of alumnae who are more than willing to donate to Saint Ben's because they had such good experiences here and they want as many other young women to have similar experiences as possible. I am so grateful for all of these alums for the difference that they have made in my life and many other Bennies like me.