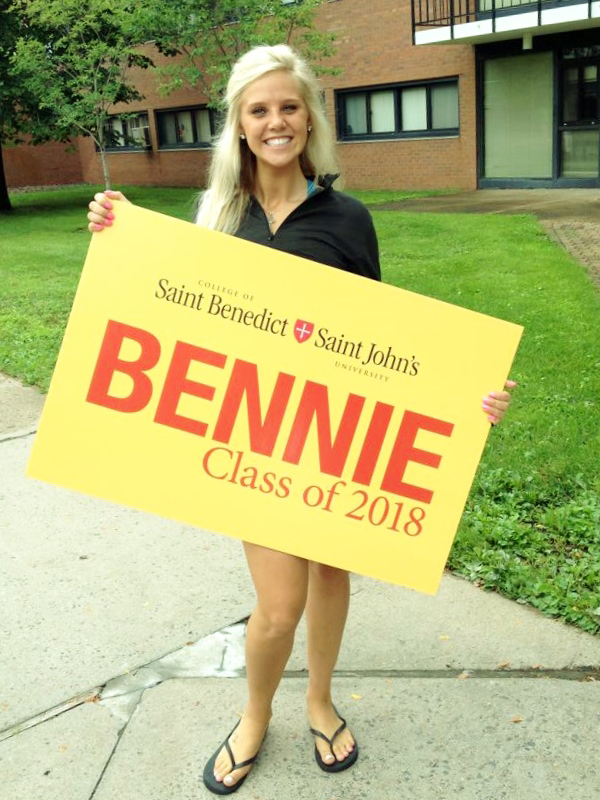 Scholarships did not only help in allowing me to attend Saint Ben's, they are the reason I was able to attend Saint Ben's. I realized at an early stage in high school how important hard work is and exactly how it can impact your future. I also am aware of the value of a dollar, which I think is one of the most important lessons an individual must learn. With that being said, I know that donating money is not the easiest task. If only those who donate realized the impact they are making in students' lives, including my own. I knew I needed to come to Saint Ben's, but it would not have been possible if it were not for the generosity of others.

During the summer of 2012 I realized that I had to spend this vital chapter in my life at Saint Ben's. My brother's best friend, a Johnnie, was killed in a motorcycle accident. Adam Gott was not only a friend, but an older brother to me. The way he adored his school was the way I knew I wanted to feel about my home while I was in college. He lived and breathed the color red. I never knew exactly what CSBSJU was all about until he passed. At his funeral, many people from Saint Ben's and Saint John's confronted my family and I because they knew our relationship to Adam. These Bennies and Johnnies were so genuine, caring, and really came together as a community in such a difficult time. I knew I needed to be surrounded by people like them. I decided to visit Saint Ben's that winter and all of my feelings about Saint Ben's were reassured and my decision was made; I was in love with the community I was immediately welcomed into.