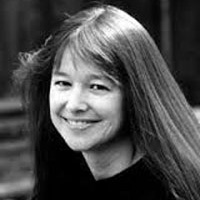 Anne Fadiman is an author, essayist, and editor who touched many hearts on the evening of September 22, 2003 at Saint John's University as she spoke on her book, The Spirit Catches You and You Fall Down: A Hmong Child, Her American Doctors and the Collision of Two Cultures.

Fadiman's first book chronicles the trials of an epileptic Hmong child and her family living in Merced, California. Fadiman's sensitive, incisive treatment of the unbreachable gulf between the Hmong and American medical systems won her a 1997 National Book Critics Circle Award.

Listen to Fadiman's talk or explore her publisher's website for more information. 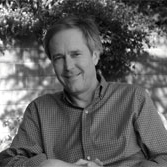 Award winning author and national correspondent for The Atlantic, James Fallows spoke on March 11, 2003 at Saint John's University on the imminent and long term perils of the Bush administration's unfolding war in Iraq.

Speaking to a record crowd that filled the auditorium and adjoining halls, Fallows focused on the complex diplomatic, historical, and ethical issues of Washington's drive to war and our projected occupation of Iraq.

To download an audio file of the talk, visit Iraq The Fifty-first State. Earlier, Fallows was the featured guest on MPR's Midday. Download his commentary and Q&A with the audience. Read more about Fallows and find additional links to his articles on Iraq and related media commentaries at About James Fallows. Acclaimed physician and author Abraham Verghese spoke on "The Search for Meaning in the Medical Profession" and the lessons learned from his nationally acclaimed memoir of HIV/AIDS, My Own Country. Download his commentary here.

"It was the gentleness of his voice," one Saint John's student replied when asked what most struck him about the talk by Verghese on campus.

Verghese visited Saint John's University and spoke on the theme of "The Search for Meaning in Medical Life." Speaking to a full house, Verghese alternated from at times reading selected passages from My Own Country, to sharing his reflections on lessons learned from a plague that transformed his profession, community, and personal life. 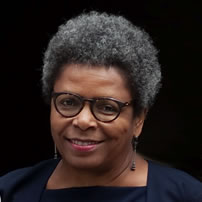 The University Chair in Critical Thinking welcomed NPR's Brenda Wilson to speak on campus about the AIDS pandemic in South Africa. Fred de Sam Lazaro of "The News Hour with Jim Lehrer" presented a lecture in which he spoke of the challenges of covering issues of globalization in our time.