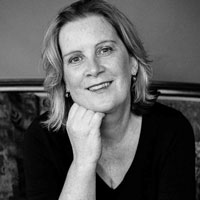 Born and raised in County Mayo, Ireland, and now a Boston author and essayist, Aine Greaney,  visited our Pottery for a reading of her novel, Dance Lessons, for a celebration with the SJU Chair in Critical Thinking in honor of Sr. Colman O'Connell in the spring of 2016. Greaney's writing awards and shortlists are the Hennessy Award for New Irish Writing, the Fish Anthology, the Rubery International Book Award, the Frank O'Connor Award, the Irish News Short Story Award and Indie Lit 2011. Her essay, "Green Card" was cited as a notable in "Best American Essays," and her essay, "Sanctuary" has been nominated for a Pushcart Prize. Her book, Writer With A Job (Writers Digest Books) helps people to find and keep the balance between their creative work and their other careers. She also presents on writing personal essays, short fiction, memoirs, wellness writing and Irish literature. 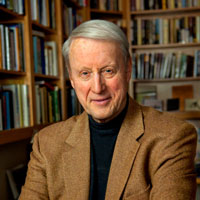 Pulitzer Prize-winning author and former New York Times reporter and editor, Hedrick Smith, discussed his newest best seller, Who Stole the American Dream?, delving deep into middle class America and the historical factors that exclude the working class from achieving the American Dream. Smith, known for topics ranging from education reform and teen violence to Enron and the Pentagon Papers, has critically analyzed a variety of moral, political, and economic issues facing modern America. According to his website, "in 26 years with The New York Times, Mr. Smith covered Martin Luther King Jr. and the civil rights struggle, the Vietnam War in Saigon, the Middle East conflict from Cairo, the Cold War from both Moscow and Washington, and six American presidents and their administrations."