All CEO generations at The T-Spot share a passion for developing leadership excellence and company progress. Each CEO has developed visions and strategies for the future of the business and for the leaders within. Each generation brings about innovations and creations to drive the success of The T-Spot and build a unique experience for a campus environment. Meet each generation and learn more about what they accomplished during their time. 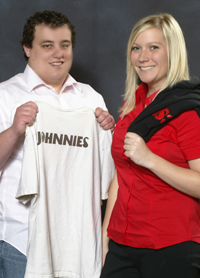