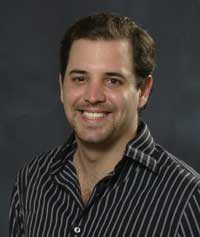 Gustavo Vallarino majored in management at Saint John's University.  He is from Guayaquil, Ecuador. He grew up in Guayaquil and attended an American School there. He came to the United States in 2003 when he began his studies at CSB/SJU. He has been interested in business since he was very young. He enjoys playing soccer and deep sea fishing. When he was younger he was the captain for his high school soccer team and had two junior world records in fishing. He also enjoys traveling around the world and meeting people from different cultures.

He has done several internships with Brenntag Latin America, the Latin American branch for the world leading company in chemical distribution. He is interested in working in the United States or Europe upon graduation for a few years before getting a masters degree in International Business. His dream has always been starting his own business or managing a multinational firm.

Gustavo is studied abroad in Australia. He was the marketing manager for Clemens Perk, the Entrepreneur Scholar run coffee shop in the library on the campus of the College of Saint Benedict.