Celebrating 50 Years of the Abbey Church

The Saint John's Abbey Church has been called one of the most revered examples of modern religious architecture in the world. Celebrating the 50th anniversary of the dedication of the Abbey Church, Professor Thomas Fisher and Bishop Bill Franklin discussed and answered questions concerning the significance of this building. 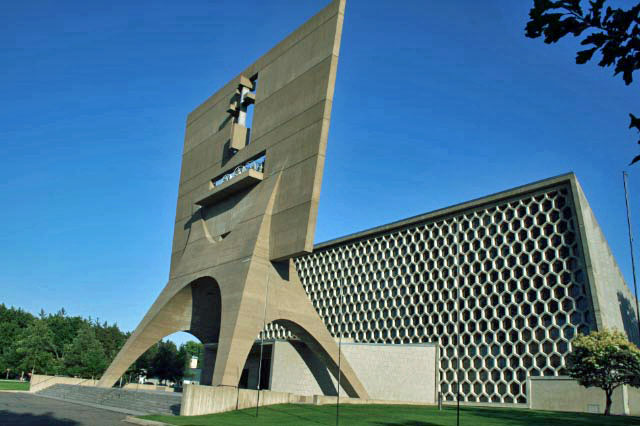 Thomas Fisher is a Professor and Dean of the College of Design at the University of Minnesota. Educated at Cornell University in architecture and Case Western Reserve University in intellectual history, he previously served as the Editorial Director of Progressive Architecture magazine. He has lectured or juried at over 40 schools and 60 professional societies, and has published 35 book chapters or introductions and over 250 articles. He has written six books - In the Scheme of Things, Alternative Thinking on the Practice of Architecture Salmela Architect Lake/Flato Buildings and Landscapes; Architectural Design and Ethics: Tools for Survival; Ethics for Architects; and The Invisible Element of Place, The Architecture of David Salmela.

Right Reverend R. William Franklin is the bishop of the Episcopal diocese of Western New York. He is a native of Mississippi who received his doctoral degree in history from Harvard University and served on the faculty of Saint John's University from 1974 to 1992. He subsequently served as teacher and dean at two Episcopal seminaries, the General Theological Seminary in New York and the Berkeley Divinity School at Yale. He was ordained as priest in 2005 and as bishop in 2011. He co-edited Readings in Christian Humanism while at Saint John's and later contributed "Saint John's and the Liturgical Movement: A Personal View," to the sesquicentennial book, Saint John's at 150.

On October 12, 2011 the Benedictine Institute presented a program called "Lunch and Learn," covering the 50th anniversary of the dedication of Saint John's Abbey and University church.  The focus of this presentation was on the needs and ideals of the Saint John's community of the 1950s when the church was planned. Roughly eighty faculty and staff members made up the audience. Father Hilary Thimmesh, O.S.B, one of the members of the church planning committee, was the speaker. 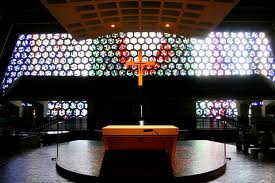