Students First, Cadets Second, Successful Always
Interested in finding out what other Cadets think of the Fighting Saints ROTC Battalion? Here's where you can learn about the ROTC experience from motivated students just like you. 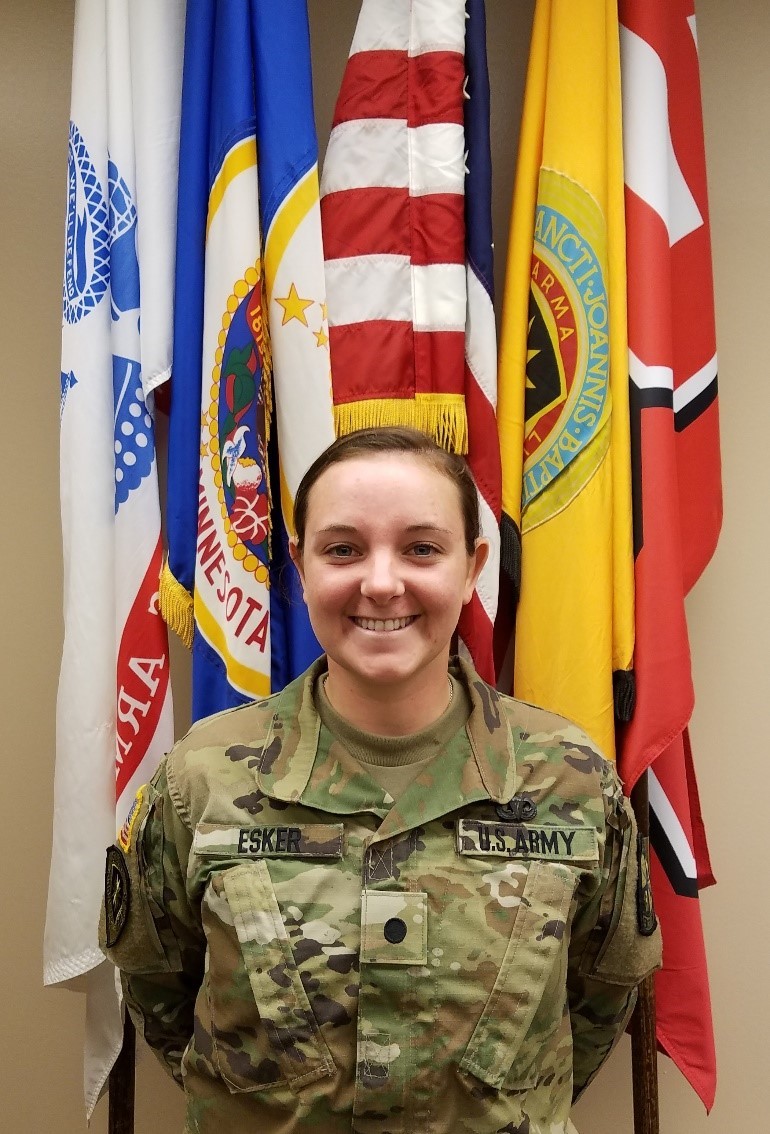 Cadet Esker is a graduate of Xavier High School in Cedar Rapids, IA. She is pursuing a Bachelor of Science in Nursing, and is currently involved with Students for Life and the Nursing club. Cadet Esker also enjoys participating in ROTC special teams such as ATM, Ranger Challenge, and the Bataan Marathon team. 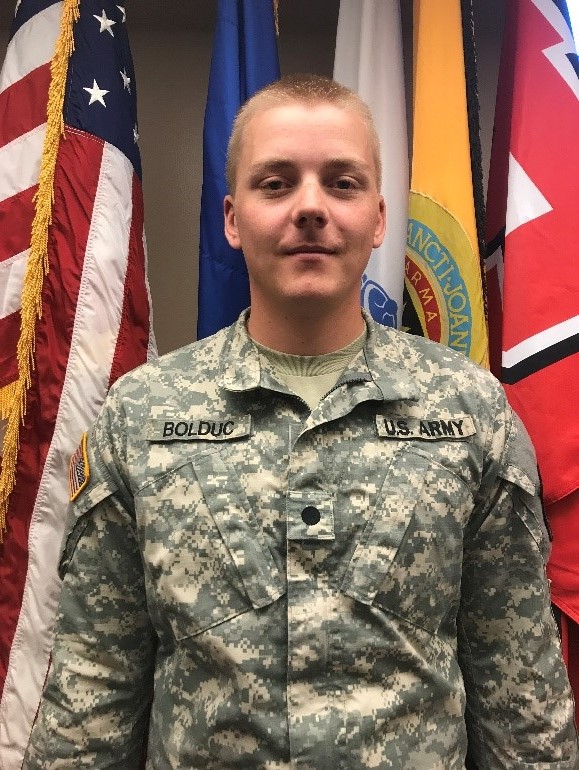 Cadet Bolduc is originally from Princeton, Minnesota where he also went to high school. He is currently in his senior year at St. Cloud State University studying mathematical economics. He enlisted into the Army Reserves in June on 2013.  Upon commissioning, Cadet Bolduc intends stay in the USAR and is hoping to be selected for the Quartermaster branch. A fun fact that not a lot of people know about him is that he started dating his wife Halle when he was in seventh grade.

“ROTC has taught me a lot about myself. I have grown into a better leader and feel better about life after school.” 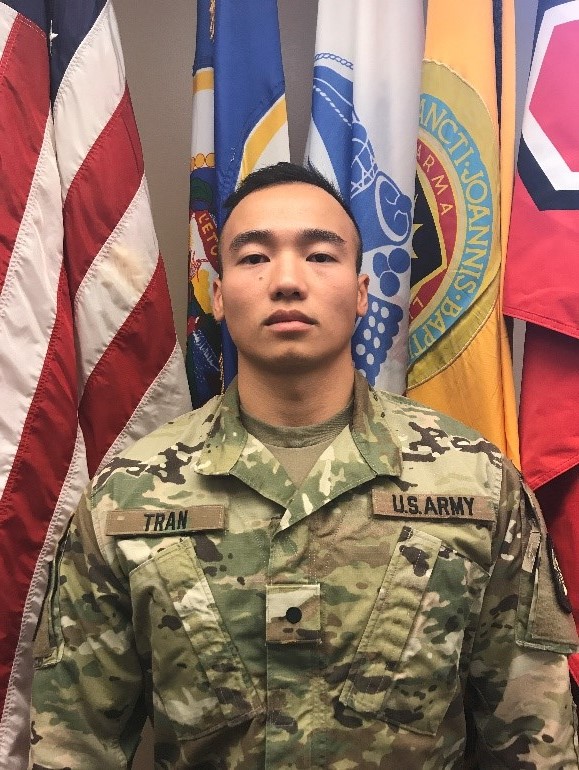 Cadet Tran attended Apollo Senior High School in Saint Cloud, MN.  He is a prior service medic and field surgical specialist.  Cadet Tran enjoys shooting, working out, hiking, and video games. He is the Basic Rifle Marksmanship Instructor for his unit.  Cadet Tran is pursuing a Bachelor of Science in Nursing at Saint Cloud State University

“Speak softly and carry a big stick; you will go far. If you can be safe, be deadly. Motrin and water.” 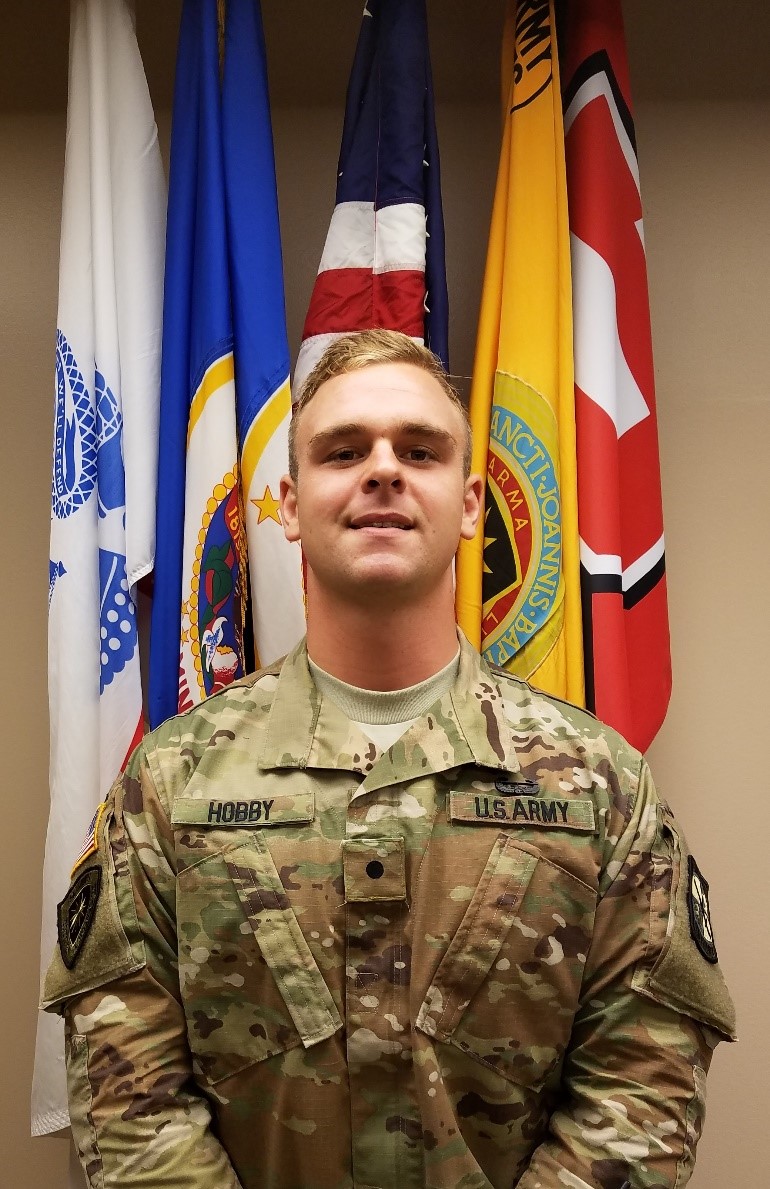 Cadet Hobby is a graduate of Great Oak High School in Temecula, CA and is pursuing a Bachelor's Degree in History.  He is currently involved with the St. Johns football team, Republican club, and coaching Great Oak football. Cadet Hobby also enjoys participating in the KU Ranger Buddy team.

“I have wanted to serve my country ever since I can remember. ROTC has given me that chance, and I couldn’t be more honored to do it as an officer.” 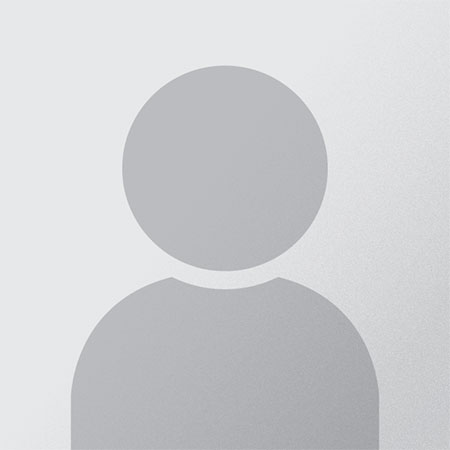 Cadet Miller is a graduate of Esko High School in Esko, MN. She currently plays hockey at the College of Saint Benedict and participates in intramural softball, the nursing mentorship program, and volunteers through nursing and hockey.  Cadet Miller is currently pursuing a Bachelor of Science in Nursing. 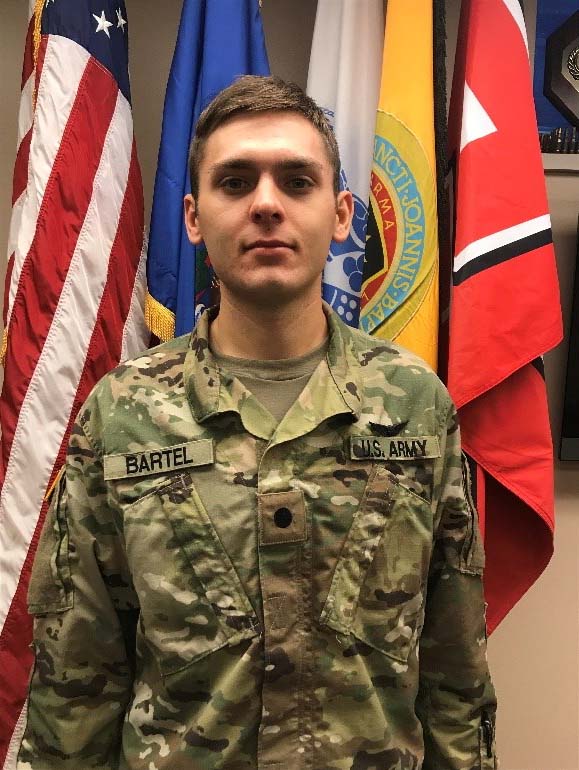 Cadet Bartel is a graduate of Rockford High school in Rockford, Minnesota. He is currently pursuing a Bachelor of Arts in Criminal Justice and is a Public Safety Officer at St. Cloud State University. Cadet Bartel likes to spend his free time with his friends or online gaming with others.

"You shall, I question not, find a way to the top if you diligently seek for it; for nature hath placed nothing so high that it is out of the reach of industry and valor" - Alexander the Great 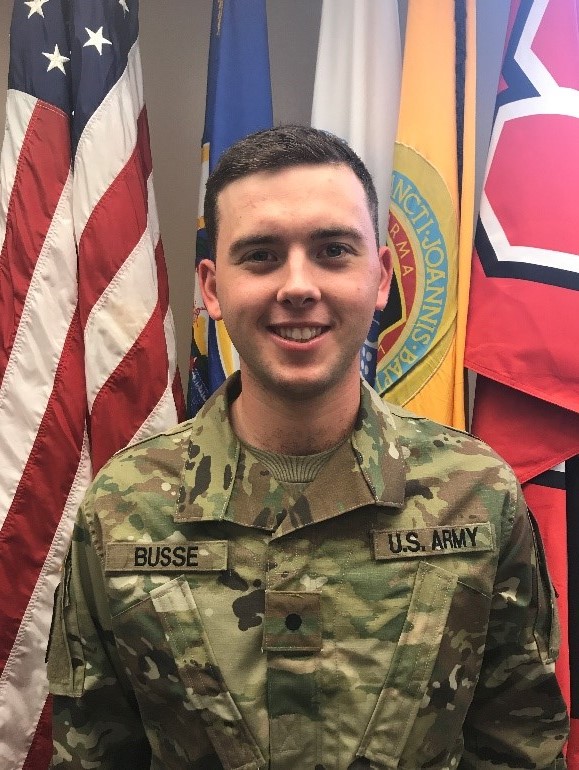 Cadet Busse attended Eden Prairie High School in Eden Prairie, MN. He is pursuing a Bachelor of Arts in Global Business Leadership and is currently the Captain of the Army Ten Miler run team for the Fighting Saints Battalion. He has participated in the Army Ten Miler as well as the Bataan Death March multiple times while in the program.In his free time Busse likes to cook for his friends, hunt for deer and pheasant in the fall, and fish all year round.

“The Army is an organization based on its people. If you push yourself to a higher standard the Army will open doors to new and exciting opportunities to further your development and knowledge." 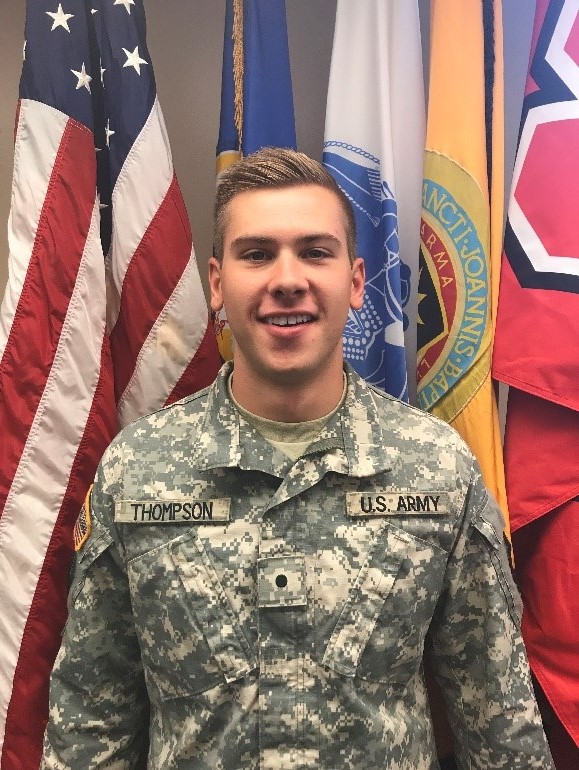 Cadet Thompson is a graduate from Chisago Lakes High School in Chisago, Minnesota. He is currently pursuing a Bachelor of Arts degree in Global Business, which he plans to use in marketing after graduation. Among other things, he has participated in Ranger Challenge, KU Ranger Buddy, and has had the opportunity to go on a CULP trip to Thailand.

"ROTC has taught me numerous life lessons involving leadership, personal courage, and empathy which has helped form me into the person I am today." 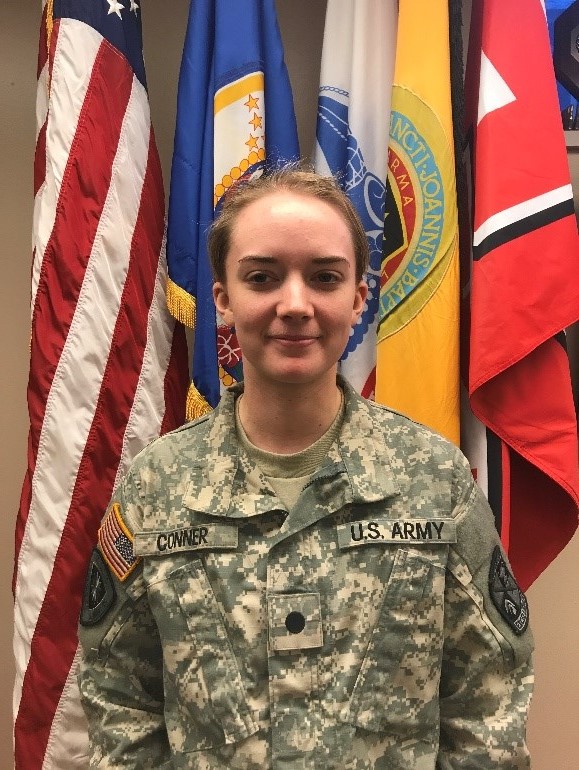 "ROTC has allowed me the opportunity to tackle leadership roles with the confidence I need to be successful in the Army. Both my successes and failures have guided me into becoming a leader that I hope others will look up to and admire.” 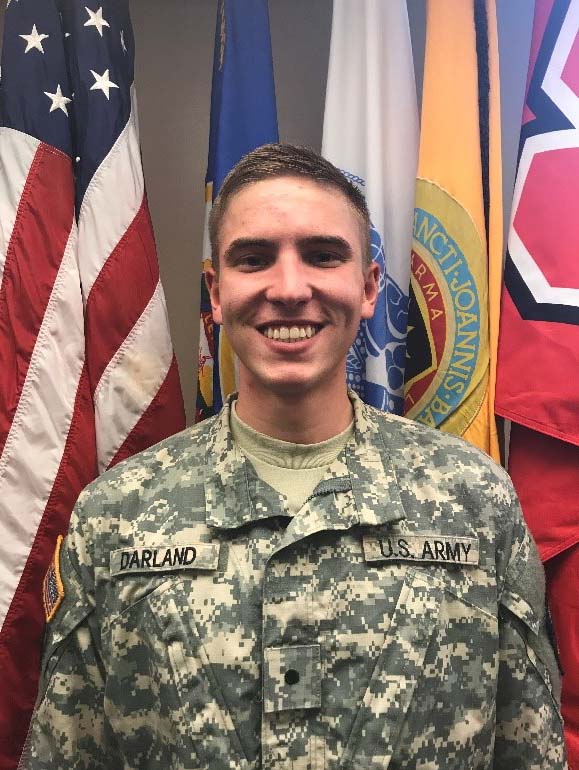 Cadet Darland is a graduate of Dassel-Cokato High School.  He is pursuing a major in biochemistry with a minor in psychology, on a pre-pharmacy track. Darland has been a member of the Saint John's Swimming and Diving team, Army Ten-Miler team, and the Co-Ed Bataan Memorial Death March team.

"The Fighting Saints Battalion has become an extended family that supports and pushes one another to adhere to excellence. Being a part of this battalion has motivated me to be the best Cadet and future officer I can be." 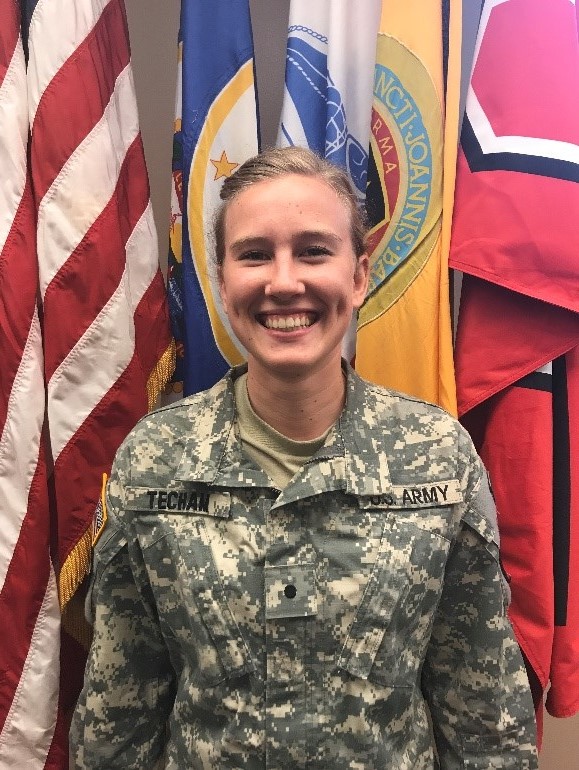 Cadet Techam attended Osseo High School.  She has participated in Ranger Challenge and was a member of the Fighting Saints Battalions Bataan Death March Female marathon team. She participates in intramural volleyball and softball. Cadet Techam is a nursing student at CSB.

“ROTC has given me many tools and resources to be a leader in society and has given me lasting relationships with Cadets that will last a lifetime.”

Cadet Clausing is from Brooklyn Park, MN. He has been involved with Bataan Death March and intramural dodgeball. He is pursuing a degree in Criminal Justice at St. Cloud State Universtiy.

“ROTC has taught to better discipline myself so I can achieve the goals I have in life.” 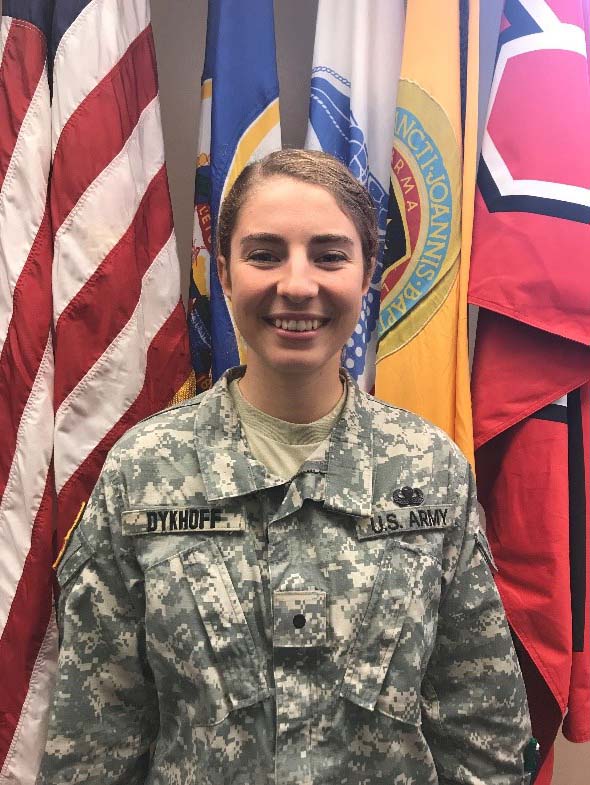 Cadet Dykhoff hails from Maple Grove, MN and is a graduate of Providence Academy. She is a nursing major at CSB, spent two years on the track team, and spends Thursday nights after lab helping to teach with the Ballroom Dance Club. Within ROTC, Cadet Dykhoff has spent four years on the female Ranger Challenge team, which she is now the captain of, and has participated in both KU Ranger Buddy Challenge and the Bataan Memorial Death March.

"ROTC has been invaluable in molding me into the person that I am today. I am so thankful for the opportunities it has given me to grow and develop as a leader, and to make some unforgettable memories with even more remarkable people." 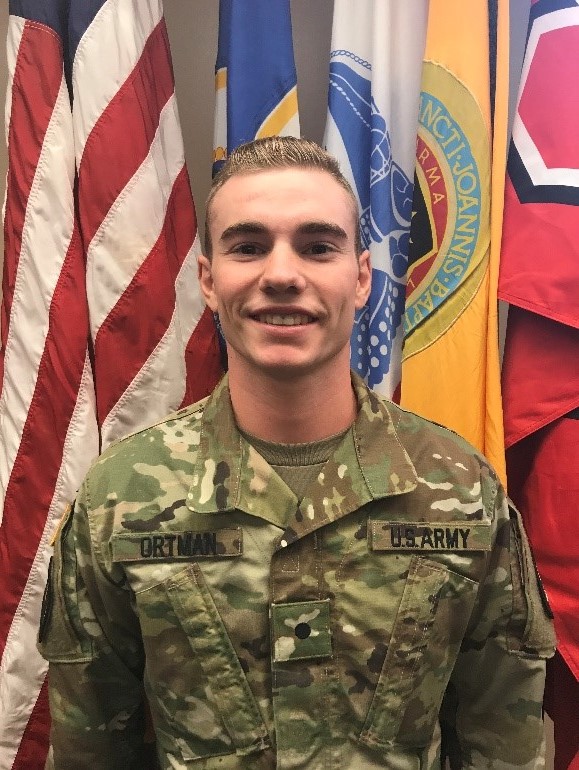 Cadet Ortman is a graduate of Pierz Healy High School in Pierz, MN. He is pursuing a Bachelor's Degree in Business.  He is currently involved with the St. Johns wrestling team, intramural volleyball, coaching Royalton wrestling, and Johnnie Blend. Cadet Ortman also enjoys participating in ROTC special teams such as Ranger Challenge and the KU Ranger Buddy team.

"ROTC has taught me it is your attitude, not your aptitude, that determines your altitude." 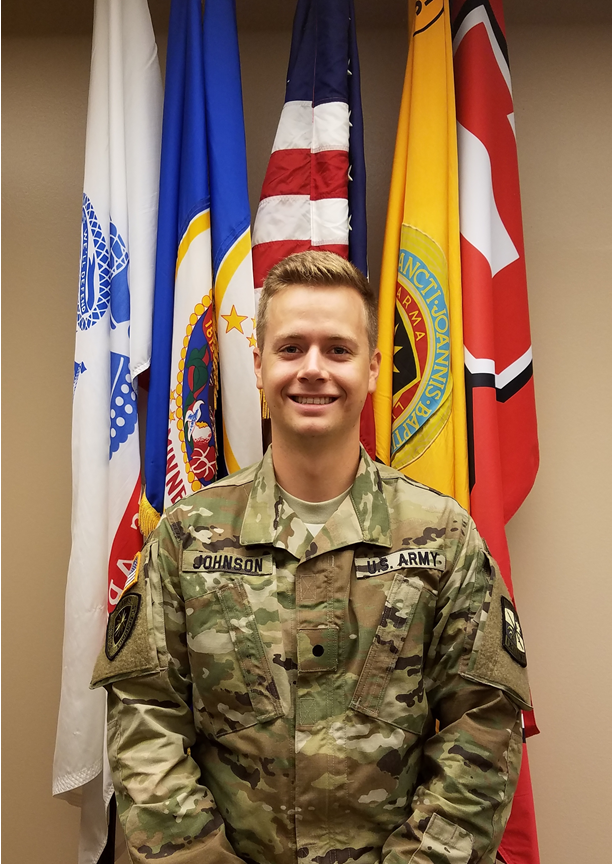 Cadet Johnson graduated from Mankato West High School, MN. He is pursuing a Bachelor’s Degree in Political Science at St. John’s. Throughout his years, he has been involved in the Army Ten Miler, Bataan, and KU Ranger Buddy Competition. In his personal time, he enjoys going back home to hunt and going on ski trips with friends and family. 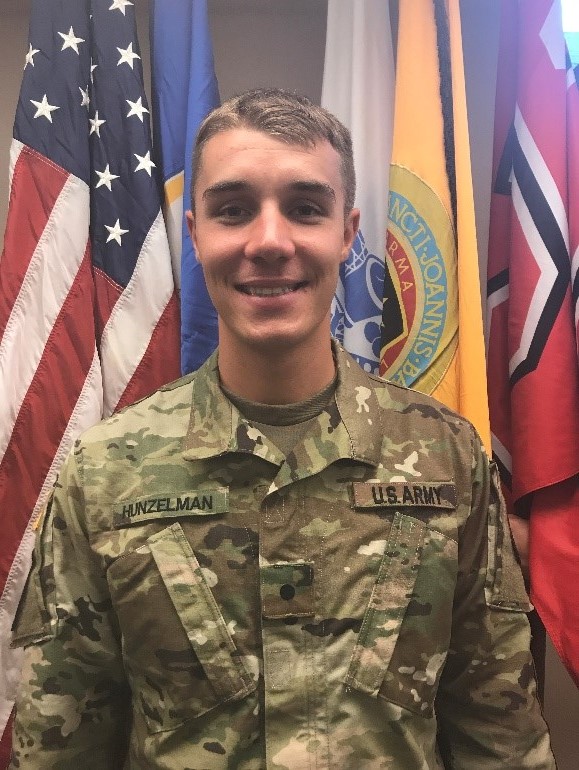 "ROTC has given me the tools to become a better leader while providing me with experiences to challenge myself physically, mentally, and emotionally."

“ROTC has given me many experiences and learning points that I am happy to bring with me throughout my life’s journey.” Cadet Schultz attended school at the Brainerd Senior High School in Minnesota. He earned his Associate of Arts degree at Central Lakes College in Brainerd. He currently is an active member of Phi Kappa Tau Delta Epsilon Chapter, which helps raise funds for the Serious Fun Children’s Network. This organization creates opportunities for children and their families with serious illness. He is pursuing a Bachelor’s degree in Criminal Justice at St. Cloud State University.

“Being a part of the Fighting Saints has been a great experience. I feel better prepared to be an officer in the United States Army.” 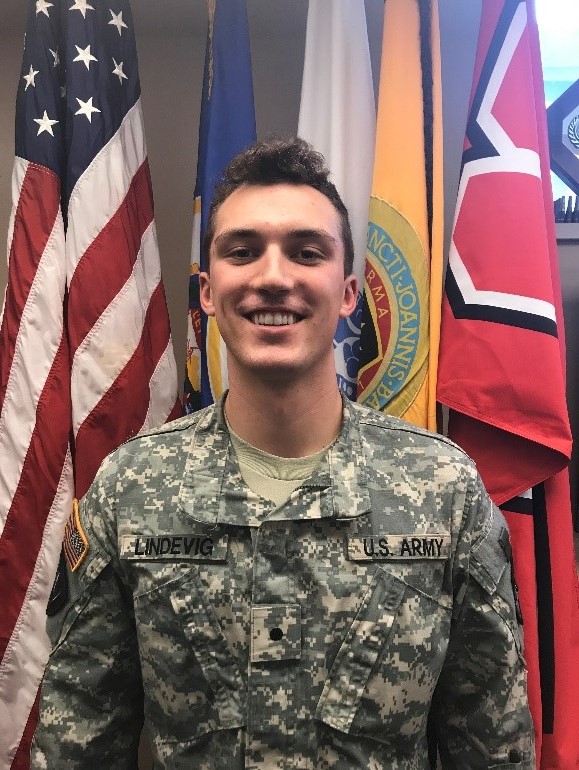 Cadet Lindevig is a graduate of River Falls High School in River Falls, WI. He is pursuing a Bachelor of Arts in Biology. Cadet Lindevig has participated in Ranger Challenge for the past three years and enjoys hanging out with his fellow classmates.

“I wouldn’t be where I am or who I am today without the things ROTC has provided and taught me over the past four years.” 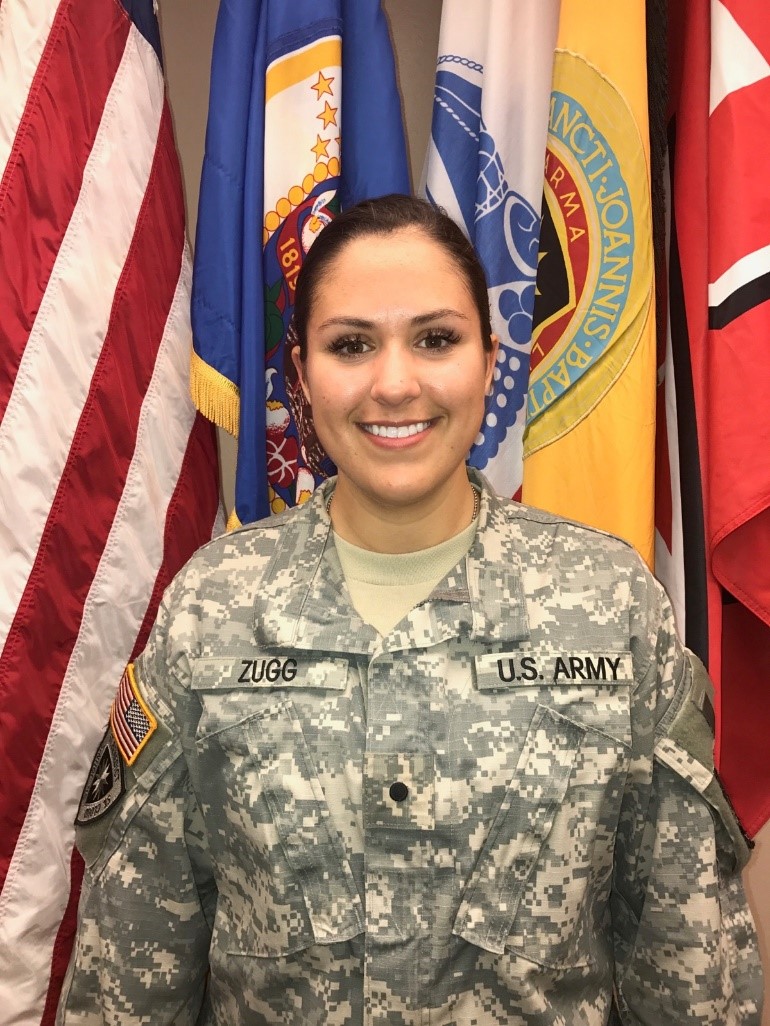 Cadet Zugg is a graduate of Mat-Su Career and Technical High School in Wasilla, Alaska. She is pursuing a Bachelor of Science in Nursing. Cadet Zugg is currently a captain of the College of Saint Benedict Swimming and Diving team and participates in intramural volleyball and softball. She is on the nursing department curriculum council and the executive board of the nursing club. She also participates in ROTC special teams such as the Army 10 Mile and Bataan Marathon teams. Cadet Zugg enjoys fishing, playing the piano, riding her snowmobile, and climbing mountains.

“The Army has already given me so many great opportunities as a cadet. I've traveled to West Africa, worked in Hawaii, and made friends from all over the country. I am very excited to see what opportunities it offers me as an officer.” 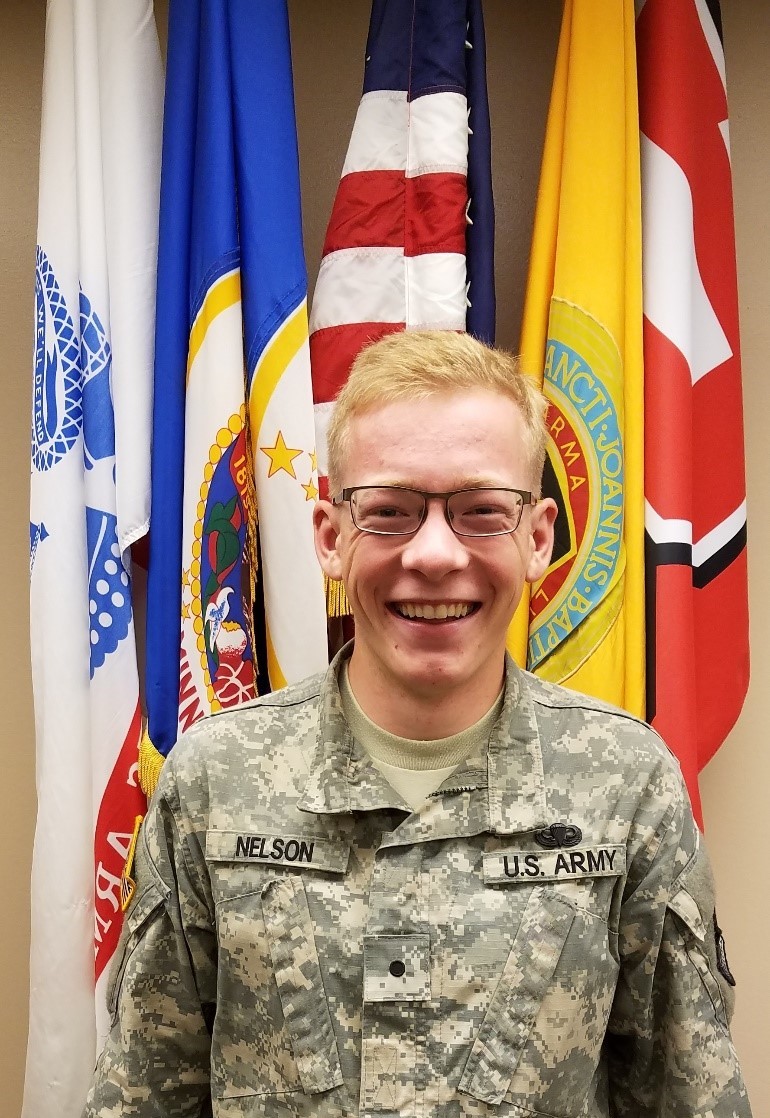 Cadet Nelson is a graduate of Vilseck American High School in Vilseck, Germany. He is a two-sport athlete on both the cross country and track teams at Saint John’s University. He is the treasurer of the university’s Physics Club, a member of the school’s Student Conduct Board, and is a member in the Student Solutions Pre-Engineering club. He is pursuing an Applied Physics major with a minor in Mathematics.

“ROTC has helped refine my interests and has helped set me on a path to success. The experiences I have received through my training during my ROTC career will stay with me for a lifetime.” 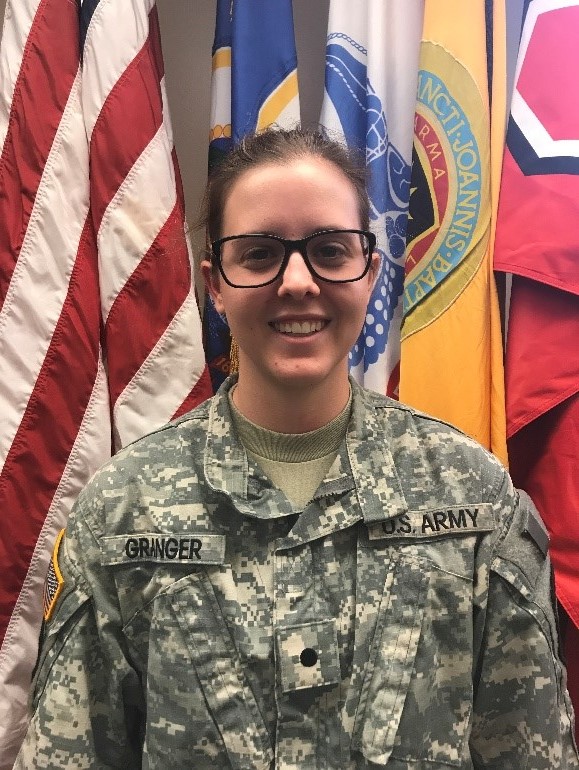 Cadet Granger is a graduate of Pope John Paul II Catholic High School in Huntsville, AL. She is pursuing a Bachelor's Degree in Psychology and is currently the treasurer of both the Esports Club and the Service Sorority on campus.

"ROTC has taught me that when people are determined they can overcome anything."